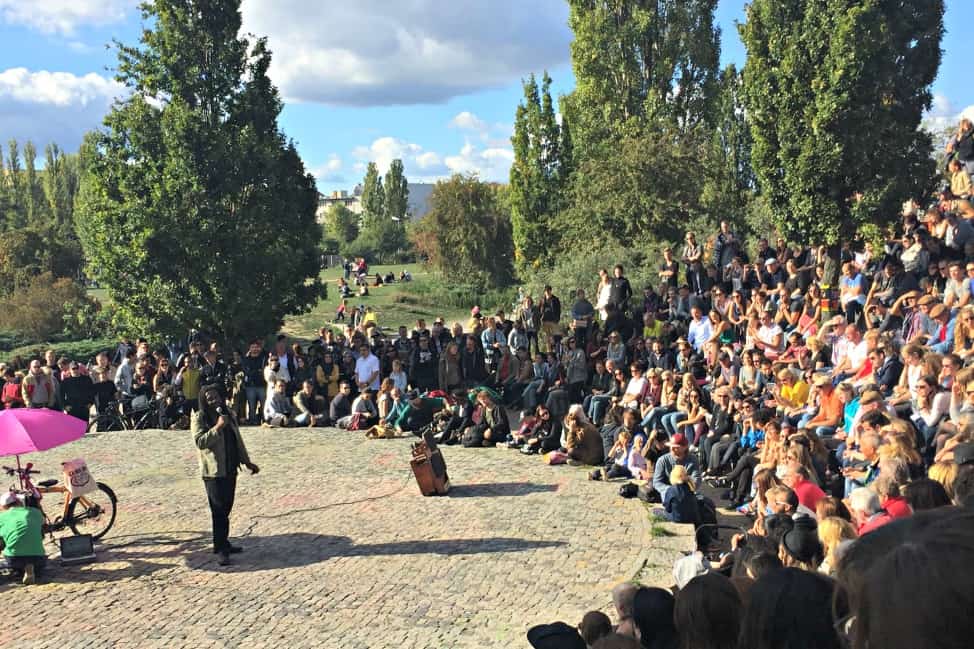 Some nights I lie awake in bed just listening to the trams roll past. The sound is foreign to me, much like this entire expat experience. It’s the tiny details that stand so sharp in my mind when I think about what it means to be an expat living in Berlin.

I’ve been meaning to write this post for ages, but I’ve always been worried about publishing it. So I’ve started and stopped a dozen times. Tomorrow marks my seven-month anniversary in Berlin.

I have a knack for showing up in places just before turmoil breaks out. Calgary during the floods. Mexico during the swine flu outbreak. France when Air France went down.

And, of course, I showed up in Berlin just before little Alan Kurdi’s body washed up onshore in Turkey and all hell broke loose over the refugee situation.

Over the months, I’ve followed the stories closely. I try to avoid comment sections now, but I didn’t always. Rarely the good side of humanity is shown in those comments; instead, some people suggest tossing displaced people into Germany’s concentration camps. Many people make sweeping statements about an enormous group of people. Where social media should be revealing the devastation of people in need, instead it seems to be mostly used as a platform for hate. And the vocal always stand out.

I’m all for free speech, believe me. But there’s a difference in expressing concern over your country’s security and saying that refugees should be sent to gas chambers.

Since most of my friends are back in North America, my news sources also tend to be from Canada and the United States. I noticed a trend of comments from people not living within Germany proclaiming how Germany is essentially a war zone — an overrun country, a place of instability. The terrible assaults in Cologne did not make things any better, and instead of anyone advocating for these women, or actually caring about the victims in the slightest, “rapefugees” became a term and people started using “the assault in Cologne” as the main motivator to be anti-refugee. Can you name even one of the victims that were assaulted? No, probably not. I can’t either, because it didn’t make the news cut.

People say things like “look at the situation in Germany.” But it seems to me that most people, all 80+ million Germans and foreigners, are happily going about our lives as we always do. After all, multiculturalism has been the heart of Berlin since WWII ended. (Well, West Germany, at least.)

Germany’s situation is far from perfect. But Germany is a country filled with incredibly educated people. Let’s consider the sheer enormity of how this place rebuilt itself from a pile of rubble into one of the world’s leading powers and economies in a ridiculously short amount of time.

In fact, cities like Berlin depended on Turkish immigrants after WWII to rebuild the city. That’s why there’s such a massive Turkish population. And none of that was easy or perfect either, but what would Berlin be without its doner kebabs and its Turkish-run Spatkaufs on every corner?

I don’t pretend to know much of anything about the inner workings of Germany. I’m not a political person. But here’s what I know from my own personal experiences in Berlin. (And, of course, Berlin is nothing like the rest of Germany. But it’s arguably the most multicultural of the lot.)

I spent yesterday having brunch with people from Great Britain, France, and Croatia. We drank beer and listened to music and had a few robust sing-alongs.

On Wednesday I drank wine with a meet-up group from all over the world, including Taiwan, Spain, and India.

The smiley, plump Turkish owner of the Kiosk near my apartment is one of the dearest men I’ve met here. He’s also the only person I’ve managed to have a conversation entirely in German with. (Mostly consisting of one-word sentences, but ya know.)

I’ve participated in Eid festivities at a refugee shelter with a handful of other volunteers. We shared music and food, and the kids played in a bouncy castle. Later, I served food at a shelter where the food was revolting, and yet, not one person expressed dissatisfaction. Even the ones who were clearly more well-to-do.

I walk through Berlin’s streets at all hours of the night, and as usual I worry about leering men and danger lurking at corners. But this isn’t because of conflicting cultures, no. It’s because I’m a woman, and those fears are a “normal” part of life. I stopped volunteering because it’s the far-right uprising that worries me the most. Threats against pro-refugee supporters and shelter workers are a constant.

Sometimes I stand in places of history and I’m overwhelmed to the point of tears. The Berlin Wall, the Brandenburg Gate where Hitler marched through, the tiny plaques on the sidewalk that tell you the names of Jewish families who were hauled out of homes and never returned. Synagogues still need security. I walked past a beautiful water tower in Prenzlauer Berg for weeks before realising it was a former torture chamber.

I spend time at Wohnzimmer, working under dim lighting while drinking cheap bottles of Augustiner. I join the other Germans on the train reading novels, because e-books just aren’t a thing. I go clubbing and dancing, and I indulge in Italian food. My favourite sushi spot is run by a Turkish man with a talent for assembling house rolls. I’m on a first-name basis with the guy who owns the wine bar near my apartment.

Or I go to Mauerpark and peruse the GDR-era furniture, and the old books with their pages dog-eared. And then there are countless galleries and street art murals, and always somewhere, always, a man is playing a keyboard, or selling cheap currywurst for 2.50.

And no, it’s not all roses and rainbows. I got mugged one evening, for example. Housing prices keep getting jacked up, and finding a job is nearly impossible. And these are my experiences — a newcomer, myself being a migrant.

I have a lot of respect for how Germany deals with its past. It’s acknowledged, and openly. At Babelplatz, there’s a memorial for the books that were burned by Nazis in front of Humboldt University. A plaque reads: Where they have burned books, they will end in burning human beings. The real eerie thing is that the quote’s author, Heinrich Heine, was referring to the Spanish Inquisition.

Sometimes there are threats, and sometimes people do bad things. Twice in one week an entire apartment block had to be evacuated for the removal of a dead WWII bomb. And when you read today’s headlines and hear horror stories of civil war and evil, you want to weep with the infuriating knowledge that humanity seems to have an ongoing case of amnesia. You hear stories about unimaginable torture and you think, how did this happen? But it did, and it can again. I can’t ignore the feeling that 20 years from now we’re all going to look back on this time with a great deal of regret and horror.

But I love it here, and I find myself happier than I have been in years. There’s something deliciously liberating about living in a big, debauch multicultural city like Berlin. Come visit. I’ll show you what it’s all about.

Hiking to Puig de Maria monastery in Pollensa, Mallorca
Turning a blog into a business 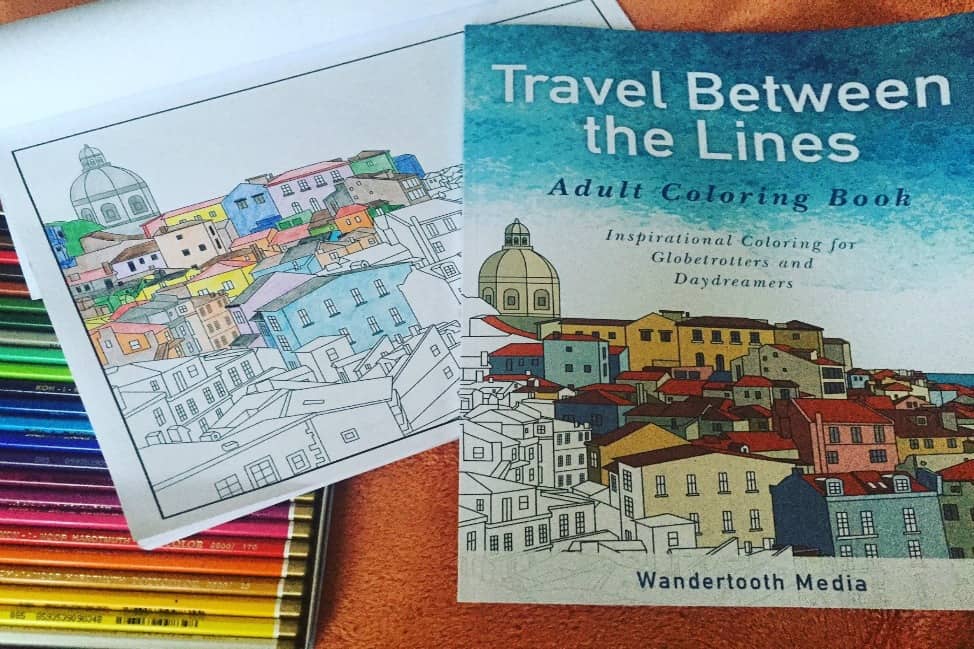 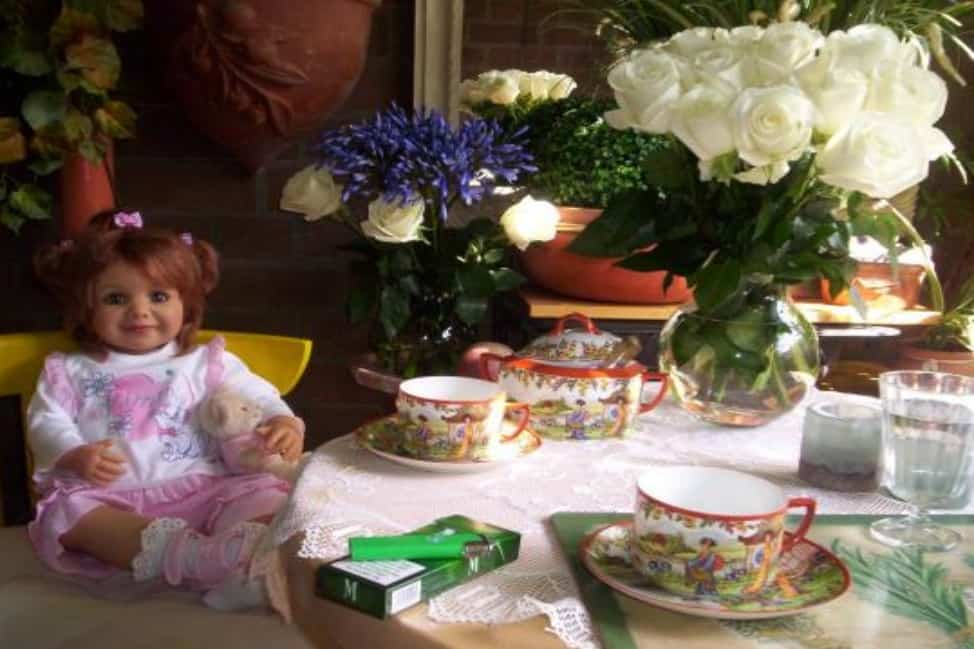