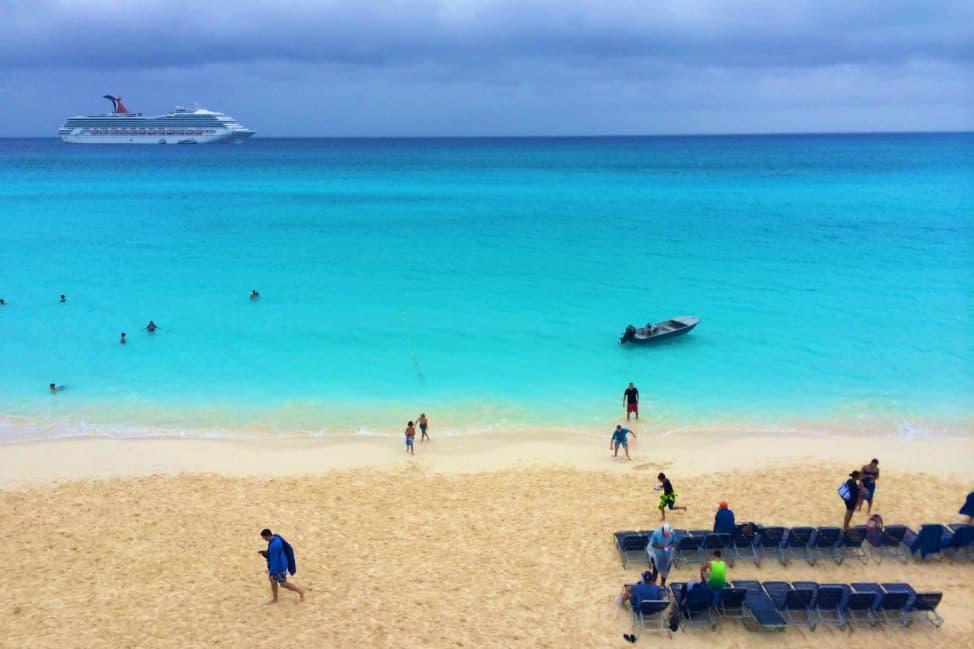 You may have already read about my first-time cruise experience, but I took a whole load of photos that really summarize the experience nicely. They mostly involve drinks, beaches, and smiles. But mostly drinks.

I always stress the importance of taking an ACTUAL vacation. I know many of my readers think I live in a fantasyland where I play hard and work only some of the time. This is only partially true.

But when I travel, I’m ALWAYS plugged in. And I’m FOREVER concerned with social media, and emails, and all the pings and dings that come through my phone from my friends and from my mother who likes to panic every time I take five minutes to respond to her messages. I turned all the notifications off my phone, and yet every now and then, one weasels its way through.

Sometimes you just gotta unwind, let loose, put away that damned smartphone, and relax your freaking face off. Give the world the middle finger! Indulge! That’s why Cailin booked a cruise for us with her Airmiles.

This is what a real vacation looks like. We’ll begin with breadsticks. I apologize for the lack of cropping for this image but I am incompetent. So much so, that I originally wrote “incompotent.” Cailin felt it was her civic duty to introduce me to the Olive Garden, and although all our American friends had a shit fit on Facebook, I gotta say, the unlimited breadsticks were divine. This was the beach in front of our hotel in Miami’s North End. It was pretty ghetto. I got up and went for an early morning swim in the hotel pool, and some older Serbian ladies just stared and talked about me the whole time. Breakfast on the first day of vacation must always start with crepes and sugar. Or bacon. I freaking love this photo. There was such an awesome energy onboard when we were pulling out of Miami. People were singing and dancing and cheering and clapping. Everyone was doing The Wobble, which I learned later is vital for understanding Americans, but nobody has ever told me this, or taught me the dance. I’m told the Cupid Shuffle is also essential. The perfect moment. A sunset as we’re pulling away from Miami, an airplane taking off, and lots of happy, happy people. Even a kissing couple. Seriously. Talk about timing. Meanwhile, Cailin and I are in the corner hovering over a bucket of Coronas. It rained all day at Half Moon Cay, so Cailin and I found the Pirate Ship and decided to order giant jugs of Rum Runner punch. We made friends with a lovely newlywed couple here. Alas, we never did get their contact info. If you’re reading, send me a message! In the meantime, check out that guy’s scowl… Carnival Cruises owns the island of Half Moon Cay in Bahams. I wish the weather were nicer, because this beach is da bomb. This pirate ship was rad. If you ask me what my favourite thing is, it’s a cold drink (usually a beer!) on a warm deck somewhere. Books are a bonus, although I mostly end up people watching the whole time. A little red to liven things up in Nassau, Bahamas. Nassau is an odd place. I didn’t feel all that comfortable that. Most of us went to Cabbage Beach near Atlantis. Apparently there were alcoholic coconuts with free refills for $20. We were sad to have missed that. This is so Caribbean. There were FIVE CRUISE SHIPS pulled into Nassau port in Bahamas. FIVE! That’s like, five thousand people milling around a tiny city. That’s Atlantis in the background. It’s basically an entire city in itself. We had to walk through it to get to Cabbage Beach. I know Atlantis is supposed to be this high-end, mystical place, but I don’t think I’d stay there. The thing is massive. They have their own THEATRE. When your beach day in Turks and Caicos comes with a double rainbow all the way across the sky, you know it’s been a good one. Cailin and I opted for an all-inclusive beach day that included free drinks and food. The ay was so good, in fact, that I don’t even remember this photo being taken. This is the inside of the Carnival Victory. It’s basically a circus. The cruise staff was incredible. I just cannot stress how good everything was. The housekeeping folks even knew that I have a crippling fear of t-rex, so they made me this dinosaur instead. Cailin REALLY got into the cruise spirit. Anyone else think her drink cup looks like a sex toy? And this is what two happy, relaxed travellers look like. Take a good look. Because I am rarely this glowy and almost always five times as haggard.

How do you vacation?

The weird things you’ll find while apartment hunting in Berlin
Beyond Banff: What to do in the Alberta Badlands 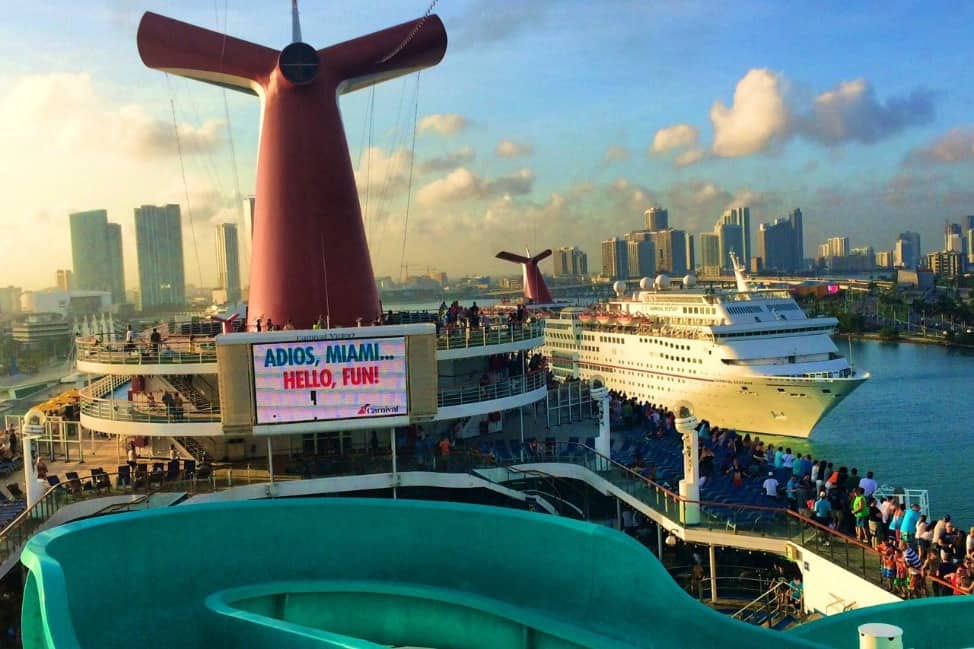