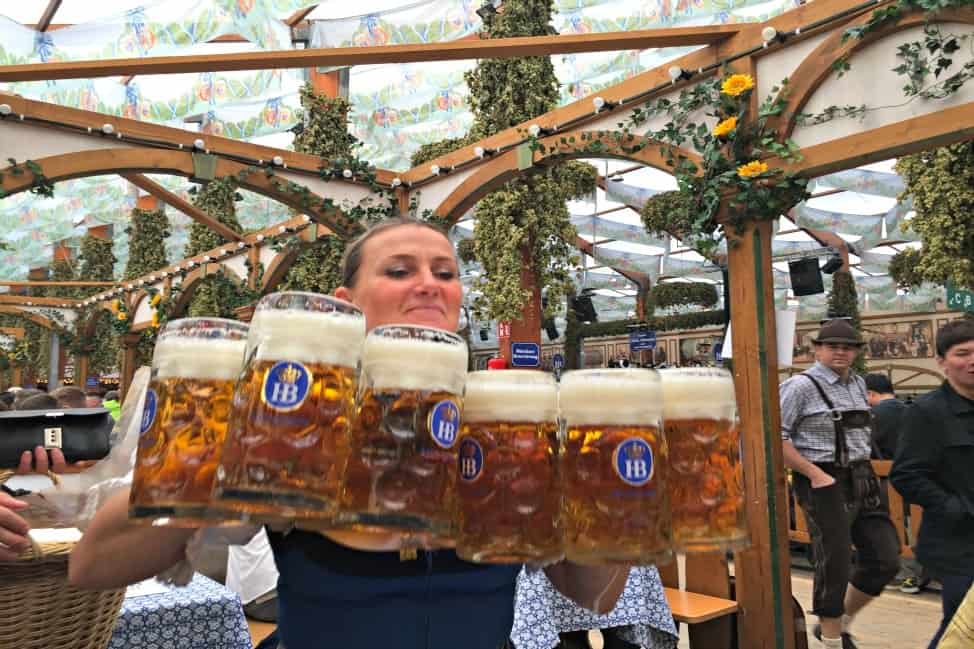 Oktoberfest has got all the elements I love in life: good looking men, costumes, and huge steins of beer. And yet I wasn’t entirely sure I’d enjoy the event. Over the span of 16 days, six million people visit the Oktoberfest grounds…generating a billion euros for the economy. A billion. A billion spent on beer and giant pretzels. It’s mind-boggling.

I’ve come to realize over the years that I hate concerts, festivals, and generally any event where I’m wedged in against thousands of smelly, shitty people all competing for the same views. Such experiences tend to make me abhor humanity and its lack of respect. So while Oktoberfest was one of those things I wanted to experience at least a little, I only booked three nights in Munich.

How silly I was.

I should have known that Germans don’t do anything half-assed. Over the course of 200+ years they’ve streamlined this mega-festival into a well oiled machine. Even the bathrooms at 11 PM were in impeccable shape. It puts Canada to shame.

I reunited with Cailin O’Neil in Munich, and we spent 2.5 days at Oktoberfest. Things got weird.

All you have to do is find a few empty seats at a table, and you’ll be instantly among friends.

On our very first night, Cailin and I didn’t arrive at Oktoberfest until about 8 PM. So we wandered into a random tent (Lowenbrau) and were immediately captivated by thousands of people standing in their lederhosen on benches and tables. We were quite sober. We quickly hustled and found some Israelis jostling for a table, and slipped in beside them like pros. Pretty soon we were all friends. Every 15 minutes, the tent erupts into a song of “Ein Prosit.” There’s a line in it — der Gemütlichkeit — which cannot be translated into English but generally means “to coziness.” The atmosphere of Oktoberfest; the joie de vivre. It’s true. The spirit here is so happy-go-lucky, you’ll constantly be surrounded by fun, friendly people. We met a Russian pilot who invited us to stay with him in Moscow. Cailin got a marriage proposal from a toothless old man. Glorious.

Each pair of lederhosen has a tiny pocket for a tiny knife, and most Germans actually carry one with them (tradition?). And yet, the crime at Oktoberfest is pretty non-existent. Everyone is too drunk and too happy.

The locals come out in droves

Usually big drunken rowdy festivals are met with lots of grumbling from the locals. Lots of eye rolling and mumbles about “stupid tourists.” I’m guilty of all these things. And while some locals do complain about the noise on the festival grounds, about 80% of Oktoberfest visitors are actually German. They LOVE it.

They’re also crazy smart about taking advantage of the influx of visitors. Our Airbnb host Sebastian told us that some of his friends will clear out their entire apartment before the festival so that they can rent their rooms, and they’ll often clear enough cash to pay for rent for the year…which isn’t cheap in Munich (1000EU for a one-bedroom/month).

Cailin and I met mostly Germans at Oktoberfest. One guy from Cologne talked to me for five minutes before asking if I’d like to have sex with him. When I turned him down and pushed him away he looked at me and said, “What about your friend? Would she?” Oh man.

Adults get drunk and hop on carnival rides

I hadn’t even known that Oktoberfest was also a carnival until I showed up on the grounds. The whackiest part of all this is that the rides are temporary…yes, even full-on rollercoasters are erected JUST FOR THE EVENT. And while children and adults both take advantage of the rides during the day, in the evenings it kind of turns into an adult playground with a little bit of “schadenfreude” (taking pleasure in other people’s pain). One evening me and Cailin found ourselves outside a ride called Toboggan, where people hop on a conveyer belt to be carried upwards towards a wooden slide.

Except at 10 PM, everyone is completely wasted and watching drunken adults try to take on the moving belt and it is the funniest thing you will ever see in your life. I’m not kidding. We watched for an hour; we couldn’t stop laughing. Everyone would step up with bravado and then immediately fall on their backs, or panic and grab the railings. I have a video of it here.

You can ride a beer merry-go-round

Me and Cailin stood staring at this merry-go-round for a full minute before she said, “Is that…serving beer?” Weissbier, to be exact. My favourite. Naturally we stayed for hours. The novelty of drinking beer on a converted merry-go-round doesn’t get old. And no, it doesn’t go fast. It kinda creeps around lazily…spinning fast would be bit of a disaster.

Everyone goes all out for the occasion

I’ve never attended a festival before where everyone whole-heartedly embraces the local costume and gets super pumped about it. There’s something incredibly cool about walking around industrial Munich and seeing huge crowds of people dressed up in dirndls and lederhosen. Maybe because they’re such sexy outfits. Men in tight leather pants? HELLO!

Even children and the elderly dress up in some form, and not wearing a costume is kind of weird. Also, memorize some of the beer tent songs beforehand, like “Ein Prosit.” Fit in. Be one with the crowd.

The steins are a litre each, and at 10EUR per beer, you’ll get drunk off of two or three. I mean it’s not a bad deal.

The pretzels are large enough to feed entire families. And half chickens are THE THING to order. I haven’t perfected my half-chicken photography skills but I can assure you, it was delicious.

Six million visitors. Tents holding up to 10,000 visitors (Hofbrauhaus). You’d think you’d be jostling for space constantly, and yet…no. Not really. I never once felt overwhelmed by the crowds. Most days, we headed to the tents around 2-3 PM. We were there mid-week, so it was generally easy to find a spot to sit down. And then you hold onto that seat for the rest of the day because MADNESS.

But most people really do tend to stick to their seats, or their tables. It’s not like people are pushing you around to get to the bar. And eventually you’ll stand on your bench with all the rest and hoist your stein into the air with a hearty “PROST!” and everything is just wonderful in the world.

ON A BUDGET? THE CHEAPEST ACCOMMODATION OPTION: CAMPING!

Stoke Travel has an EXCELLENT camping package for about 65 EUR ($95 CAD) a night which includes breakfast, dinner, welcome drinks, accommodations, guides, and a few other perks. There are direct transportation links to the festival grounds. This is about as cheap as it gets, especially with all those extra perks. HIGHLY recommend! 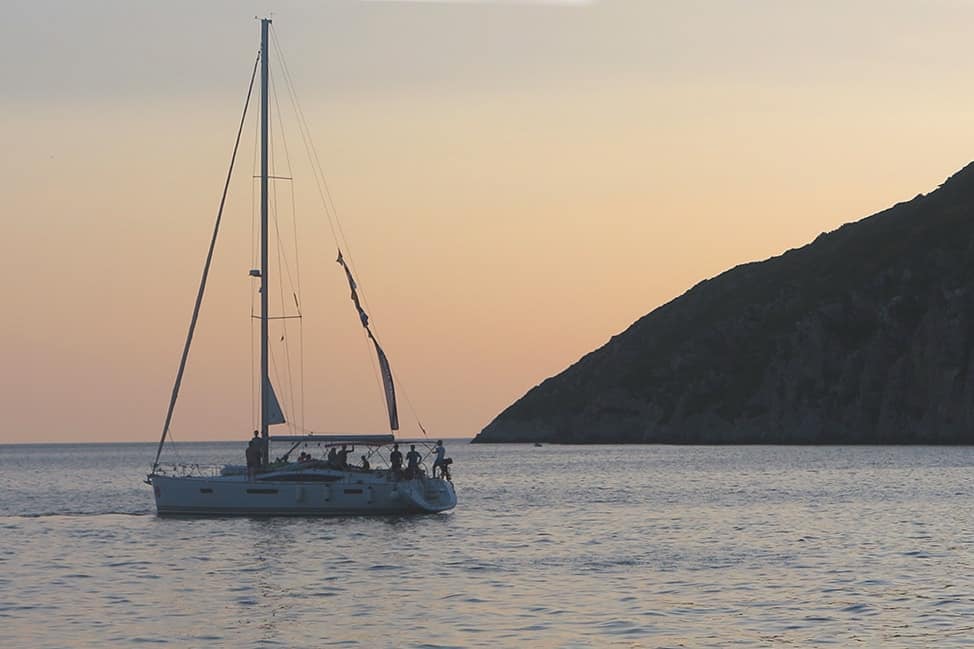 Everything you need to know about The Yacht Week