Fall is one of the best times to visit Newfoundland. I love spring and summer for all its big name attractions – like icebergs and whales – but fall is just always so consistently wonderful. Temperatures might be a little crisp (5-10 degrees Celsius), but the sun is always out and the autumn colours are spectacular. If it wasn’t for the impending doom of winter, fall would be just about perfect.

But there’s a popular misconception that everywhere in Newfoundland shuts down when fall rolls around. And while this is true of some places (especially areas where the main industry is tourism), it’s certainly not true of all places. My good friend Marieke whose family runs the Artisan Inn & Vacation Homes in Trinity on the Bonavista Peninsula invited me and some girlfriends out for the weekend to see what the Trinity Bight has to offer on the shoulder season, post-Thanksgiving. True story: I will never turn down a weekend in Trinity.

Here are some good reasons to visit.

You can enjoy a cozy weekend at a vacation home (it’s cheaper this time of year!) For the second time this year, I found myself staying at the Admiral’s Lookout in Trinity. When I came looking for icebergs back in June, me and my friend Gabby camped out here and enjoyed warm mornings on the front deck wrapped in blankets and drinking coffees, right at the water’s edge. On this visit I camped out in front of the fireplace, enjoying a crackling fire and a tall, tall glass of red (or two). I love steamy summer days but absolutely nothing compares to that sort of bliss. Admiral’s Lookout is a four-bedroom heritage home right on Trinity Bay. The water pretty much laps at the front step. There’s a full kitchen, BBQ, a reading room, a baby’s room, and handmade wooden furnishings throughout from local woodworker Mike Patterson. Considering it can hold up to eight guests, it’s quite affordable in peak season (around $425/night) — but even more so in the fall ($300/night), each with a minimum 3-night stay. (But if you call the Inn and talk to them, they might have shorter rentals available – like if there’s a 1-2 day gap between bookings, they’ll help you arrange that. When it comes to booking in rural Newfoundland, it ALWAYS pays to call in and ask about your options!) Some of the other vacation homes also start at $300/night for peak season, and they’re just as amazing as my Admiral’s Lookout. Yes. It’s mine now – but I’ve toured the others. Shoulder season bonus: The Artisan Inn offers a 3-night stay with a hike and dining package during May, June, September, and October with additional discounts, including a set of Hike Discovery trail maps, dinner for two, two complimentary drinks at the Twine Loft Happy Hour, and a four-day itinerary.

My only regret about my most recent visit is that I still didn’t have enough time to simply sit in the house and enjoy its unbelievable atmosphere.

You can still dine out The Artisan Inn’s Twine Loft still hosts nightly dinner for as long as their vacation homes are open. You’ll pay about $59 for a starter, main course, dessert, tea/coffee, and chocolate from Aunt Sarah’s. On my first visit this summer they served golden, buttery cod fish baked in parchment paper; on this recent visit, it was tender lamb shank. The chef here does a mighty fine job. (Plus if you tell them in advance that you have dietary restrictions, they’ll try to accommodate. That ain’t easy in rural Newfoundland.) Drinks aren’t included in the set menu but you owe it to yourself to try a rhubarb slushie. When we arrived late at Admiral’s Lookout on Friday night, the Twine Loft was closed. BUT Trinity Cabins hosts a Friday night Pizza Night each week until the end of October, and so we ended up with two tasty pizzas and garlic fingers. (If you don’t know what garlic fingers are, they’re worth the trip to Newfoundland.) The Port Rexton Brewing Company has had such amazing success in the local craft brewing scene (seeing as how they’re essentially the pioneering brewery) that now they’re able to stay open year-round – at least on the weekends throughout the winter months. That’s no small feat for a community like Port Rexton with just a couple hundred year-round residents.

I love this place because not only is their beer delicious, but it’s a funky little hipster-esque oasis in the middle of rural Newfoundland. When we showed up on Friday, there was a handful of other people sitting around chatting, playing cards, or just getting to know other visitors. The Oh My Cheeses food truck is parked in the brewery’s beer garden as well. I can happily confirm that a partridgeberry-and-brie grilled cheese sandwich will go well with just about any beer on Port Rexton’s tap.

You can enjoy the remoteness of the Fox Island Hike Of all the times I’ve been to the Trinity Bight, I’ve never hiked Fox Island. I’ve hiked Skerwink twice – it tends to steal all the glory. But I actually liked Fox Island better. It feels a little less…pristine, maybe. Less on a touristy trail and more isolated.

The easy 5.5-kilometre trail starts and ends in the small fishing village of Champney’s West. It’s considered easy-moderate but I’d lean more towards easy; there’s hardly an incline, but the trail is rugged in parts. You’ll loop through the forest along the coast, walk across a small sandbar, skirt the beach, and then head back into the village. You can also divert off the trail and take the goat’s path to the actual island, but we skipped that one (it was muddy and the path is steep). This hike is beautiful any time of year for sure, but the fall colours were unbelievable. Mossy patches of flaming reds and yellowed grass set against the stark evergreens made for some serious photographic moments.

Plus we saw only two other hikers the entire time.

It’s so much quieter than in the summer I mean, even in peak season, the Trinity Bight is still very relaxed. It’s not like you’re jostling other travellers for space. But there’s a particularly refreshing calm when you’re there in the autumn – it’s like pressing the reset button on yourself. The quietness and stillness in rural Newfoundland really can’t be beat.

You’ll also find it a lot easier to meet the locals. People who run businesses in the area tend to get inundated with guests during the summer months, but they’re a lot more easygoing in the shoulder season. Hey, even the locals like company!

You can take advantage of indoorsy stuff in Port Union Port Union is a fascinating little town. It’s the only union-built town in North America, established by the Fishermen’s Protective Union. We stopped by the Coaker Factory Building to see the inner workings of The Fishermen’s Advocate, a widely distributed newspaper until the 1980s. I picked up one really interesting fact along the way: the fact that this paper was so widely distributed disputes the idea that fishermen were illiterate and uneducated. In fact, the newspaper was wildly successful.

On the drive there, me and the girls had joked about how difficult blogging can be. And then we were invited to try out the actual printing press, where arranging letters and stories on a printing block literally took us about an hour for a few words. (I mean, we had no idea what we were doing, but still.) It was super fun and we walked away feeling proud of accomplishing a very haphazard print titled “Trinity Girls Trip.” High five. There are some new developments going on in the Port Union area in the coming year or so too – including a new brewery. Stay tuned!

In the past couple of years I’ve spent a whole lot of time in the Trinity Bight and on the Bonavista Peninsula. It’s likely my favourite part of the island, especially for its natural assets and young, entrepreneurial spirit. Don’t let shoulder season discourage you from coming! It works out excellently if you’re on a budget and if you want to get more off the beaten path. Plus Marieke and her family will take damned good care of you. It says a lot that her family has been operating in the area for years and are still incredibly passionate about their home.

Some of these photos are from my friend Mark Colbert! Thanks for letting me use them! 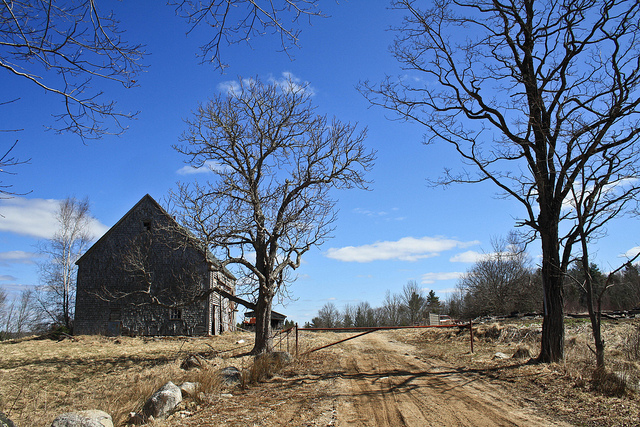 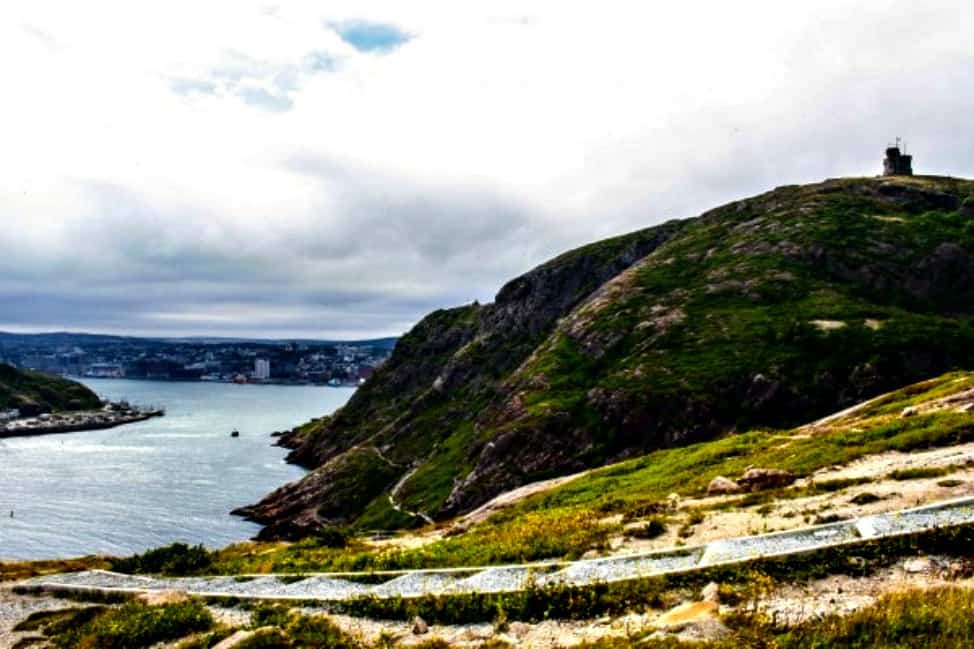 Spring, Some Promises, and Why Some Things Are Worth the Wait 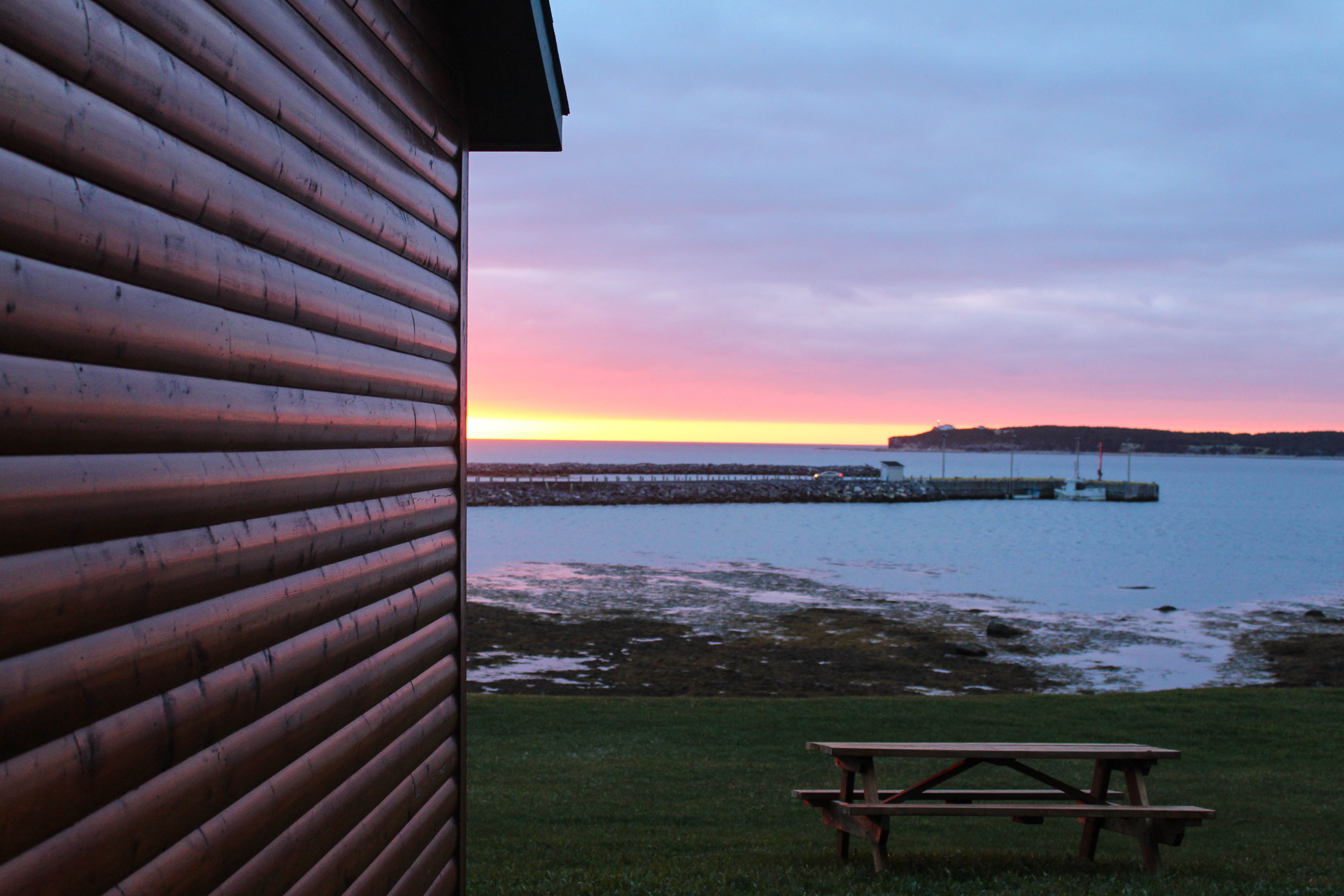 You should definitely go to Gros Morne National Park