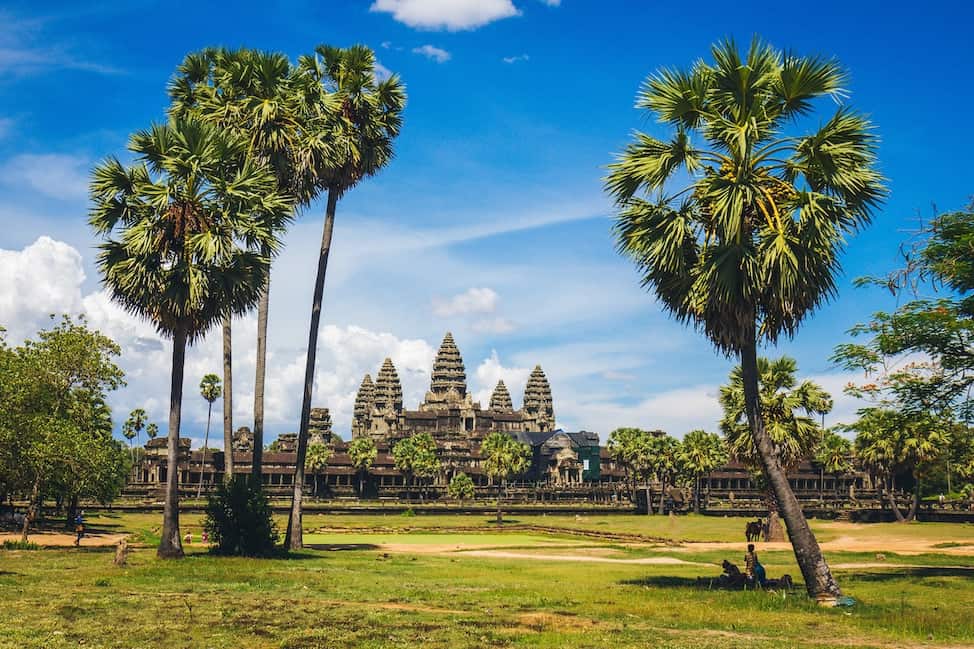 A Quick Guide to Surviving Angkor Wat in March

Angkor Wat was one of the destinations I looked forward to visiting the most on my G Adventures Indochina Adventure. I don’t think it’s a stretch to say it’s one of THE reasons why people come to Southeast Asia these days, and especially Cambodia.

Angkor Wat is an enormous temple spanning over 500 acres, built by King Suryavarman II (113-115 BC). It took 30 years to build and was dedicated to Vishnu, and it has been in use ever since – later as a Buddhist monument in the 12th century.

Generally, when people refer to Angkor Wat, they’re referring to the entire Angkor Archaeological Park which actually spreads out over 400 square kilometers. Yes, you read that right.

Many archaeologists want you think of Angkor as a city that includes hundreds of temples rather than a temple complex. As the capital of the Khmer Empire, it’s possible that over a million people once lived here – the largest city in the world before the Industrial Revolution.

As you can imagine, you want to take your time here. Angkor Wat is beautifully preserved. The walls have thousands of reliefs representing day-to-day life, as well as important gods and figures in the Hindu and Buddhist religions.

The site also has a huge system of manmade canals, dikes, and water reservoirs meant to support the population inside the city.

You don’t want to rush this. Believe me.

However, I visited in March. It was sweltering – well into 40-degree Celsius territory. My face melted off while I was there. Not exaggerating. I’m a pile of human skin now. It’s embarrassing.

So here are my tips for visiting Angkor Wat in March.

Sunrise is definitely the best time of day to visit Angkor Wat. The park opens at 5AM, and you’ll want to be there as the gates open. Surprisingly, I didn’t have to compete for views – the seating area in front of the left reflecting pool was busy, but I had no problem grabbing a seat with an unobstructed view.

Not only is the sunrise amazing (although it was quite overcast when I did it), but also the earliest morning hours are the coolest. You can pack a lot into sightseeing before 9AM, and things start heating up a LOT around 10AM.

After sunrise, make a beeline to the top of Angkor Wat

You can climb a massive, steep staircase to the top of Angkor Wat for amazing views over the temple. It’s worth it, BUT the line-up can be up to an hour long!

We only waited about 25 minutes to climb to the top, but that’s a long time in the glaring Cambodia sun. I’d make a beeline for the staircase after watching the sunrise before most of the other tourists show up.

Spread out your visit

My group only had one full day at the complex, which was a huge bummer. We managed to cover the most popular temples during that time, including Angkor Wat, Bayon, and Ta Phrom. (Bayon was my favourite for all the intricate carving!)

We were done at 1PM, which is kinda nuts. But to be honest, I was fine with it because I was so miserably hot. Even just sitting in the shade was unbearable.

But if I were visiting on my own, I would NOT DO THIS. Angkor Wat is one of the most incredible sites in the world – you owe it to yourself to spend a few days here.

If I had my time back, I’d buy the three-day pass for $62 USD or a 7-day pass for $72 USD (the one-day pass is $37 USD), get up super early each morning, and knock out a few temples before noon. Take advantage of those cool hours!

Being a sacred site, you’re expected to dress respectfully. This means no exposed shoulders or knees, and perhaps don’t let your boobs hang out. This dress code is not terribly practical for sweltering temperatures, but you won’t be allowed on the site without being properly covered.

I did not anticipate this, for some idiotic reason – so I didn’t have a long, flowy skirt with me. I wore long, black pants and a yellow t-shirt. It was not particularly enjoyable.

On that note, make sure you have lots and lots of water (I think I drank about 4L a day in Cambodia), sunscreen, and insect repellent. Stagnant pools of water = mosquito buffet.

There are lots of places around the temples that sell water, fortunately, although it’s more expensive than in town.

Hire a driver instead of a bicycle

You have a couple of different options for exploring Angkor Wat: renting a bicycle, hiring a tuk-tuk driver, or getting a licensed guide.

Don’t do the bike thing, unless you have a death wish. The temples are REALLY spread out, and cycling around in that heat is not gonna do you any favours. Don’t be a hero.

You can hire a tuk-tuk driver for the day who will take you everywhere (and will wait outside each temple) for about $35 USD (or more…depends on your negotiating skillz).

If you’ve got some money to burn though I HIGHLY recommend hiring a guide. You can find certified guides at the entrance to Angkor Wat, or you can arrange a tour in Siem Reap. I don’t think my experience would have been so fantastic if we didn’t have such a knowledgeable, fun guide.

Bottom line: be prepared, spread out your visit, and do NOT WEAR BLACK PANTS. 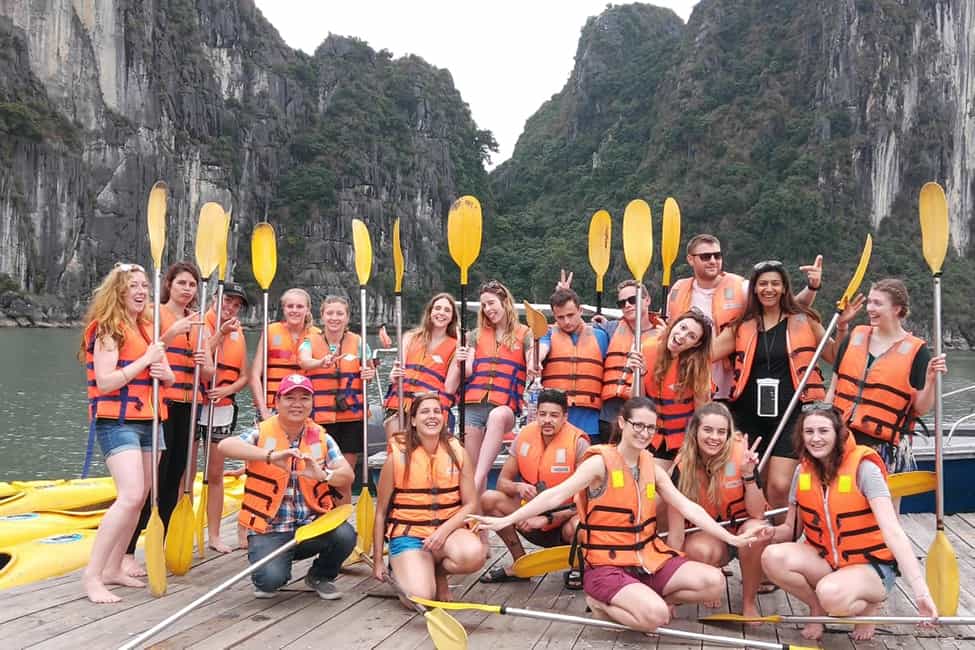