There’s a lot to love about Barcelona. The chaotic mess on Las Ramblas, stretches of (fake) sandy beaches, the Labyrinth of the Old Town. The tapas bars wedged into every alleyway (patatas bravas!). I can see why people spend all their time in Spain here.

I came to Barcelona with a very limited knowledge of the city, or Gaudi. And if you’re not familiar with the name, Antoni Gaudi was the eccentric and uber religious architectural master of Catalan Modernism. The pinnacle of his success is the Sagrada Familia — Barcelona’s ridiculously bizarre and beautiful (and incomplete) cathedral.

I only had two full days in the city before starting my Camino, so I hopped on a Sandeman’s Gaudi tour. I’ve used this company a few times in the past, including in Berlin, and have always loved their stuff. This was an in-depth look into the life of Gaudi and his influence on the city. And it was fascinating.

Probably the most important thing to know about Gaudi is that he was a devout Catholic. And I mean devout. The man prayed constantly. He was often found praying in Plaça Sant Felip Neri, and in fact was returning from prayer there when he was struck by a tram and killed in 1926. While his earlier works weren’t religious in nature, his style always went back to God:

“Gaudi’s strong faith and religious background had taught him that God was perfect, and his creations within nature were an extension of that perfection. If one wanted to create a near-perfect piece of art or structure, then how could one better the form and styling of the natural world?”

Eventually he gave up everything to work on the Sagrada Familia. All his money, everything.

The streets are paved in Gaudi

If it’s your first visit in Barcelona, you might not even realise just how much of the city is covered in his work. Even the city’s sidewalk tiles are covered in his art. You’re literally treading on subtle history. Take a stroll along Passeig de Gràcia from Plaça de Catalunya to Jardinets de Gràcia, and look for the hexagonal tiles with sea-themed designed. The designs are intricate, and are positioned so that seven tiles portray a full scene. Unfortunately, the tiles aren’t always replaced in the appropriate position — you’ll notice some irregular patterns if you look hard enough!

Casa Batlló is definitely one of Barcelona’s most recognised buildings (see feature image). It’s known as the House of Bones, and if you look at the balconies protruding from the building, you’ll see that they’re very skeletal.

A few things that stand out: funky oval windows, stone work that looks like flowing water, and an arched roof meant to look like the back of a dragon. Its facade is covered in plaster fragments of coloured glass, making for one hell of a bright design.

Believe it or not, nobody really wanted to live in this house until Josep Batlló came along in 1900 (it was built in 1877) and decided he wanted a central location to live. Now it’s worth a pretty fortune, and visitors can tour its equally impressive architecture.

Fun fact: the eccentric next door building (the one that kinda looks like chocolate — because it was built for a chocolatier) is named Casa Amatller, by Puig i Cadafalch. My tour guide pointed out the rose marble columns visible in both houses’ front windows. They’re weirdly out of place, but was meant to show off the owner’s wealth to anyone walking by!

To visit: You can order the tickets online and schedule a time to come by. Tickets start at 22,50 EUR.

Just down the street from Casa Batlló is Casa Milà, another of Gaudi’s most famous works. It’s commonly referred to as La Pedrera — “The Quarry.” A lot of locals just kinda hate it. It certainly does lack a certain colourful charm, but its construction is insanely innovative for its time. The stone facade is self-supporting, even with its undulating quality. There are no load bearing walls inside the house, and rooms having sliding walls so that the owner could essentially design his rooms however he/she wanted. It also has one of the world’s first underground parking garages.

The building was commissioned in 1906 by the rich businessman Pere Milà i Camps. He loved the design, even if it caused a bit of local controversy. Consider how modern this whole thing is considering it was built over a century ago.

To visit: People still live in this building, but you can still tour it to get a taste of the architecture. There’s also an excellent rooftop area. Order in advance online. General tickets start at 20,50 EUR.

Back in university, I spent time studying historical architecture in the UK. After six weeks of visiting endless cathedrals, I figured I’d be happy never setting eyes on a cathedral ever again. Man, was I ever wrong. No cathedral in the world even comes close to the wacky and beautiful facade of the Sagrada Familia. Sagrada Familia is the culmination of Gaudi’s life work, but he never got to finish it. How often can you say you’ve visited a cathedral while it’s still being built? History in the making. Be there.

To visit: A basic ticket starts at 15 EUR, while a guided tour starts at 22 EUR. You can (and should) order the tickets online to schedule a time to pick them up. Otherwise, wait times are huge.

Other Sites Worth Visiting

I actually missed a few Gaudi buildings on my visit, unfortunately. I was pressed for time and I regrettably didn’t get to see the interior of any of these buildings mentioned above.

Also worth mentioning is Casa Vicens, Gaudi’s first important building. There’s also Parc Güell, which you no doubt have seen images of. It was once home to Gaudi himself. Globotreks has more information!

Krakow in one day
How to meet people when travelling solo 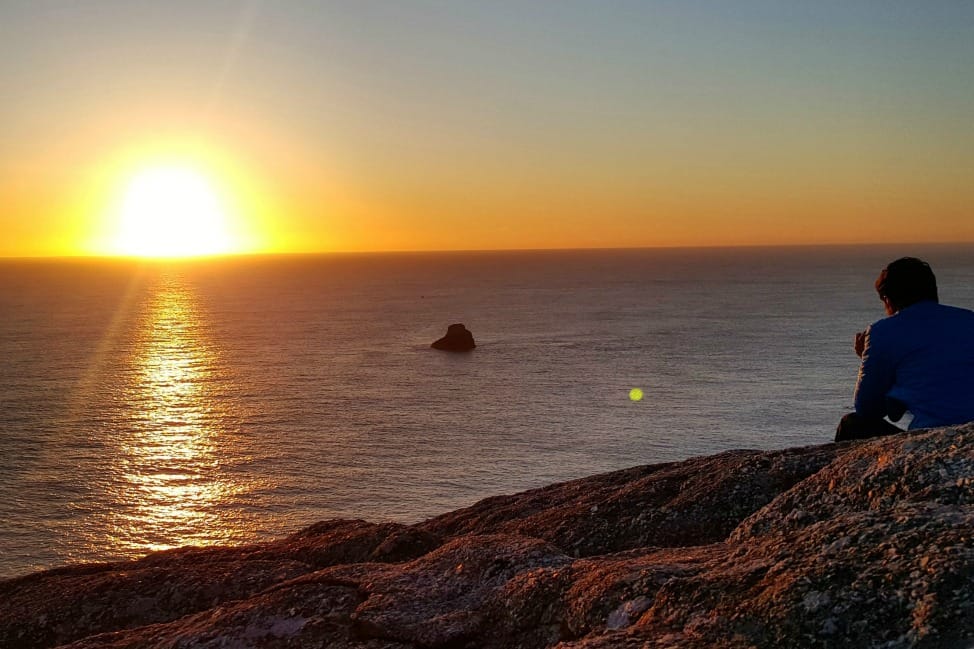