This week I wrapped up a five-day trip to Montreal, where I spent most of the time at Parc Jean-Drapeau for the Osheaga music festival. The festival keeps growing every year, and nowadays is compared to the likes of Lollapalooza and Coachella.

Except it’s based in Montreal, so you can’t really compare it to anything. About 100,000 people come to the city for three days of debauchery and awesome bands. And while I’m not so keen on being crushed by people in rowdy crowds, it was seriously one of the most fun weekends I’ve ever had.

There’s absolutely no point in driving to the Parc. You’ll never make it out of there alive. Instead, take the Yellow Line from Berri-UQAM towards Longueuil, and get off at Jean-Drapeau. Montreal’s Metro is amazingly efficient, and even a small town gal like me learned the ropes pretty quickly. Things did get rather intimate in there, though. 2. Prepare for ALL weather. Even snow. (Just kidding. Maybe.)

One minute I was being burned by the sun while watching Icona Pop, and the next minute the skies had cracked open and were unleashing buckets of rain on me. Umbrella-ella-ellas, people. 3. The park is EXPENSIVE.

Beers are $6.25 a can, or more (tall-boys were over $7). There are long line-ups sometimes for ATMs, so load up beforehand. Food is actually pretty moderately priced – if you’re being cheap, you can score a $3 hotdog or a $6 poutine.

On the other hand, you’re in freaking Montreal…basically the food capital of Canada. If you walk straight past the main stages when you enter the park, there’s a whole area set up with food trucks. I didn’t know this until my final evening, because I failed to study my map more closely. I wept.

There are shows going on constantly around the park, and everything is spread out. The two main stages where all the headlining acts take place are called Scène de la Rivière, and Scène de la Montagne. Other than that, : Scène Piknic Electronik plays electronica and techno further away, and Scène Verte, and Scène des Arbes feature musicians on the other side of the park. Walking distance from the entrance of the park to Scène Verte and Scène des Arbes takes about 15 minutes, depending on how roughly you’re elbowing people out of the way. So plan accordingly.

5. Keep checking the app for updates/changes.

I was DEVASTATED that Macklemore and Frank Turner were initially playing two separate shows at the same time, but on Saturday morning I checked my app to discover things had been moved around. Woohoo! I consulted that app a billion times during the festival to keep me on track. The @Osheaga Twitter page was also helpful in relaying the right info. I started looking for a place to stay about a month before the festival. Silly me!

You’ll seriously need to book your accommodations at least half a year in advance, if you’re planning on attending Osheaga 2014. I was fortunate enough to crash with my buddy Adam and his adorable Yorkie, Eva. But not everyone has such cool friends.

6. When you can, get out and explore Montreal.

Montreal is my favourite big city. (Gee, have I told you that before?) It’d be a shame to not take it all in! Figure out when you have time to explore, and do it. Drink and be merry: There are a million bars and restaurants along Saint-Denis, Saint-Laurent, Crescent Street, and in the Old Port. I wrote about, but it’s a never-ending voyage when I’m there. The Mile End is the latest part of town to tickle the fancy of hipsters and fashionistas alike, so check out that area to escape the more tourist-trodden areas.

And TamTams drum circle, Sunday afternoons at Mont-Royal. Pack a picnic. Take scandalous photos of hippies. Read up on some of my other favourite places in Montreal, while you’re at it.

52-book challenge: An assortment of awesomeness
The exhaustive guide to all things Gros Morne 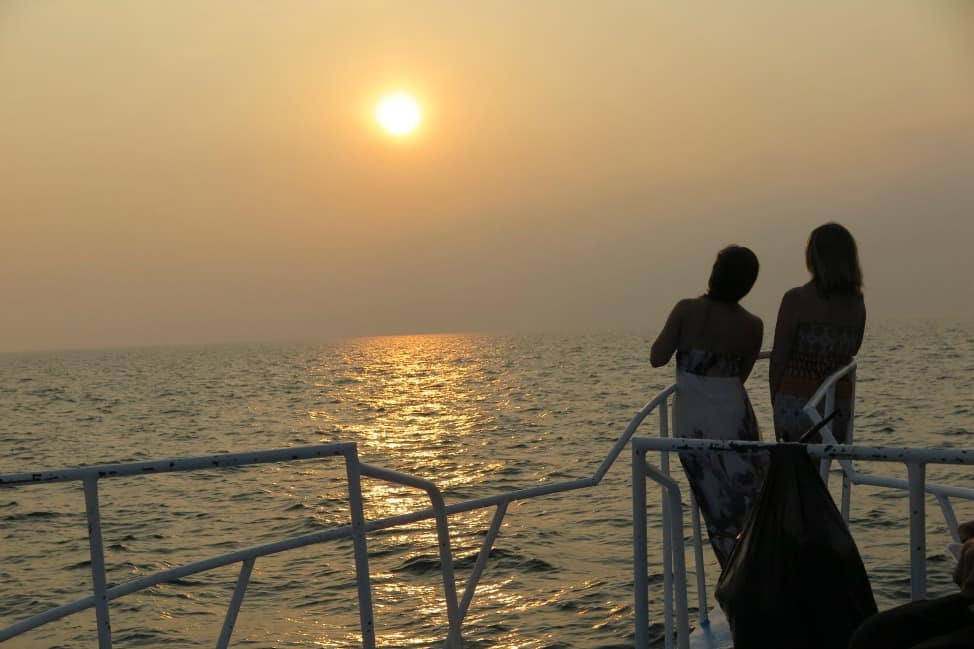