Newfoundland is a hiker’s dream. Having lived in St. John’s for 11 years, I have still barely skimmed the surface of all the offerings in the East Coast Trail network. I try to take advantage of new routes every summer, but as per usual…time slips away. Just like my youth.

More on that later.

For my friend Matt’s birthday, me and four friends decided we’d all get together and tackle The Spout. The most common route  stretches from Shoal Bay to Bay Bulls, just 16.3 kilometres in total (with a 6-kilometre rocky access trail). This sounds easy, non?

I’d like to think I’m a moderately fit human. While much of my fitness routine is counteracted with endless bags of Doritos (Cool Ranch), I’m still very active and have the endurance level of an overworked ox.

But perhaps all those days at my desk had caught up to me. Maybe my pilgrimage across Spain gave me false bravado. Maybe it was because I awoke on just a few hours of sleep on the morning of the hike. But The Spout destroyed me. Quick facts about The Spout:

Starting off was grand, and I had a fairly light pack (I carried a camping hammock instead of a tent; only the tetra pack of wine added unnecessary weight). The loose rock trailhead is a little brutal on the ankles, so I was glad to get it out of the way first. The day was clear and sunny, but not too warm. Overall, it was a perfect day for hiking, despite the looming forecast of evening rain. The going was slow, but we finally reached the Atlantic and paused for a little picnic overlooking the ocean. But somewhere along the way, we took a wrong turn entirely, and we didn’t realize this until we had basically redoubled back over the trail we had just come through. Oh vey.

Okay, fine, I thought. It’s still early in the day. When we reached the actual trail head, we were delighted to see that we only had about 4.5 kilometres to the Spout. Woohoo!

There are some things you should know about this trail. First of all, the “strenuous” label is a very apt description. The trail is barely maintained, so most of it is grown over. You’ll spend the majority of time scrambling over rocks, pulling yourself up by tree limbs, avoiding the rough brush clawing at your legs, and generally cursing the weight of your backpack. It’s a LOT (and I mean a LOT) of ups and downs. You’re never on the straight-and-narrow for long. Your quads and glutes will scream at you in agony. DO NOT WEAR SHORTS. The ocean around the trail was rough, and the waves were high enough to quickly scare off some folks who tried to fish at the water’s edge. But the best part (and this is the part that made it all worth it): we had a humpback whale pod following us for kilometres. There were SO MANY whales all around us — every time we paused, we heard a symphony of  spouts. At one point we counted about 20 of them all feeding in one spot.

They weren’t super close to us, but we did see them breach a few times, slamming their massive bodies into the ocean over and over again. Thank god we had this type of euphoric experience to propel us forward.

The Spout itself is an impressive wave-powered geyser, packing a ton of force. We threw rocks at it to see how high they’d go. We’re five.

(I actually don’t have any photos of the Spout–it just didn’t work out.)

We hung out on the rocks around The Spout before moving on to find our campsite. There are a few designated campsites on the trail, but they’re very basic (raised platforms for tents, and an outside toilet). From The Spout it’s a pretty uphill climb to the Little Bald Head site, and despite the rainy forecast, we were surprised to see others also camping out when we arrived.

We set up our tents, made some grub, and settled in with some whiskey and wine for a few hours before it turned dark. The toilet onsite was actually the coolest toilet I’ve ever sat on–it’s basically a throne on the cliff’s edge, overlooking the Atlantic. As I sat there I could hear whales below me spouting off to one another and I thought, gee, this is the finest seat in all the world! Until I heard someone coming up the trail behind me and I had to wipe and leave quickly. Trail life, yo. The downpour started that night, and although it was mid-July, it was COLD. I regretted not bringing a sleeping pad with me for the hammock, as it left my bottom exposed to the elements. Overall though, I thought the hammock was pretty cozy and an incredible way to spend the evening. It was still damp in the miserable in the morning, but we didn’t have much choice but to pack up our very soggy things and set out shortly after breakfast.

The rain, surprisingly, wasn’t the toughest part about this hike. It was the trail itself. My legs were aching already as I set out that morning, but the trail continued to get tougher and tougher. I had barely slept (does anyone actually sleep while camping?), and I was hungrier than expected.

Thankfully, the trail’s scenic vistas helped me keep my sanity. Sea stacks began popping up, including an impressive giant at Drop Cove. The trail skirts sheer cliffs plunging into the water below, and a lush carpet of moss and trees made for some incredible views as we went.

You’ll know you’re in the homestretch when you reach the Bull Head lighthouse–an operational lighthouse you’ll circle before heading out again. That’s where I started losing my composure, though. My friend Glassman had darted ahead, making use of his energy. Matt and his wife Laura lagged behind, and I kept a reasonable distance because I was in a foul, self-pitying mood and knew I needed to not infect the others. I think I cried the entire last three kilometres. Glassman greeted me at the end, all smiles, and all I could do was climb into the backseat of the car and cry.

When he dropped me off, I took a hot shower, wrapped my hair in a towel, and passed out facedown on my bed for hours. I’ve never, ever felt that level of exhaustion before.

Note: sometimes the trail isn’t very clearly marked, and I almost went off-trail twice. Be aware of your surroundings, no matter how tired you are.

I doubt I’ll do this trail again anytime soon, but rest assured it’s a beauty of a hike. Probably the most gorgeous one I’ve done on the East Coast Trail so far.

Tips for hiking The Spout: 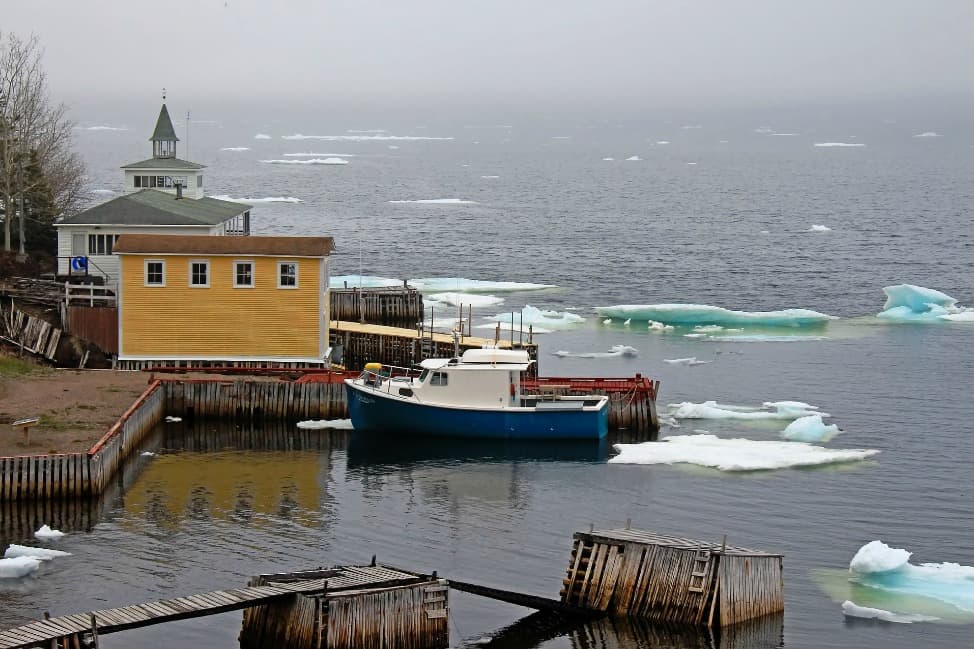