New York City has the remarkable ability to make me feel like the most unworldly person on the planet. Everything in this place is built for efficiency; everything here is meant to make life easy. And yet here I am unable to figure out the bloody grid system (don’t even try to explain it to me) and the restaurant options on Seamless.com are so overwhelming I mostly just go hungry.

Getting to NYC was one of those disasters you only see on TV. I knew I was in trouble when the cab showed up at my house and I could barely lift my backpack into the trunk. It was 4 AM. I got dropped off at the airport and struggled to lift the damn thing through the front door. I had weighed it before I left, and at 35lbs, it seemed an insanely big reduction from my usual 50lb suitcase. Not so, apparently. My shoulders and back still ache.

I could barely stay awake. I slept my way to Montreal, thankfully, and then popped a pill while on the tarmac before taking off for NYC. I woke up angrily thinking, “Why haven’t we left yet?” But we were already in the sky, and had been for 30 minutes. I love drugs. The perks of traveling alone: I often get full rows to myself. I stretched out like a kitten and slept the time away.

From LaGuardia I took the Super Shuttle to Broadway so I could pick up my friend Adam’s apartment keys. Getting there caused my anxiety to rise to heights I had to acclimatize to, and I ended up laughing maniacally every time the driver slammed his fist into the horn as we were almost swiped (yet again) by another vehicle. Every time it happened, the driver uttered some indiscernible threat under his breath. I kept thinking, shouldn’t he be used to this by now? Is this what he goes through EVERY DAY? Writer stress got nothin’ on NYC driver stress.

We eventually pulled up in front of Adam’s office building, which – I shit you not – is GOLD. Picture this: a puffy-eyed, messy-haired ginger rolling out of a sketchy shuttle bus, wearing sweatpants, pulling the world’s biggest backpack across the sidewalk and outside the rotating doors, bewildered and baffled, waiting for her friend to show up. Adam could barely conceal his look of horror when he saw me.

We dragged my shit to the elevator, rode to the 25th floor, avoided all eye contact with every employee, and briefly caught up on life. He treated me to lunch in his company’s cafeteria, with ceiling to floor windows overlooking Wall Street and Lady Liberty.

“I’m in Manhattan,” I kept saying while shovelling more salad into my face.

“Yes,” said Adam, inching a napkin across the table at me.

It was decided that I couldn’t hang out in Adam’s office all day, and so he gave me keys to his apartment and instructions to get there. There was NO way I could angle my pack through the subway system, so I opted for a cab. Except I’m still really self-conscious about hailing one. I’m aware that all I have to do is stand on the sidewalk and extend a hand, but I was already drawing enough attention to myself by carrying a body bag on my back. (In reality, no New Yorker even batted an eyelash. The things they’ve seen.) How do I tell if someone’s in the cab? Will the mini-billboard-thingy be lit up? Do I just dive into the cab from across the bus lane? How will I take this backpack off? It doesn’t LOOK so heavy in this photo…

I walked until I found a quiet side street, than ambushed a driver pulled over on the side of the road. Thank heavens.

She dropped me off at the end of Adam’s street, and I pulled my gear a few metres down the road before I set aside my laptop bag and heaved my backpack onto my shoulders. A man walking a dog looked back at me to witness my demise. I gave him the thumbs up.

I finally made it to building 355, and fumbled for my keys on the sidewalk. There were three keys; I tried each, and nary a one fit. From the other side of the door, I heard a dog yapping.

Funny, I thought this was an apartment building? I pulled out the little piece of paper Adam had given me, and saw that I was supposed to be at 335. I had unintentionally been breaking into someone’s house. Red faced, I looked around to see if anyone noticed, and then promptly went back the way I came.

I could hardly squeeze my girth through the front door. A nice gentleman came behind me, asked how I was, and held the door. “FINE!” I said, adding extra pep for good measure, my voice rising in shrill octaves. I ascended the rickety old stairs to the third floor, every step adding more pomp to my laboured breathing, my thighs shaking under the strain. I would later find out that Adam had to submit a 30-page application for this Chelsea apartment, so strict is the living code. I certainly didn’t fit the bill. I’m sure the kind gentleman called the police.

I was practically in tears of relief by the time I pushed open the door to Adam’s glorious shoebox apartment. I’ve hardly left the place since then, so happy am I to work all day in my pajamas. Don’t worry, though, this is all just I preparation for the weekend. NYC hasn’t conquered me yet.

The art of leaving, unperfected
Of speakeasy burlesques and chocolate chip cookies in New York 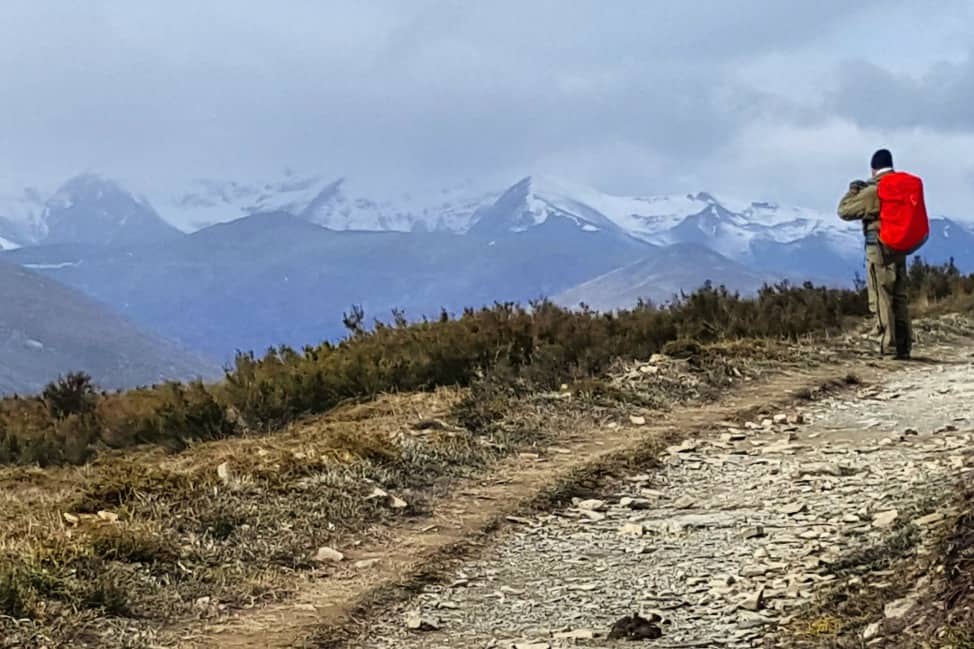 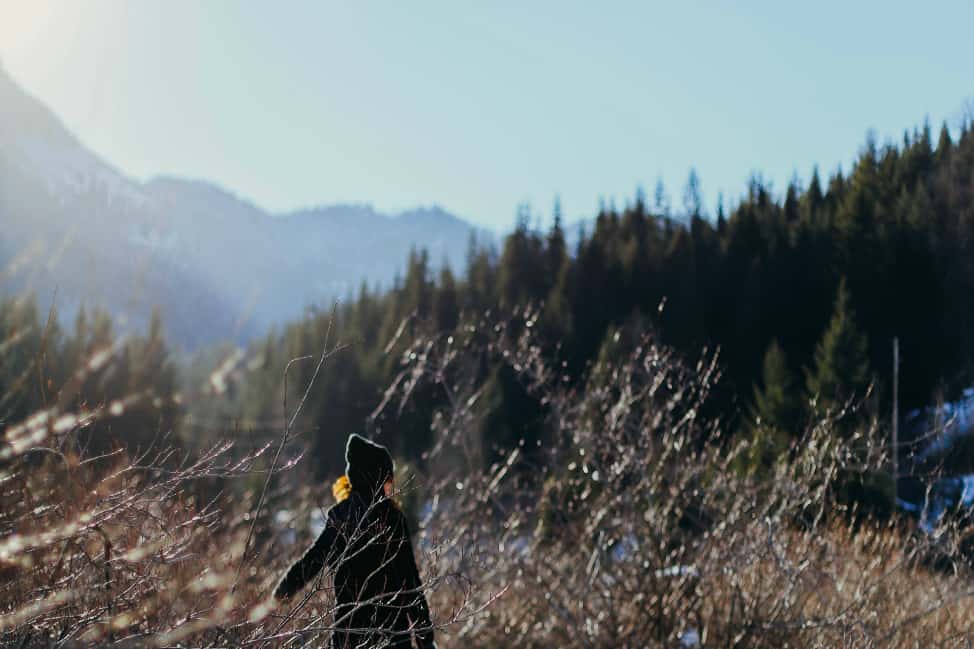 From heels to hiking boots 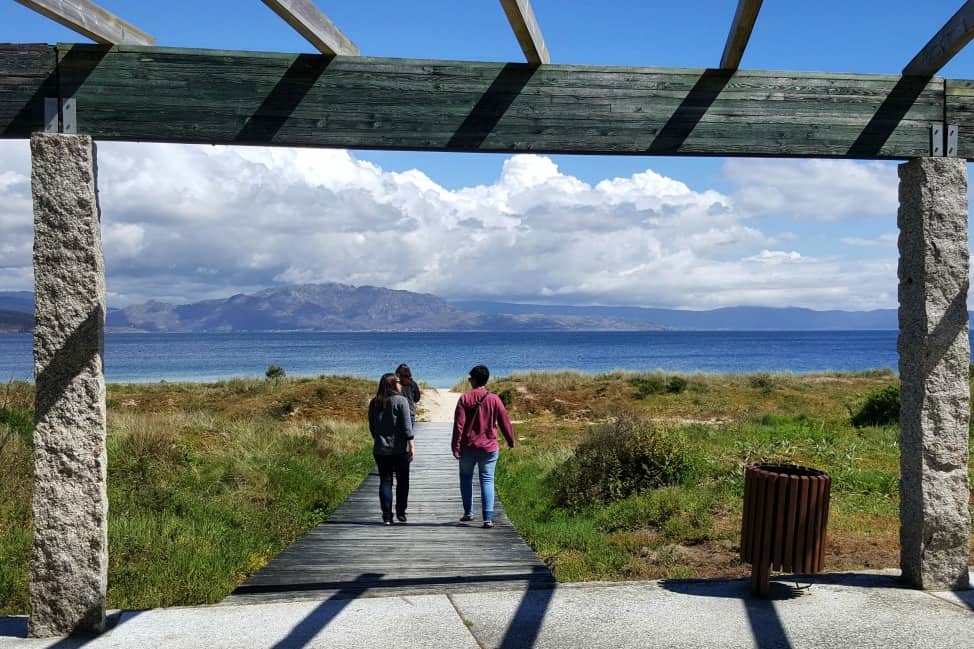