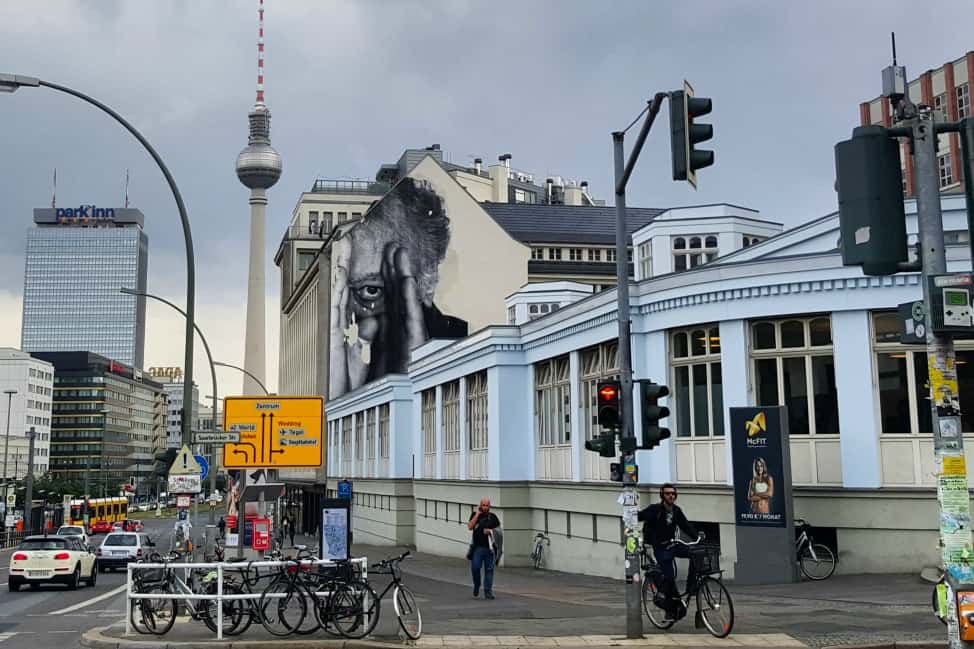 Regrets I have about living in Germany

The thing about living in a foreign country is that the way you experience the country is entirely different than if you were travelling. (No shit, Sherlock. I’m so glad my three-week writer’s block has lifted long enough for me to write this drivel out for you.)

I’ve been back in Canada for about seven months now and it still seems bizarre to me that I lived in Germany. And while I did a LOT during my year in Berlin, I have SO MANY REGRETS, you guys.

I know you’re not supposed to have regrets or any of that bullshit, but guess what? I do. Expats, commiserate. Readers, take a lesson from me.

I wish I had budgeted better

I spent money in Germany like my ship was going down and I only had a few hours left to party my life away. After I completed the Camino in April, I was basically too broke to afford life. I don’t feel sorry for myself – I was a fucking idiot. It’s all on me.

I should have foreseen the hardships of a near-empty bank account ahead of time. If I had been in a better position, I would have applied for my freelance visa and stayed onboard in Berlin. There was no way I could afford it, and I was heartbroken.

As life turns out, though, I’m quite happy with my current situation in St. John’s and have been plumping up my savings since September. So, maybe it was a good lesson in planning for the future and having some self-control.

I wish I had seen more of Germany

I spent almost all of my time in my happy like Berlin bubble – which, from what I know, seems to happen to a good many of Berlin’s expats.

I got out and explored a lot of other places in Europe, but with Germany I barely scratched the surface. I went to Munich for Oktoberfest, and checked out the area around Saxon-Switzerland. That’s it.

I didn’t even make it to freaking Hamburg or Leipzig, both of which are within two hours by bus from Berlin. I even had a friend to stay with in Leipzig. I didn’t make it to the German lakes or the North Sea. I actually hate myself for this.

I didn’t do much dating

I went on ONE date my entire time in Berlin, with a Greek man who became so pushy and assertive that I left the bar sobbing. I was so discouraged after that experience, I didn’t bother to keep looking.

Now, living in St. John’s where my options make me want to weep on a daily basis, I can see that I should have better embraced the variety and absurdity of the dating options in Berlin. I was living in a city of 3.5 MILLION PEOPLE. Surely there was someone to suit me, somewhere?!

Now as I’m swiping left through all the Tinder profiles of men proudly holding fish, or images of oversized trucks and jacked-up ATVs, I want the limitless possibilities of big city dating. I’d even take the leather fetish dudes that routinely showed up in my apps.

I LOVE German guys, and Northern European men in general — we always have awesome connections. They’re my people. Plus they’re hot.

Or hell, maybe I’d get out and meet someone IRL.

But then again, probably not.

I didn’t take the time to learn German

I’ve been using Duolingo for a few years now, and while it has actually been a hugely helpful aid in basic German, I can’t believe I didn’t dive into some intensive classes while actually living in the country.

I always had so many spontaneous trips planned; it was hard to commit to a timeline for classes. And, of course, I didn’t have any money.

But I feel like my cultural experiences there would have been so much more enriching if I could just stumble my way through awkward German conversation, ja? Maybe would have helped the dating thing a bit too.

A German guy on a train once told me he liked the way I looked, though, and then gave me his phone number on a piece of paper with a smiley face drawn next to it in case I ever wanted to do some tandem language classes. Again, dating fail.

I really did live it up in Berlin, but there was a whole level of immersion I never really got into: the arts scene. Now that I’m actually working in the arts, I feel like I missed out on something big.

At the beginning of my year, I went to a reading in an old crematorium in Wedding. I was so inspired at the time; I vowed to keep going to such events. Guess how many others I went to? Nada.

Do you have regrets about living abroad?

The good thing, I suppose, is that this doesn’t mean my time in Germany has come to an end. If there’s a next time, I’ll do it right.