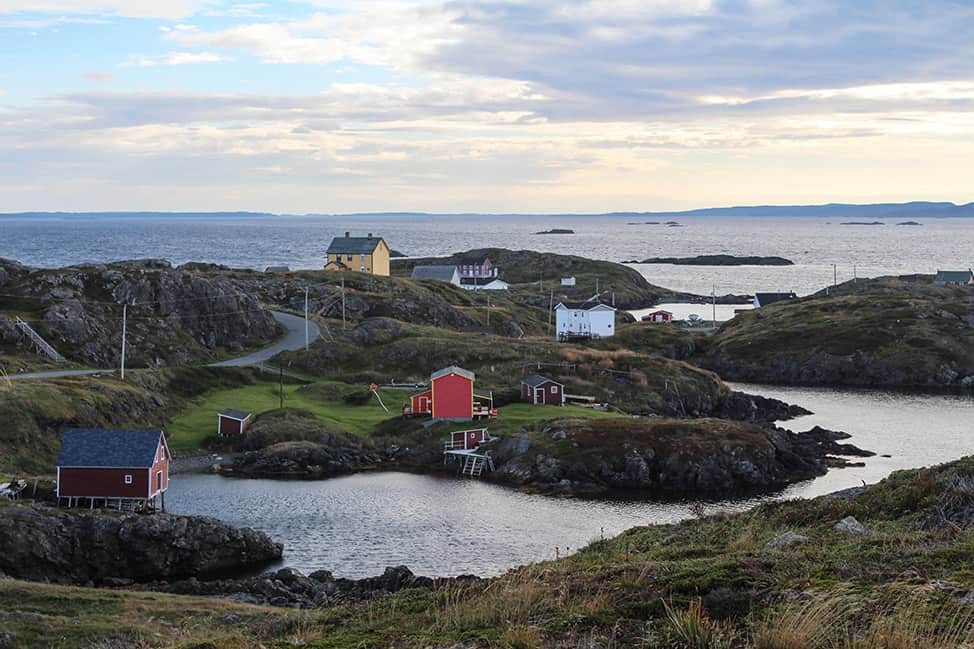 First up, let’s get into some specifics.

The full province name is Newfoundland and Labrador. However, Newfoundland refers to the island, and Labrador is that even larger chunk of land attached to Quebec. It’s best not to confuse the two — Labradorians can often get offended by being lumped in with Newfoundland. They very much have their own culture.

I’ve never been to Labrador, by the way. It’s expensive to fly there…usually as expensive as a flight to the other side of Canada. But I have many family members living in Labrador City and so I should probably heed their threats and visit at some point.

Secondly, before you come to Newfoundland, I highly suggest you read my blog post the dangerous politics of the word “Newfie.” While most people take no offense to the word (especially when it’s used in good humour), often it’s best to just stick with “Newfoundlander.”

So where should you go?

Newfoundland is BIG. Most travellers underestimate its size. If you want to do the entire island properly, you’ll need at least three weeks. Otherwise pick and choose carefully, because you’ll be spending a lot of time driving otherwise.

Car rental is the best way to get around Newfoundland beyond St. John’s. There is a DRL public bus transit, but it’s pretty shit. Many towns/regions will also have taxi bus services, but they’re expensive. And I hate them. I’d rather hitchhike.

NEWFOUNDLAND IS DIVIDED INTO DIFFERENT REGIONS

Home to the capital city of St. John’s, and the largest international airport on the island. This is usually the touchdown point for many travellers. St. John’s is a great place to visit, with a busy nightlife scene (George Street!) and lots of great restaurants (Raymonds is consistently dubbed the best restaurant in Canada). But the Avalon has tons of scenic options, and is home to the East Coast Trail — over 500 kilometres of hiking. The Irish Loop makes for a great drive. In the Eastern region, the Bonavista/Trinity/Elliston area is one of my favourite destinations on the island for an authentic Newfoundland experience.

My home region! I grew up in south-central, in the Coast of Bays area known as Bay d’Espoir. This place is home to Newfoundland’s only Mi’kMaq reserve, and every summer an annual PowWow is held here. This is remote Newfoundland — and I do mean remote. Facilities can be few and far between, but it’s worth it. Other than where I grew up, Twillingate, Fogo Island, and Change Islands are incredible destinations. Twillingate is home to Iceberg Alley. These destinations are much more developed for tourism.

Home to Gros Morne National Park, one of my absolute favourite places on the planet. Spend lots of time here, if you can make it. Corner Brook is another great small city with lots of nearby hiking and skiing activities. Marble Mountain is the place to be in the winter months.

I haven’t spent a great deal of time on the Northern Peninsula, but this is where L’Anse aux Meadows is located, as well as other lovely destinations like St. Anthony, Port Sanders, etc.

I’ll soon be releasing a more in-depth guide in the form of an eBook. Stay tuned!