As soon as you drive into the tiny town of Lismore, you’re forced to acknowledge Lismore Castle. The building looms over a river and dominates the landscape so entirely that you’re apt to drive off the road. You jump out of your car and stand along the bridge avoiding traffic and honking drivers, and you snap photos until you’ve grown weary of acknowledging the fact you’ll never live inside such a stately home.

And then you’re invited to spend the night in the Burlington Wing.

This baby was built in 1185 by King John, and was then owned by Sir Walter Raleigh and Richard Boyle, First Earl of Cork, and then passed along to the Fourth Duke of Devonshire in 1753. It’s now owned by the latest Duke of Devonshire, but you can rent it out for a handsome sum. That’s why I was bowled over when I was invited to spend a night there, along with Scott. We hadn’t even realized how big of a privilege it was to do so until we kept being met with wide eyes and suspicious glares every time we mentioned it to the locals. After all, you have to rent out the castle in its entirety rather than a single room.

We drove up to the massive gates and willed them to open. We thought maybe there’d be a knight waiting from a tower with special instructions to let us in. But they didn’t budge. We were told the Butler would meet us, and yet we had no idea where the entrance was. So finally we spotted a utility truck and chased it around the back of the castle, where a worker got out and told us where to skedaddle. We made it, alas.

The kind Butler gave us a tour of the Wing. I think what I loved the most was the casualness of the whole thing – he stood there describing the 18th century tapestries depicting scenes from Don Quixote and then showed us to various rooms where the likes of JFK and Fred Astaire stayed, and I just kinda mutely nodded and shook my head when appropriate. In one room, I flipped open the cover of a book atop a nightstand and saw it was signed by Adele Astaire. When he left, he told us there was wine and booze stocked in the pantry, and that we basically had free-range of the place. It also turned out to be the windiest, rainiest day of my entire trip to Ireland. The river (moat?) was flooded, and a gale kept tearing through the fireplace. At one point when I was writing a letter at the desk and Scott had mysteriously disappeared, I kept hearing whisperings around me and thought he was playing a trick on me. He found me 10 minutes later gripping the table in terror while calling out to him as he spoke to his mother on the phone. I think my favourite moment was the next morning when I appeared at the breakfast table, head pounding with wine, to find food already laid out. Scott followed shortly. “There’s a man named Leonard polishing silverware in the pantry,” he said. And that was that.

After my most favourite night out in all of Irish history (involving me), Julia and I hightailed it back to Markree Castle, set on a 500-acre estate in Sligo. Its been owned by the Cooper family for nearly 400 years and has been converted into a luxury hotel. I was lucky enough to be staying in Johnny Cash’s room – he made a TV recording of “Woodcarver” in the castle in 1990. I didn’t really feel his presence, but the Guinness might have had something to do with that because I didn’t feel much of anything. We decided to crash the wedding that was taking place on the grounds, just for giggles, but found the American couple more than accommodating. They thrust cupcakes at us and invited us to chat and bought us shots and kept giving us the “rock on” hand-sign of approval. Everything was fine and dandy until one of the ladies looked at me with eyes wide and implored, “Did you know there was a famine here?” I decided it was bedtime. 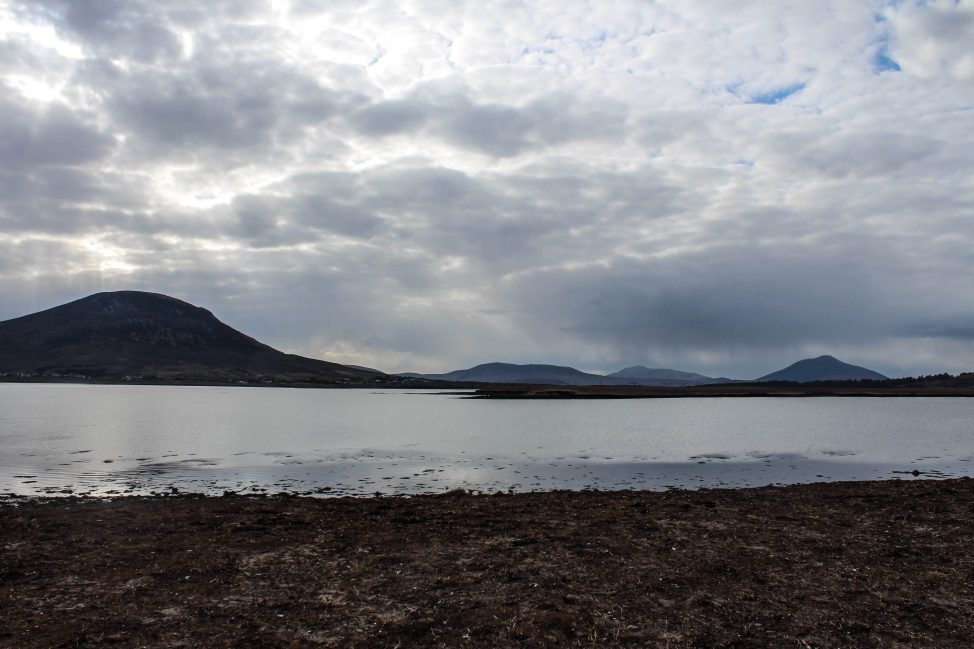