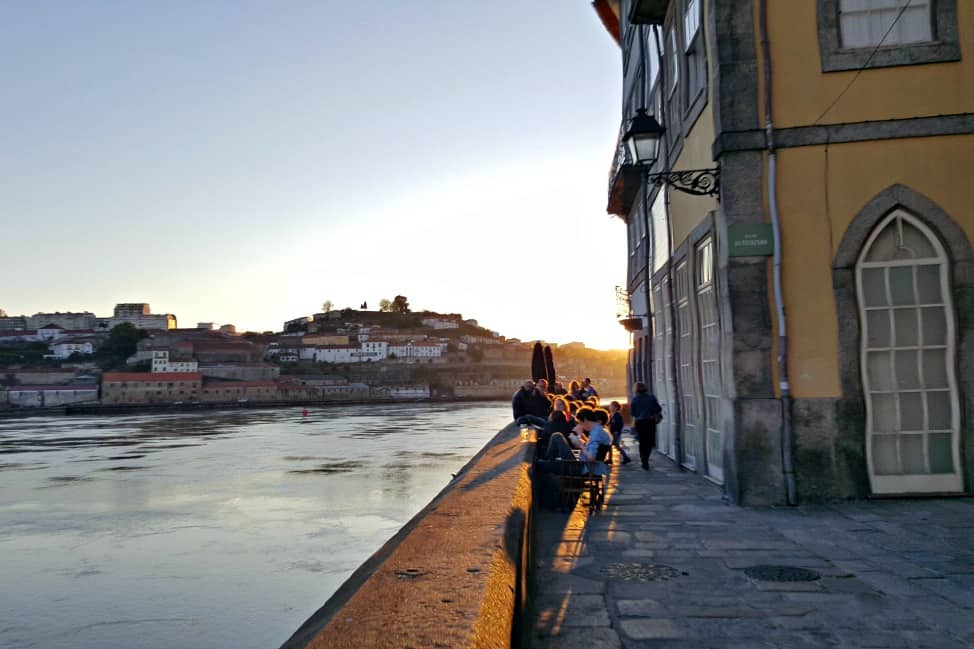 A brief portrait of Porto, Portugal

I just put the finishing touches on a really, really long Camino de Santiago guide (soon to go up in my Guides section). So I thought I’d take a little break today from all the wordsy stuff and show you some photos from Porto.

I perhaps waited a little too long to find a cheap flight out of Santiago de Compostela. On the other hand, I wanted an excuse to check out Portugal.

Portugal has been calling to me for some time now. I’m drawn to places with a Newfoundland connection. The Portuguese fished off the Grand Banks hundreds of years ago, and cod was as valuable a product for them as it was (is) for us.

And of course, St. John’s has the Newman Wine Vaults, where port wine was stored for ageing. (Apparently the port had a special flavour.)

Unfortunately, I didn’t have much opportunity to enjoy port or cod. Eating anything a day after recovering from food poisoning is akin to forcing yourself to enjoy a party when you’re sober. You so badly want to participate, but life is hell.

As soon as I announced I was going to Porto, my social media lit up. “It’s beautiful!” “It’s one of my favourite cities!” People threw recommendations at me. So Porto had a lot to live up to. Would it meet expectations?

I was really short on time, mind you, so this is no guide.

After getting off the bus from Santiago, I walked to my hotel. I had splurged on a room at Eurostars Das Artes Hotel. The twenty-minute walk in the glaring sunshine took me about an hour, because I couldn’t stop pausing and taking photos of the building facades. 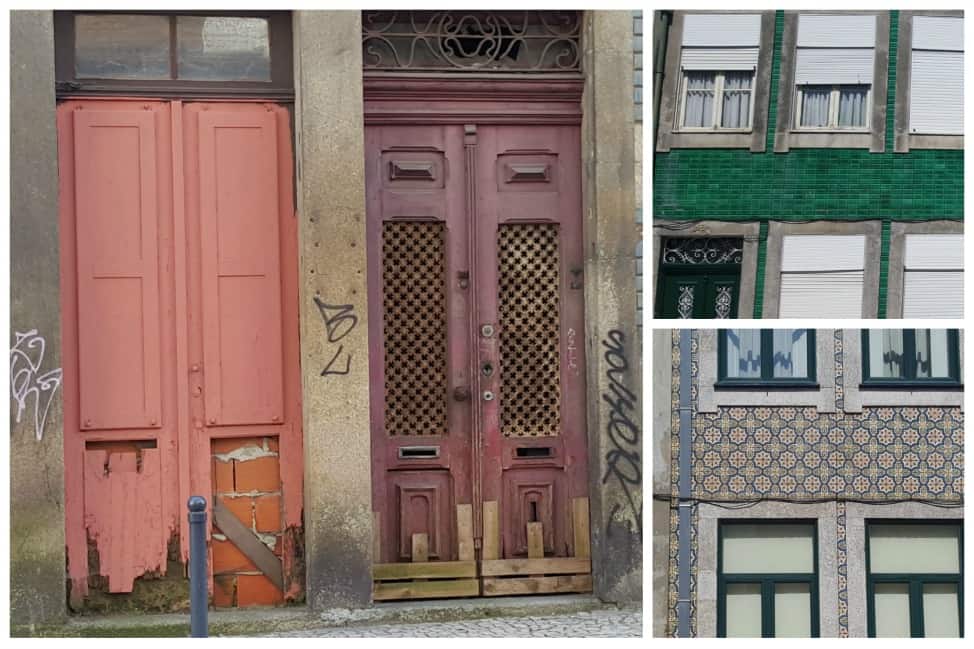 The architecture here is insanely colourful. Most buildings have intricate patterns and designs, often with elaborate hand-painted tile-work (azulejoes). “Azul” in Portuguese means blue, because usually the art is (you guessed it) blue.

I’d be meeting my Camino friends for dinner in the evening, so I decided to spend some time wandering on foot. I headed downwards towards the Douro River. Porto is hilly! Possibly more hilly than St. John’s. 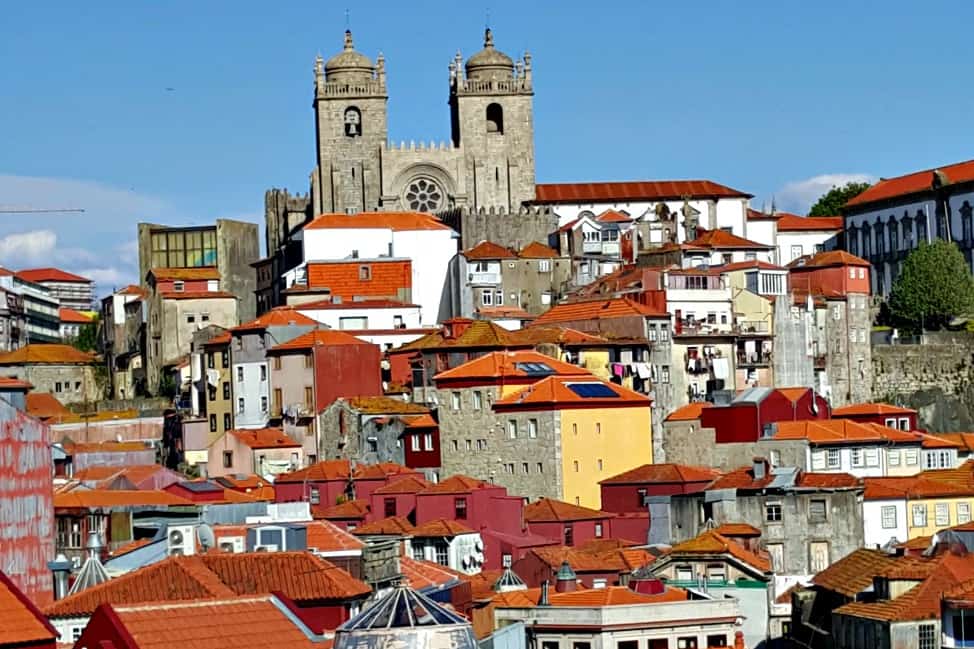 I was taken aback by how touristy is Porto is. After being on the Camino for so long, the hordes of people were a little overwhelming. I was completely underdressed. Tourists walked by sporting designer shopping bags; locals flaunted their style. I meandered through streets, dressed like a pauper, suddenly starving, and decided to find a restaurant for a quick bite on the waterfront. I was looking for the local sandwich, a francesinha. 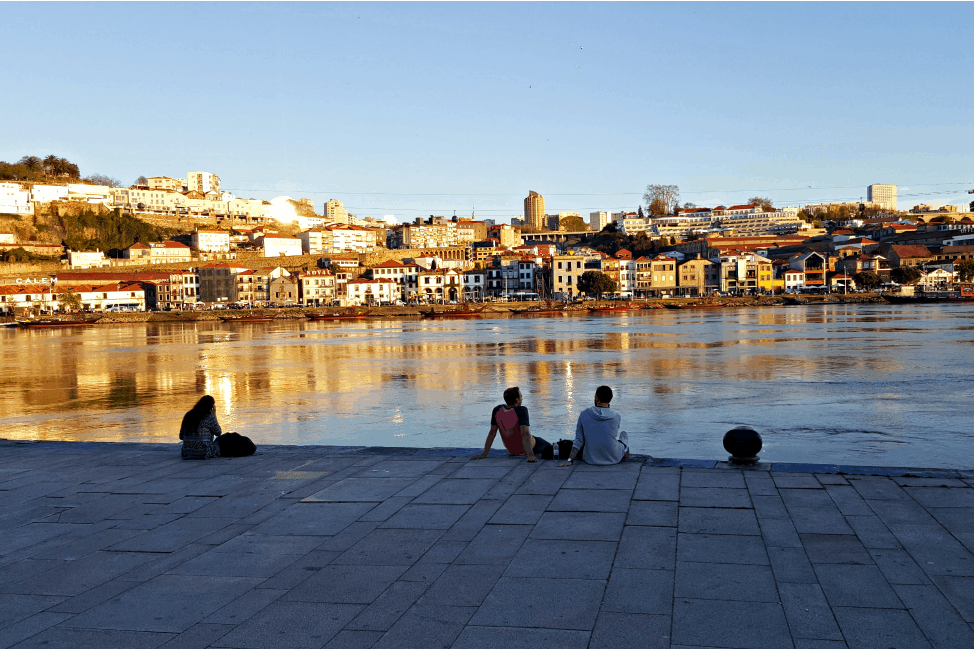 I didn’t realise, however, that there’s a time zone change between Spain and Porto. The waiter at the restaurant told me that the kitchen didn’t serve until 7 PM. I checked my watch and realised I only had 10 minutes to wait, so I ordered a beer. After some time passed, I understood that I was actually an hour behind…and starving to death.

(It’s a good thing I didn’t get to try the sandwich in the end, though. It’s a huge mess of bread, meat, sausage, cheese, and a few other ingredients thrown in. Probably not the best option for an upset stomach.)

So I moved on, to sangria.

Sangria is clearly the smarter option.

When I finally met the others for food, we decided to go to Bacalhau (“bacalhau” is Portuguese for “cod”). Bacalhau is a tiny little restaurant right on the river with a quirky menu, and so we had to wait about 45 minutes to be seated. No matter – a glass of beer overlooking the twinkling lights of the port wineries on the other side of the river made for a fine wait.

I was so excited to see so many cod variants on the menu. Including cod tongues! On a bed of rice. Naturally, it’s what I ordered. The tongues came lightly battered and perfectly cooked; they’d do any Newfoundlander proud. Except I could only manage to eat just one of them. 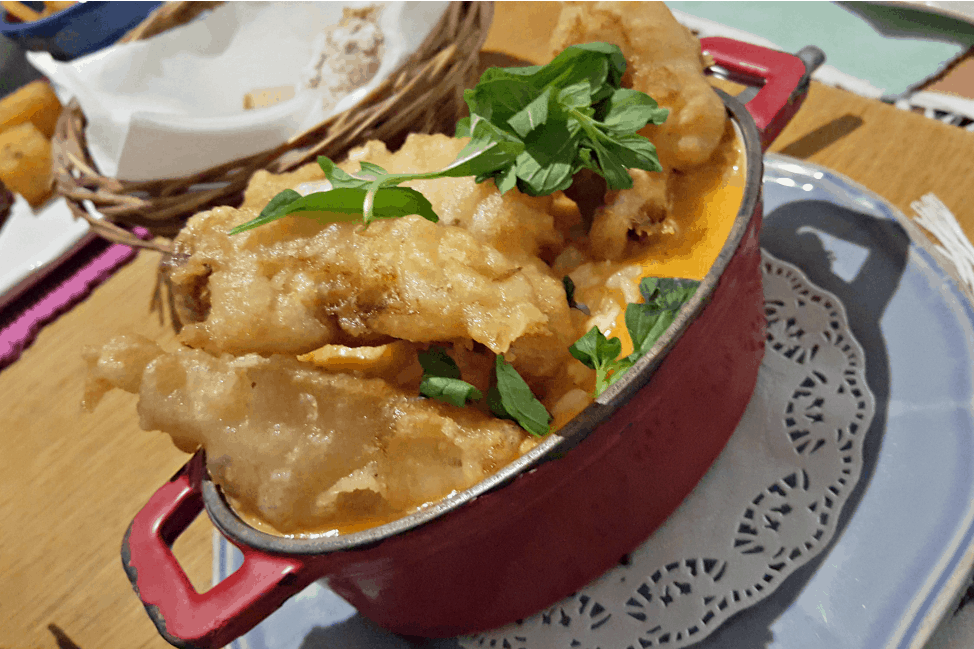 The waiter with his fumbling English looked sorrowfully at the full plate of food and asked, “You didn’t like?”

There’s nothing I hate worse than people thinking I don’t like their food. I think I stammered out an apology and tried to explain that I had recently been expelling fluids faster than the BP oil spill, but I fear the analogy was lost on him.

My flight the next morning wasn’t until the late afternoon, so I headed out to find Livraria Lello & Irmão, one of the “world’s most beautiful bookstores.”

As I approached, I noticed the snaking line of people in front of a red building directly in front of the bookstore. “Surely it can’t be a line for tickets,” I pondered. How wrong I was. 3 EUR, to step inside an overcrowded bookstore.

I puffed with condescension and bought a ticket anyway. The entire façade was covered in scaffolding, but I assumed the interior was untouched. Wrong again! The insides looked like a nightmare of classical architecture merged with modern steel ribs. 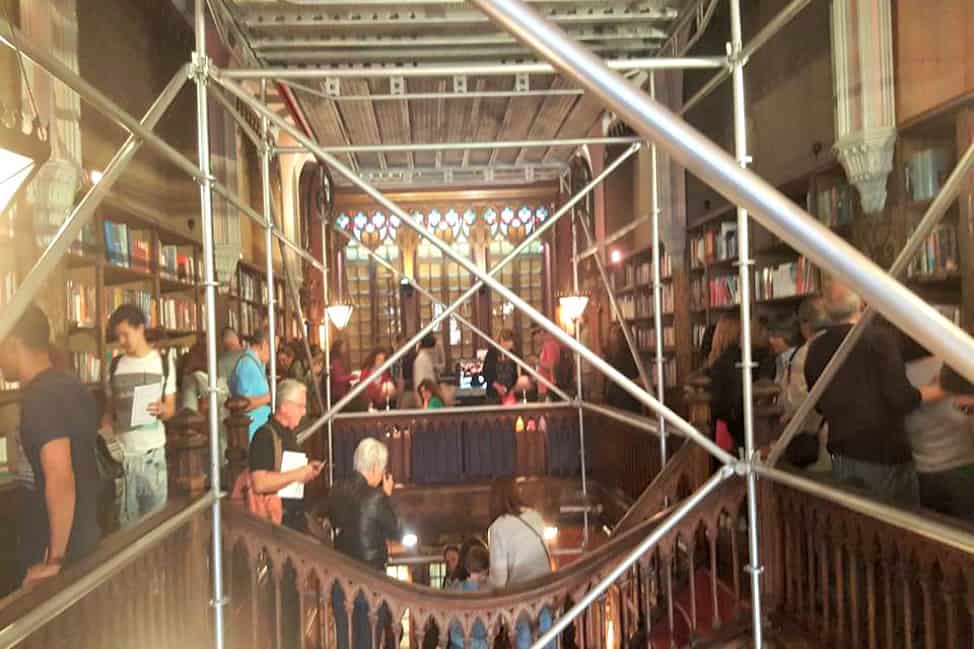 There was not one good opportunity to take a photo. The fact that people were still happily snapping away – pausing for boring selfies and blocking the way of other tourists – made me think that most everyone was there to tick an item off their tourist list…not to appreciate books. This was confirmed when I made a mental note that only two or three people were even browsing the literary section.

I felt violated and ill. I found the tiny English section and considered buying a book as a keepsake, but I was continuously prodded and poked by elbows and (likely) boners. I spent about ten minutes in that store. It was enough.

On the way back, I stumbled across Praca de Gomes Teixeira, the square with the lions fountain. Next to it is Carmo Church, with one of the nicest examples of azulejoes I had seen. 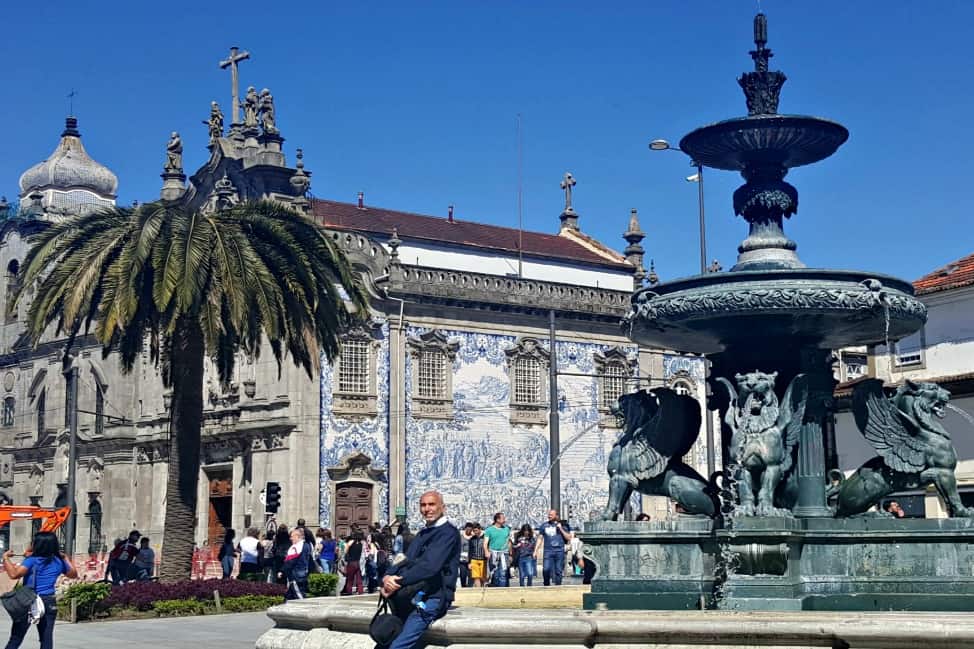 I barely skimmed the surface of Porto, but I’m amazed the city hasn’t filled my travel newsfeed in the past. Next time: Porto, the Azores, and Lisbon. Comin’ for you.