I apologize for my lack of posting but I have turned into a workaholic and have handed over my soul to retail holiday employment. Dealing with 100 calls a day about the elusive Elf of the Shelf has driven me to extreme nostalgia…especially when it comes to Montreal. Warm days (weren’t they stifling?). Busy streets (weren’t the squeegee kids terrible?).

Also, it’s just easier for me to throw photos into a blog post at this point, as I’m juggling a 48-hour work week and a handful of major freelance copy writing projects. Suck it, world. Nostalgia: the street fairs and events that took place pretty much everyday in Montreal, like the Just For Laughs Comedy Fest. Yes, that is a milk carton. Ha ha. On the way home from a martini date with my amazing roommate James, we found ourselves stuck in an alien dance party. It’s just how Montrealers do. One of my favourite things about Montreal was the historical architecture cuddled right up next to the modern skyscrapers. The city has more National Historical Sites of Canada than any other Canadian city. I’m not sure what this faceless man means, but I’m sure it’s something poetic. Taken from Altitude 737, Montreal’s tallest skyscraper. There’s a sweet ass bar on top of this building that serves amazing (but hella expensive) martinis and cocktails. Sorry for the window reflection, but I’ll be damned if I were going out on that balcony. I happened to be in Montreal during the student protests. Every day, a parade of students would march past the apartment where I slept on a pull-out couch. This day, I managed to witness the Naked Protest. Giggidy. Not everyone involved in the protests were students. Vieux-Montreal (the Old Port) is by far the most incredible part of the city. I spent a lot of time roaming around the cobblestone streets here, between art galleries and boutiques and buskers. My all-time favourite thing about the city: outdoor dining. OMG. I spent more time on patios and rooftop decks than I did inside my own apartment. As far as I know, it’s the best outdoor dining city in Canada. Saint-Catherine is known as the gay district, and every summer they string “les boules roses” from building to building. After an afternoon of rooftop, poolside drinking at my friend Adam’s place, we headed to the street for dinner…so did this guy and his parrot. No big deal. Okay, my favourite thing about Montreal might have actually been Tam Tams, an epic drum circle in the middle of Mont Royal. If you wanna get high and watch weird shit happen, headed to the centre of the action…beneath the monument. OR pack a picnic basket, some booze, and sprawl out on the grass with thousands of Montrealers on a Sunday afternoon. My roommate James introduced me to his circle of friends here. Best day ever. OR head to Piknic Electronik, which takes place during the same time as Tam Tams (no idea why) at Jean-Drapeau Park. Dance to electronica with a bajillion other eccentric people, but be sure to bring your picnic basket and a bottle of wine. (No, seriously. You’re not allowed to bring wine in without a picnic to accompany.) I came here with my roommates James and Andrew on Andrew’s birthday. We drank, danced for hours, and then scoured Saint-Laurent for poutine.

Shit. Did I really give up Montreal?

A fresh start living without credit card debt
Gear I love: TEVA Jordanelle packable boots and the perks of not being a cheapskate 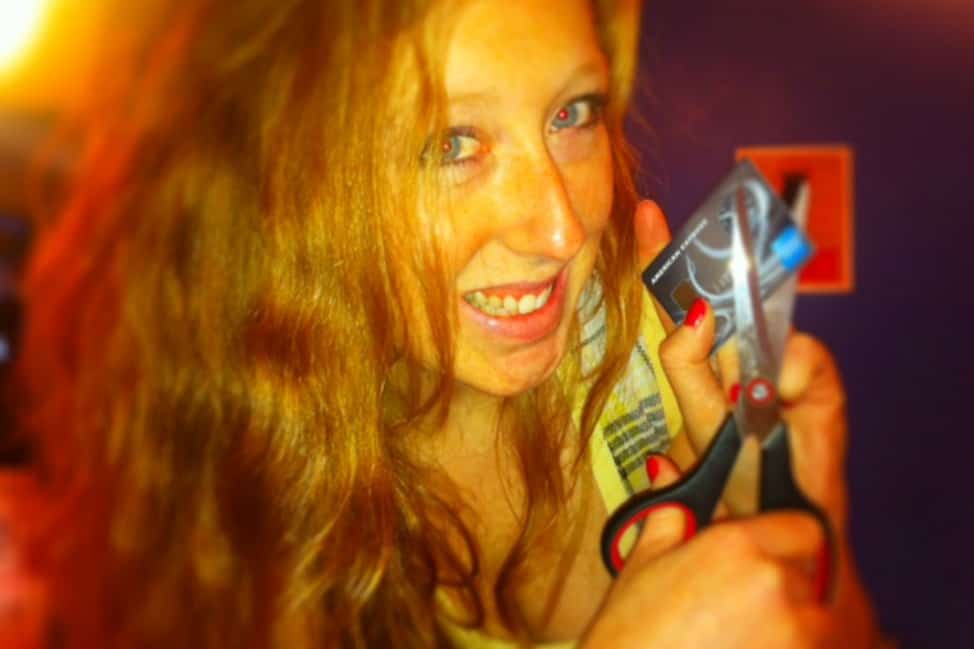