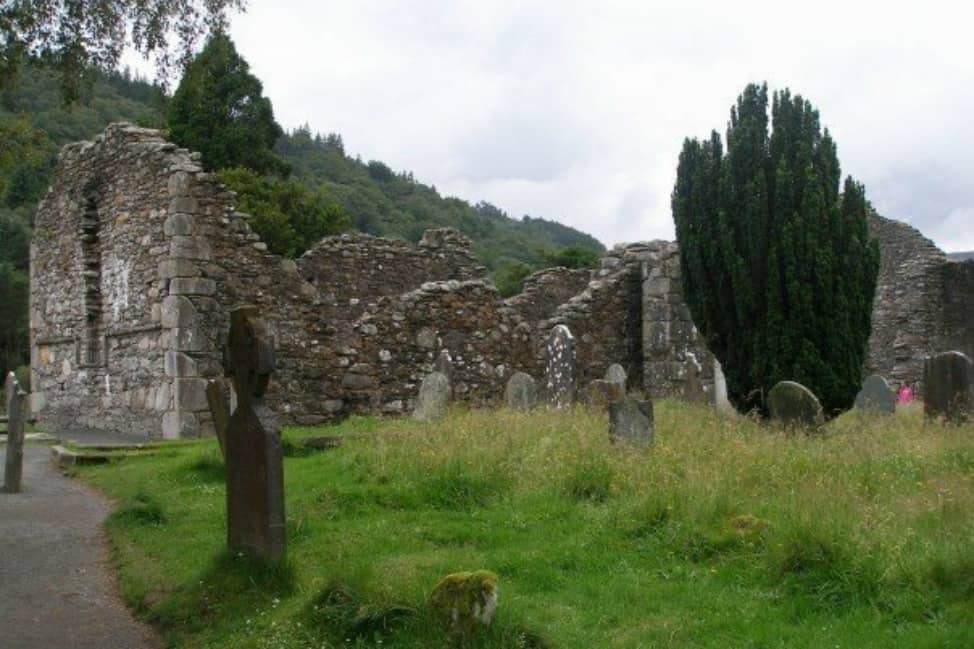 I talked about my Irish family research process in a previous entry, but what I DIDN’T tell you is that I’ll soon be literally getting to the bottom of the mystery…in Ireland.

Have I discovered my family origins? Sorta. By this point, my researcher Walter and I have spent an insane number of hours going through the Provincial Archives, the Maritime History Archives, wedding records, and “word of mouth.” We’ve called churches, talked to other researchers, and harassed clergy members to give up their information.

Walsh is the commonest Irish surname in Newfoundland. The records I need from the area I grew up in are missing. The birth record for Wilfred did not match the information I found, but there were two Wilfreds in the family and things might’ve been confused. What I DO know is that Wilfred is an extremely rare Irish name, and no other record was found in Burin. I find the whole notion somewhat sad. With no records, there’s no proof these people existed. Their memories have been extinguished long ago. I might never know exactly who they are, or where I came from.

BUT my researcher and I did draw several conclusions. What we did next was go through EVERY SINGLE Walsh marriage record in Newfoundland around the time that the Walshs lived in Burin. We found that different Walsh families settled in different areas, and the majority of those in Burin were from County Waterford. This makes sense, since Newfoundland’s largest Irish Irish population came from Co. Waterford. (And, just a tip: Ancestry.ca is absolutely useless and researchers rarely use it.)

We then found a gravestone in Burin with three Walsh names: Michael, John, and Richard. While we can’t pin those names to my family with certainty, they’re all names that are dominant in my family tree. They were from Aglish, Waterford, while other Walshs/residents in the area were from Lismore…both towns that are within a few miles radius from one another.

My researcher notes: “The evidence indicates a very small area in Waterford as their place of origin. A connection with Walshs in Ireland will prove invaluable in confirming this.”

I can’t say anything with certainty, but at least I know there’s a connection between my family and this one. The Newfoundland connection in Waterford is strong. St. John’s is twinned with Waterford City. Even better, I was Googling similarities between the area and Newfoundland, and found this article…which made use of my video with Mark Critch. I was pretty stunned to see it.

So here’s the BIG FRIGGEN DEAL news: Today I take off for Ireland on behalf of Matador Network and Ireland Tourism. (That means I’m in Dublin for St. Paddy’s Day…but that’s a whole different story.) I’m travelling with the incredible filmmaker/photographer Scott Sporleder, and we’re headed to Waterford County and Lismore to try to find…well, something. Something that belongs to me. We’re not sure how to do it, to be honest. We’ll probably just show up at a pub and I’ll find a whole new family. But Scott will be shadowing me, camera in hand. And I will not be doing this again.

Then, I’m staying on in Ireland for an extra FIVE WHOLE WEEKS. Let that sink in for a bit, because it’s been a bucket list item for me for years. When I travel, I travel with a purpose. And this is the biggest endeavor I’ve EVER taken on.

I have no real itinerary, but this is my “homecoming.” I find it fascinating that I grew up influenced so strongly by a culture from a country I hardly know. I want to explore the Newfoundland/Ireland relationship. And maybe find an Irish husband.

My plans are pretty loose. I’ll be sitting pretty in Galway for awhile, doing a homestay or a farmstay in Sligo, jaunting around Connemara, Limerick, the Ring of Kerry, Dingle…and then hopefully I’ll have time to head up to the North.

And drinking bucket loads of Guinness.

Halifax has the best place names
This is how you do St. Patrick’s Day in Dublin