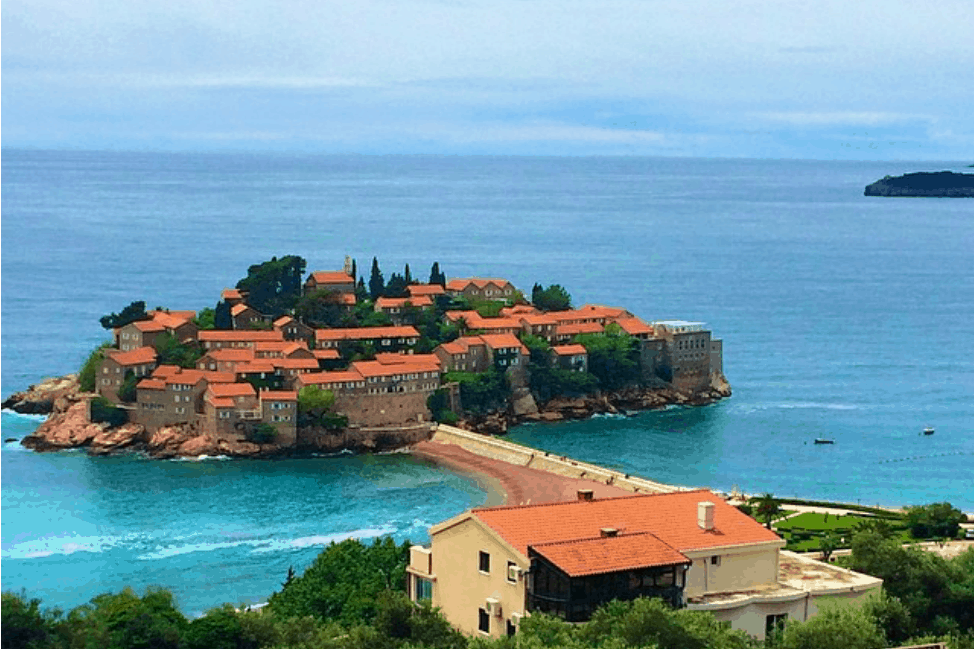 If you like pretty things and cool people, go to Montenegro

I hadn’t really expected to stay long in Montenegro. I booked two nights at the Old Town Hostel Kotor, but since there were no private rooms, I figured I’d move on to either Budva or straight to Croatia.

I was a little road weary when I showed up at reception, and I asked Nikolai at the front desk whether there were private rooms. “I have JUST the place!” he exclaimed. “Follow me!” He grabbed my bag and led me through the winding, confusing, scattered streets of the Old Town until we got to a little side-alley with a hotel and a simple sign: Palazzo Drusko. The same owner of the hostel had recently opened it, and so there was a special discount available per night: 20EUR per evening.

My room was…wow. A comfy bed, some antique dressings, a massive flat-screen TV, and a giant bathroom. Shutters you could throw open in the morning, mid-song, like Belle from Beauty and the Beast. My room was a single, and so dubbed the Monk’s Room. Because, well, I’m a lone wolf. A-woo. I stayed a week.

I ended up spending most of my time in Kotor. I met a friendly German on my first night out at the Wine Bar and we explored the area together. The manager of my hotel, Milos, often hosted social events in the hotel’s shared kitchen. So I’d show up at 7 PM for some traditional finger foods and shots of rakija, and then we’d all head out together.

But there are a ton of reasons why I loved the country so much.

Montenegro is a relatively young country, having claimed its independence in 2006. Before then, it was a part of Yugoslavia. But most of the folks living there seem to identify themselves as Serbians (at least, the handful of locals I talked to).

Montenegro runs on the Euro, despite it not being a part of the European Union. I don’t really know why this is. Before that, Montenegro was using the German Deutsche Mark.

For a country that’s smaller than Connecticut, and with a population of less than a million, it crams a lot into such a tiny amount of space: epic coastline along the Adriatic, four national parks, and shared borders with four other countries.

Call me a cynic, but I really didn’t enjoy Dubrovnik. Everything felt plastic and overdone to me. The cruise ships unloading hundreds of tourists were overwhelming. The food seemed to cater to travellers only. I wanted to punch a lot of people in their stupid faces. There were definitely a lot of cruise ships unloading people in Kotor Bay as well, but they didn’t occupy every nook and cranny. I found solitude and peace wherever I went. And, for whatever reason, the Old Town didn’t feel like a completely fabricated fantasyland. This doesn’t make it any less beautiful – maybe more beautiful. Real.

The people were swell, and attractive, and tall

I loved the people running the hostel and the hotel. They included me in every event, constantly checked to make sure I was comfortable, and became friends more than managers. Through them I met a handful of lovely travellers whom I still stay in touch with. This was an enlightening experience. A table of Serbians, Germans, Chinese, Korean, and Turkish visitors. And me. The common language? English. I’m so spoiled.
The men are…well, they’re friendly. Which is great, because the Balkan men tend to be a handsome (and tall) lot. I had a stranger at a bar ask me out for coffee. One day I ordered a cappuccino at San Giovanni Caffe Bar, and it showed up with chocolate hearts drizzled into the frothy cream. My German friend lost a bet at the Wine Bar and so the bartender had to concoct the most disgusting cocktail he could think of. It involved a sardine. It was awful.
Every time I got lost (which was frequent…walled cities, man…they’re like mazes), locals were all too eager to guide me to the right place. One waiter even left his workplace to show me where the hostel was.

The great outdoors is pretty great You might also be familiar with those iconic photos of Our Lady of the Rocks, a church built on a manmade island in the middle of the bay. And this little archipelago of attractive red-roofed buildings. Another day, I ended up at Budva, also a walled town but with an attractive beachfront area just outside the walls. Apparently Montenegro has 293 kilometres of coastline…the largest beach is Big Beach (catchy name, amiright?) at 13 kilometres long. I did not make it here, because I was in the midst of a burgeoning romance. We’ll talk more about that later.

And finally, MOUNTAINS! If you missed my post on Durmitor National Park, there’s some pretty photos over there. I did a tour out of the hostel and we drove through the mountains, visiting special places like Black Lake, Devil’s Lake, and the Tara River canyon, the deepest canyon on the European continent. All this was made better by our guide who played Serbian Celtic music all day. I didn’t get to see as much of the country as I would have liked, admittedly. I was enjoying slow, leisurely days and the company of good people. But hey, I’ll be back. The best places are worth revisiting.

VIDEO: Six months in the Balkans in five minutes
There’s a geometric town in Chios, Greece 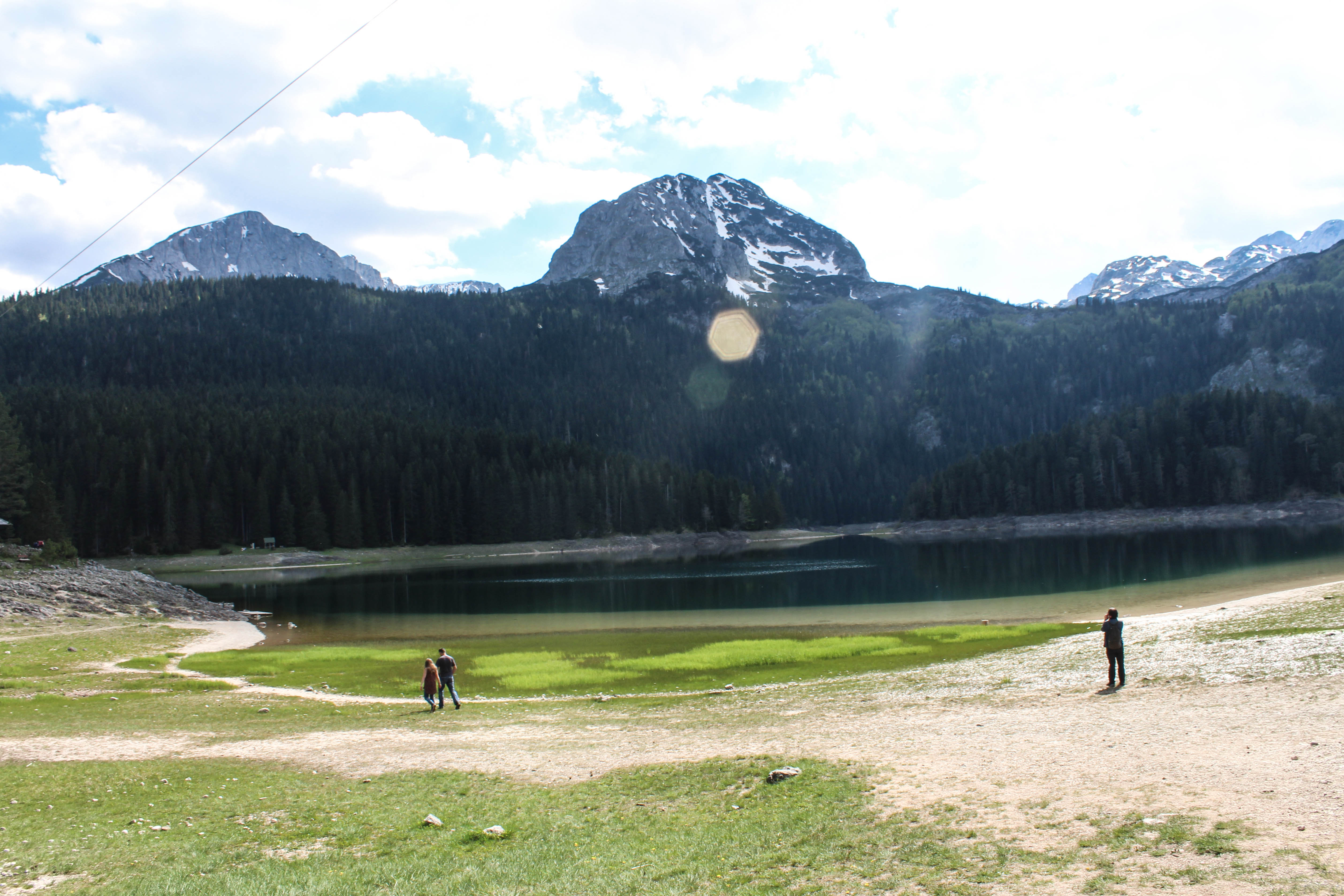 Head in the clouds at Durmitor National Park, Montenegro