When a friend calls you up on a Monday morning and asks you if you’d like to take a trip out to Trinity and Bonavista that very day, of course you say yes.

So here I find myself in Trinity East, at the Trinity HI Skerwink hostel (no longer in existence). The sun is hot, I’ve walked about 25 kilometres since I’ve been here, and I’m having a delightful little #baycation.

One of the main reasons people visit Trinity East is to hike the Skerwink Trail, and with good reason. Apparently Travel + Leisure magazine named it the third best coastal hiking trail in Canada, and I’m inclined to believe the experts.

I did this hike back in 2014 while filming Split the Rock, but I don’t remember being as blown away by it all as I was this time around. I did the trail alone yesterday, and loved the slower pace.

The Skerwink Trail begins in Trinity East, on the Bonavista Peninsula. Some things to know:

It takes about 90 minutes or more to do it, depending on how slow you go. There are a ton of places to stop and take photos. I recommend packing a little picnic and taking it with you. (But clean up after you eat, or someone will hunt you down and murder you. It’s a small town.)

Hiking boots are a good idea, especially with heel support, but not totally necessary. Even if it’s super hot, pack a sweater or windbreaker because the weather can change on a dime. (Plus it’s always windier on the coast.)

Most of the walk is along the coast, around Trinity Head. One of the first photo-worthy spots you’ll find is an enormous sea stack, just a few minutes into your walk.

But keep out your camera, because it only gets better from here. One good thing about Newfoundland’s sometimes extreme weather: the coastline takes a beating from all the northeasterlies blowing in, and so you end up with some pretty stellar rock formations.

The Bonavista Peninsula was once a part of Africa, some 500+ million years ago. The layers of sedimentary bedrock piled up on one another give the coastline its dramatic appearance, as you can easily see from shore. Even better, if you’re able to hop on a boat tour, you’ll also discover some sea caves.

Along the way, you can glance over the side of sheer cliffs to see secluded beaches. Most of these are capelin beaches, where the tiny fish come to spawn each summer. You’ll also likely come across plenty of seabirds, like kittiwakes and gannets. Depending on your timing, you may see breaching humpbacks or minke whales.

The trail takes you through low-lying marshland filled with tuckamore, as well as dense forest. You’ll come across crowberry, and old man’s beard, and water lilies in the bog. The grand finale is a rocky beach causeway with a perfect view of the lighthouse across the bay in Trinity. Remnants of burned out beach fires surrounded by logs make for a nice place to pause and take it all in.

The Trinity Bay has been settled since the early 1600s. In the 1700s, Trinity became a huge mercantile centre. The entire area was filled with fishermen, merchants, seamen, tradesmen, and families. Trinity proper (not Trinity East) is like a perfectly preserved time capsule from this time.

The beginning of the trail follows the old railbed from the Newfie Bullet. Then there’s Fox Island, which was once used to defend the bay against the French.

You’ll catch glimpses of Fort Point and the lighthouse through the trail trees as you walk. This was once a 18th-century British fort, but it was captured and destroyed by those rowdy Frenchmen in 1762.

But it’s all about the views.

It’s a short hike, so take your time, and pause every now and then to take it all in. 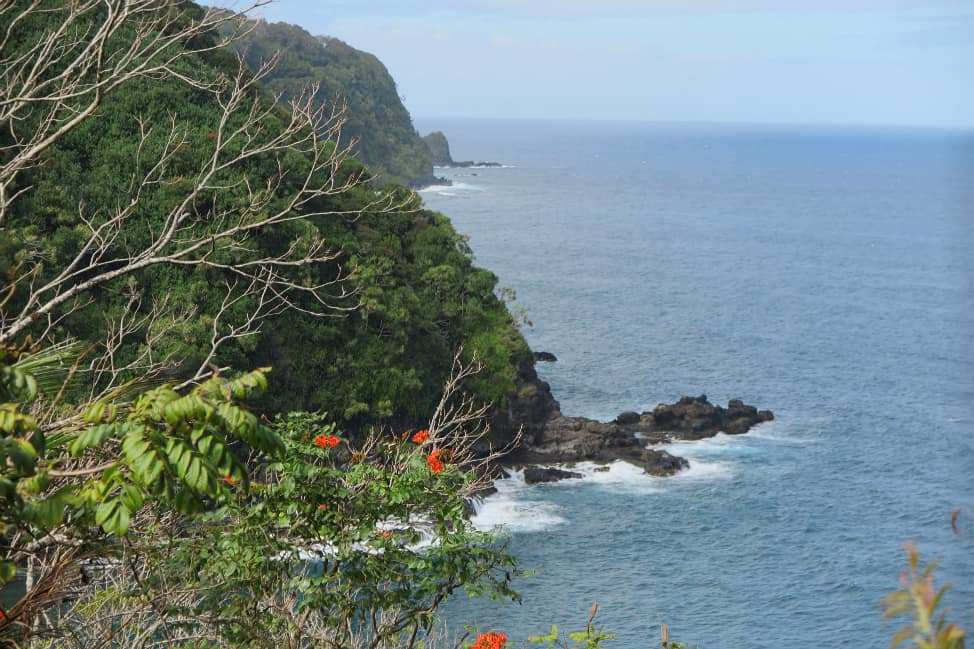