Give yourself permission to enjoy some luxury

I talk like I’m a seasoned backpacker, or something. Like my 65-litre pack isn’t filled with frilly dresses and shampoos. Or five different shades of nail polish and a pound of halva.

Since I left for Greece at the beginning of February I’ve mostly been bumming around hostels and budget hotels. I mean, these were all fine accommodations, like caves and farm houses. But MAN I was so ready for a little bit of indulgence during my quick weeklong trip back to Athens. All I wanted to do was soak in a tub with bubbles and drink champagne like Julia Roberts in that Pretty Woman movie but without that whole awkward prostitution thing.

So with the help of Trivago I booked myself into Periscope boutique hotel, in the swanky district of Kolonaki. (Cool decor: The ceiling is actually a giant aerial photograph of Athens’ streets.)

I hadn’t spent much time there on my previous trip – my heart gravitated more towards the grittiness of Monastiraki and Exarcheia. One of my favourite evenings in Athens was sitting at the Ali Baba hookah bar with Matt, sipping beers and taking in the punky student area. Our waiter was Syrian and he insisted on showing us how to properly smoke the shisha. Such is the openness of Exarcheia.

I found, however, that Kolonaki’s uppity exterior is not what it seems. The whole area is chocked full with the likes of Gucci shops and designer sunglasses boutiques, and those little sidewalk cafes which charge 4EUR for a cup of coffee, but it’s actually about the least pretentious “trendy” city area I’ve come across. Really. Do the Greeks even have it in them to be pretentious? I think that’s what I love the most about Athens in general. It’s REAL, it’s honest, and within the span of five minutes the glassy shopfronts of Kolonaki melds into the graffiti-riddled buildings of Exarcheia. The downtown core is small, and Kolonaki is an ideal spot to luxuriate. Indulging in Periscope’s silk linens and the most comfortable pillows of ALL TIME was exactly what my tired brain needed. I’ve been boastful about my experiences so far, you know, as a first time backpacker. Slummin’ it on the farm (ha ha) and sleeping in caves (with, like, full bathrooms). But damn it’s nice to have a big, fat comfortable bed every now and then.

Other things to love about Periscope:

The retractable shutters to block out all sunlight, thus ensuring you sleep like Dracula.

Their breakfast buffet, which is absolutely the best buffet I’ve EVER HAD, with smoked salmon made in-house and fresh fruit and unlimited coffee. And BEST YET a small menu of breakfast items to order…including eggs benedict, which is like my breakfast kryptonite. Hollandaise sauce is my favourite thing. Matt and I unwittingly missed breakfast on our first morning because we were too hungover to get out of bed, and we severely regretted our ignorance. The fact they left us chocolate Easter eggs, candles, and traditional sweet egg bread on the night before Easter Sunday.

The most superb hospitality and “no fuss” attitude when we asked to change rooms for something a little more roomy, since Matt and I are not actually a couple and his girlfriend probably wouldn’t approve of us sharing a double bed.

I think, as travellers, often we feel guilty about splurging a little on luxury items that make us feel good. Which is silly. Like we need validation that we’re hardcore enough to do the whole backpacking, dirtbag thing.

(Or maybe that’s just me. Hey, is this post validation?)

But the moral of the story is this:

And you SHOULD. The hotel scene fascinates me. In today’s world of Internet reviews and booking engines that allow you to filter all types of results, the competition is FIERCE. I’m happy there are places like Periscope that understand sometimes all you need is a soft pillow and a pile of chocolate. Maybe next I’ll get over my fear of spas and people touching me and I’ll opt for a Caviar Facial at the Burj Al Dubai.

Blog hop: My writing process
Hiking Samaria Gorge without a camera because I’m an idiot 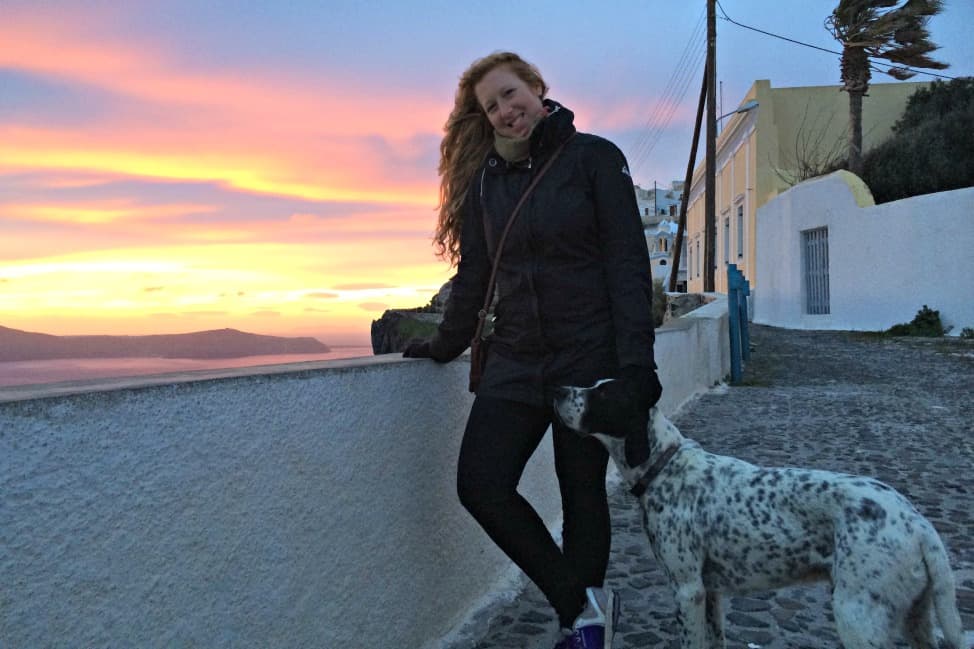