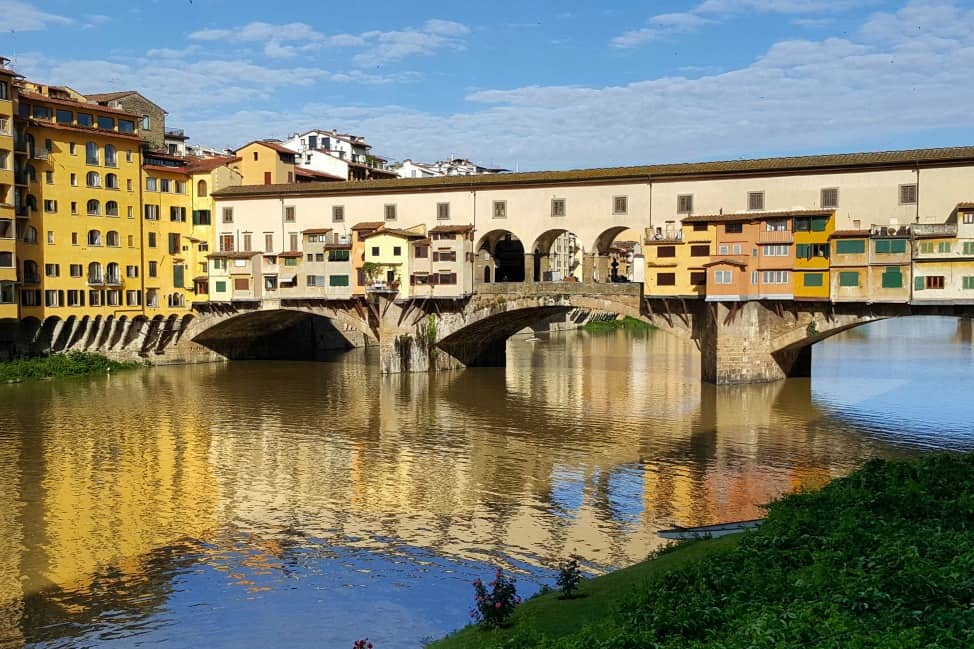 People seem to fall more easily in love with Florence than Rome. This makes sense to me, logically. The city is a little less chaotic, it’s easy to get around on foot, and everything is manicured with a Renaissance-like precision. Florence is a city of art.

I covered just about everything I wanted to do in four days. This is my imperfect itinerary.

My hostel (the Plus Hostel Florence) was about a 15-minute walk from Duomo–the cathedral named for Santa Maria del Fiore. I figured I’d get acquainted with my neighbourhood, and so I spent a good chunk of my first day just wandering the maze-like streets of the Old Town. The historic centre is actually a UNESCO protected site.

I walked for hours. There are stretches of streets that could be Anywhere Town, lined with designer brands and ritzy hotel fronts. And then you’ll turn a corner and there’s a giant bronze statue of a man riding a turtle in front of a church. (It’s called “Searching For Utopia” by Jon Fabre. I didn’t make that up.) Eventually I went searching for a rooftop bar recommended by a million people, but I couldn’t seem to find it. So I ended up buying an Aperol Spritz at a tiny punk-ish bar named Music Café. I’ll never really understand the allure of an Aperol Spritz. It takes like dish liquid. I kept trying to appreciate the drink over and over again. I tried so many times. All I earned was a hangover.

But, anyway, I was definitely the only tourist in the spot and so I spent some time here naval-gazing and reflecting on whether or not Florence might be THE city for me. (Hint: it’s not. Too clean.)

After studying Cultural Landscape in the United Kingdom (yeah, that’s a thing) and having completely exhausted myself cathedrals and churches on the Camino de Santiago, I’m a wee bit over that whole spirituality thing. But the Duomo really is magnificent. It’s got an impressive Renaissance dome and a Gothic exterior. It’s the fourth largest cathedral in the world, and it completely dominates the centre of Florence. Its interior is not as exciting, in my opinion. But admission is free, so it’s worthwhile to visit, and you can pay to go up into the tower. It’s probably the only line-up in the city that moves fast. Remember to cover your knees and shoulders before you go in, lest you cause some priests to blush.

I admittedly was in no way prepared for the hassle of getting into Italy’s museums and galleries. I don’t know what I was thinking, but I certainly didn’t know that I should have bought fast-track tickets weeks in advance. Months, even.

I was told to show up at the Uffizi Gallery early if I wanted to not be standing in line-up for hours. It is, after all, one of the most famous Renaissance museums in the world. I showed up at 8 AM and the line-up was already snaking around the corner.

Botticelli’s Birth of Venus is one of the main draws, but I can assure you, the entire place is jaw dropping. I picked up a free audio guide from Rick Steves’ website instead of dishing out 7EUR for a museum guide.

Optimistically, I decided to tackle Accademia Gallery as soon as I left Uffizi, around noon. The line-up to see Michelangelo’s David wasn’t too terrible, and it helped that I started talking with some Canadians while waiting to get inside. (It did start raining, though. So that kinda sucked.) Full disclosure: I didn’t realize I wasn’t supposed to take a photo of him.

David was well worth the trip to Florence. It’s impossible to fathom how a 26-year-old like Michelangelo could build some a perfect work of art. The statue is enormous. It made me emotional. Gazing up at David’s perfectly chiseled abs, his veiny muscles, his penis just hanging out in all its glory, I thought, “How did a 26-year-old create this and I can hardly afford to pay my cell phone bill?”

I also thought, “David is a goddamned babe.”

It might be a tell-tale sign of getting older, but I believe diving deep into a city or region’s food culture is one of the few real ways tourists can get to know local life these days…even just a taste of it.

And I like doing that with food tours. I love when people tell me what to eat.

I opted for a food tour with Walks of Italy around the Sant’Ambrogio market, kick-starting the morning with some wine and espresso. Because why not start the day off with red wine tapped from a barrel, free pour? Eating like a local in Florence means a lot of Tuscan cucina povera, or “peasant food” (street food). I tried lampredotto made from cow’s stomach, and trippa. But then we moved on to cured meats like finocchiona (fennel salami), and pecorino sheep’s cheese, and fresh pasta, and MORE WINE.

Why are the best places always “across the river”?

That’s Oltrano, on the other side of the River Arno.

First, I went to see the Ponte Vecchio—the famous covered bridge where shops still sale outrageously priced gold and other goodies (feature photo). You’ll find a shit ton of hawkers there too, with blankets spread out on the ground, covered in knock-off purses and sunglasses. It makes for a pretty awesome Instagram photo. Florence is also known for its particularly styled, elaborate gardens, like Fabbricotti or the Boboli Gardens. I didn’t want to spend my whole time roaming around gardens like a gnome, so I decided to visit Boboli’s luscious green space. I was mostly alone—perhaps on account of the rain. Not my smartest hour, but the views were worth it.

Afterwards, I headed over to Piazzale Michelangelo for the epic sunset view over Florence’s bridges. Despite the crowds, it was one of my favourite moments. And probably my favourite image from Florence. I really liked the Oltrano area. I found myself eventually at Piazza Santo Spirito, hanging out on a bench in front of the church, waiting for Osteria Santo Spirito to open so I could gorge on gnocchi in truffle oil, red wine, and tiramisu.

And although Florence wasn’t my Forever City, it’s hard to hate a place where gnocchi comes covered in truffle oil.

What did I miss? Let me know in the comments! 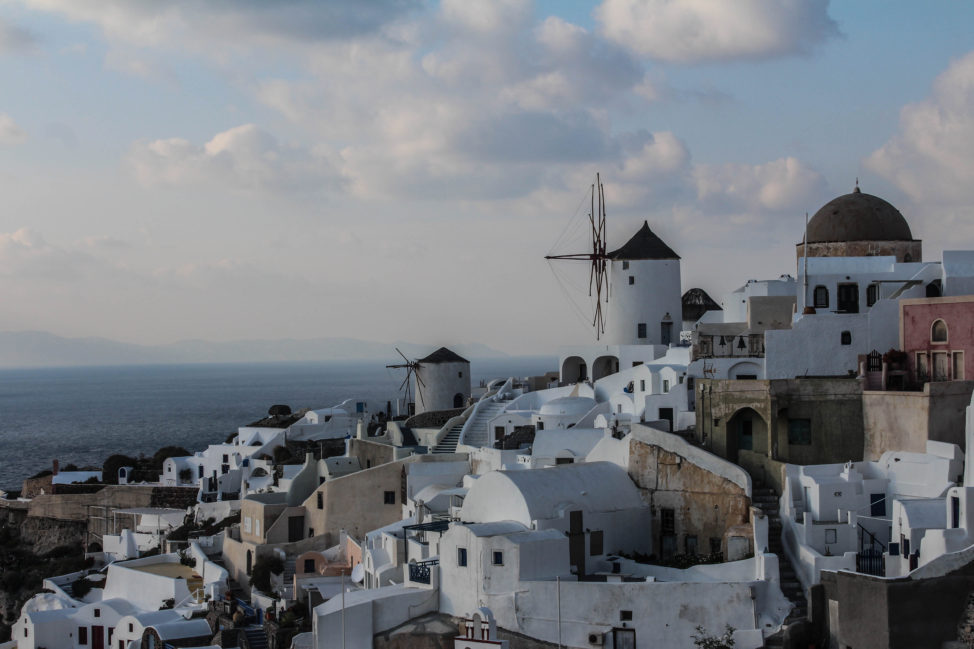 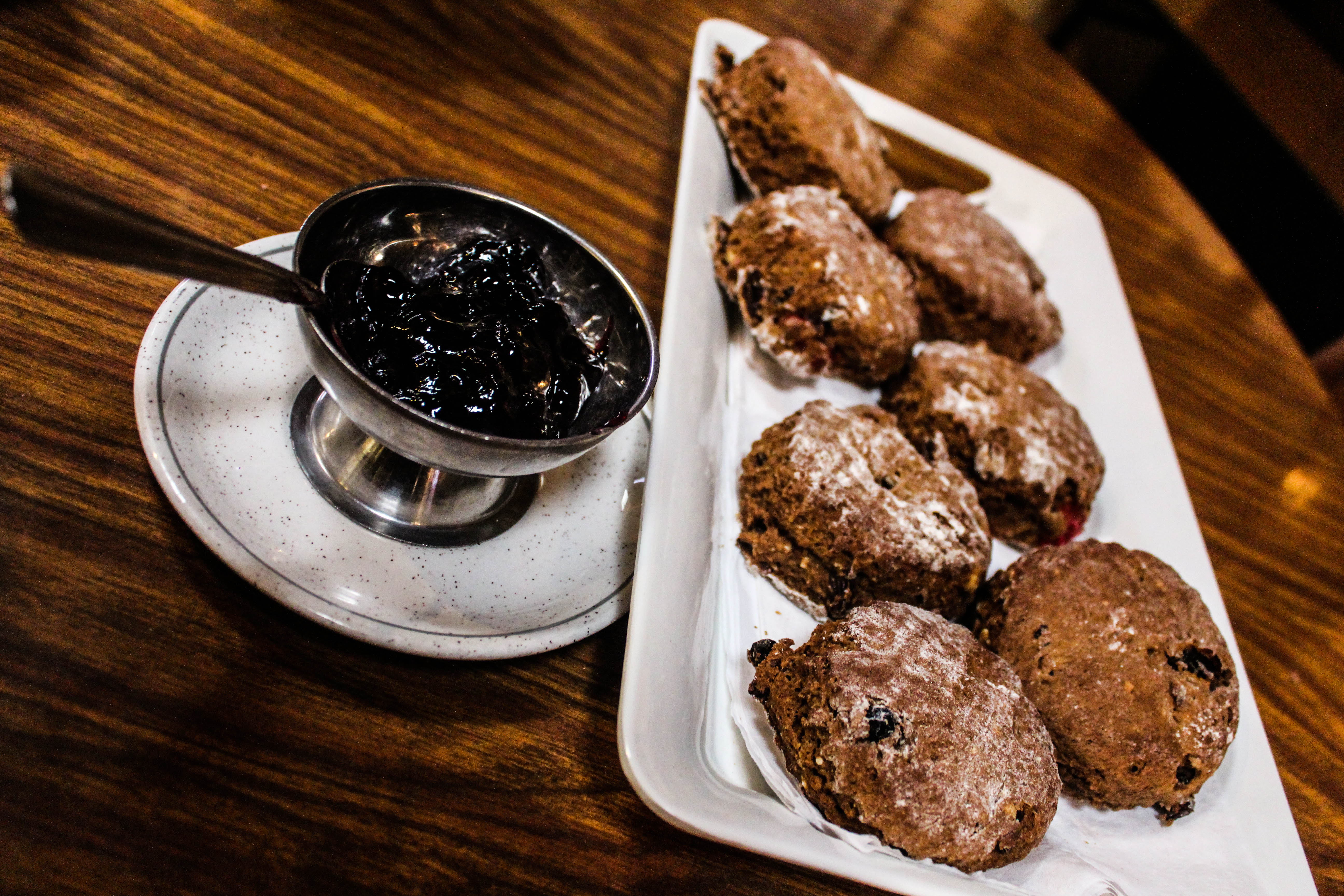 5 Quirky places to visit in Tubbercurry and Banada, Ireland