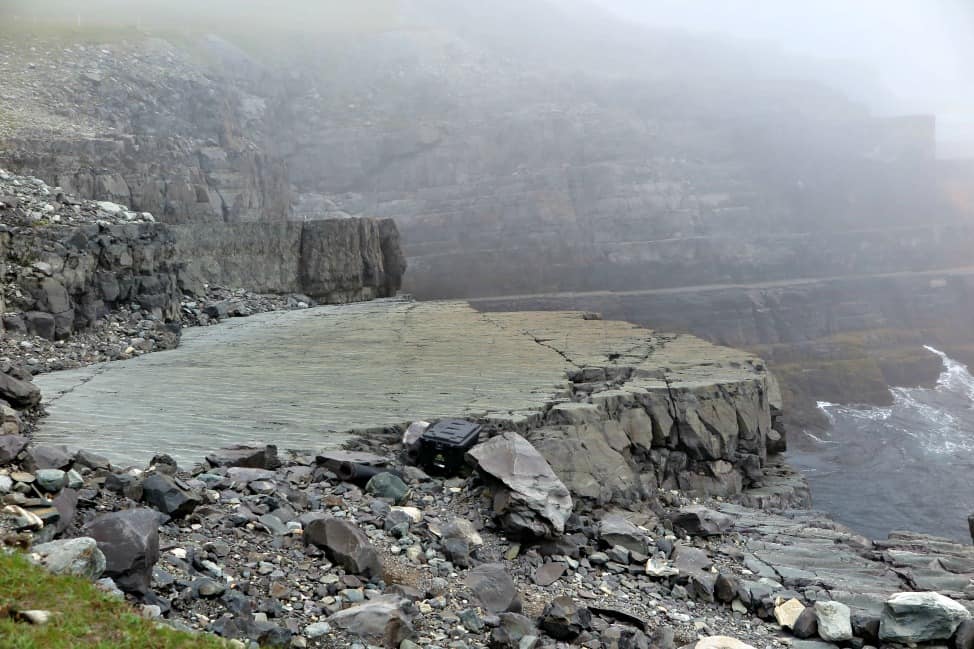 Even when the fog’s so thick you can’t see five feet ahead of you, Newfoundland is beautiful.

Until a few days ago, I haven’t had time to “rediscover” the island. One of the reasons I was so excited about coming back was to reconnect with Newfoundland’s wild terrain while temperatures are still agreeable. I missed the ocean; you can’t find that craggy coastline in Berlin.

My arrival home coincided with UNESCO World Heritage designating the Mistaken Point Ecological Reserve as one of their newest sites. There are now 18 in Canada — four in Newfoundland and Labrador (Mistaken Point, Gros Morne National Park, L’Anse aux Meadows, and the Red Bay Basque Whaling Station).

It’s a pretty big deal, because it’s the only UNESCO site on the island’s east coast. It’s also a good way to draw in more tourists, and according to the guide I chatted with at the site, the telephone started ringing almost as soon as the UNESCO announcement was made.

So here was my opportunity to reconnect with Newfoundland.

The name Mistaken Point was given to the area because of its unfortunate tendency to cause shipwrecks. Waves beat the shoreline relentlessly, pouring over rocks, slamming into the cliffs. Hundreds of thousands of years of erosion, and the area is continuously changing. Nobody can predict what will happen to the fossils over the next hundreds of years. That’s why today’s research is so important. The site itself is unique looking — thin sheets of exposed rock piled on top of one another, due to enormous pressure and heat moving the Earth’s plates around. The sheets have piled upon each other diagonally, and at one point, even curve over one another. It’s like you can see where they “melted.” (I’m not a geologist, FYI.)

It’s impossible to tour the site without a guide. Don’t even think about it; it’s both illegal and disrespectful. You can call the interpretative centre in Portugal Cove South to reserve a spot, although I imagine this will be easier to do soon (perhaps an online reservation — sometimes Newfoundland takes awhile to catch up).

I met my guides at the interpretation centre and watched a short film about the site before me and a dozen other visitors piled into our vehicles and drove out to the start of the trail leading to Mistaken Point. It’s a rocky, unpaved path that might be a little difficult for some vehicles, but overall you’ll make it just fine. It’s about a 20-minute drive.

The trail to Mistaken Point is a leisurely 45-minute hike; almost anyone can do it. My group consisted of several screaming children, a solo elderly woman travelling around Newfoundland alone for three months, and walkers of all shapes and sizes. We set out across the eastern hyper-oceanic barrens (or just “barrens,” in Newfoundland), through a wide-open flog with the fog completely obscuring our view of the Atlantic. Only the faint scent of brine and the monotonous crashing waves told us there was an ocean nearby. To be fair, the trail isn’t all that thrilling. Or at least for a native Newfoundlander it isn’t.On good days, you might spot a moose, or a caribou, or even a mink. The guides know their stuff — they’re typical park ranger-like heroes who can immediately distinguish 20 different types of trees and a hundred more species of berries. Every now and then, Julie (a guide) would point to a spot in the moss and declare something special about it. “Look, an underripe bakeapple!” And there I was, thinking it was a raspberry.

The guides continued to point out things of interest. My favourite, as always, is the stubborn tuckamore — forest growth (balsam fir, usually) completely stunted by the wind. One of the guides pointed to a short, squat balsam fir and explained how the fir had grown outwards instead of upwards. Now it’s just a big ‘ol fat fir, somehow surviving the brutal winter squalls sweeping across the barrens every year. (I liken these firs to Newfoundlanders.)

We picked our way across a small stream, up over a grassy hill, and finally we rounded the corner to find ourselves at the mysterious fossil site. We were all given special booties to wear on our feet to protect the rock surface.

“I was about to say I wanna take a picture of all these booties,” joked one woman. “But then I thought it’d be inappropriate.”

Groups have to remain small, so the guides split us up and handed out laminated fossil guides and magnifying glasses. But first, Julie pointed out a bunch of fossils to get us started. The “spindles” are the most easily identifiable, and although their imprints look like spines, they’re actually more plant-like. Their grooves are deep and distinct, and easy to find. Julie then pointed out several more fossils, including a “cabbage-like” imprint.

I admit, I really sucked at this treasure hunt. Where others saw cabbages, I saw lumpy rocks.

Still, you have to appreciate the significance of the place. You’re walking on 565-million-year-old sea floor. You’re lightly touching some of the oldest remains on Earth. Evidence for Darwin’s theory that the early Cambrian period did contain life.

And then there’s the backdrop. The entire rock lies flat against the cliff, making it incredibly easy to walk across. The fog doesn’t matter — you can see the dramatic coastline being pummelled by waves, and the greys and whites just add to the atmosphere of the place. It’s spooky and mysterious and all kinds of thrilling.

I safely scrambled up and down the surface, magnifying glass in hand, pretending to know what I was looking at and trying to identify the images on my laminated sheet.

“That’s just a rock,” someone would suggest helpfully. There are over 6,000 fossils onsite. And according to one of my guides, they’re still discovering new things. Some don’t even have scientific names yet. 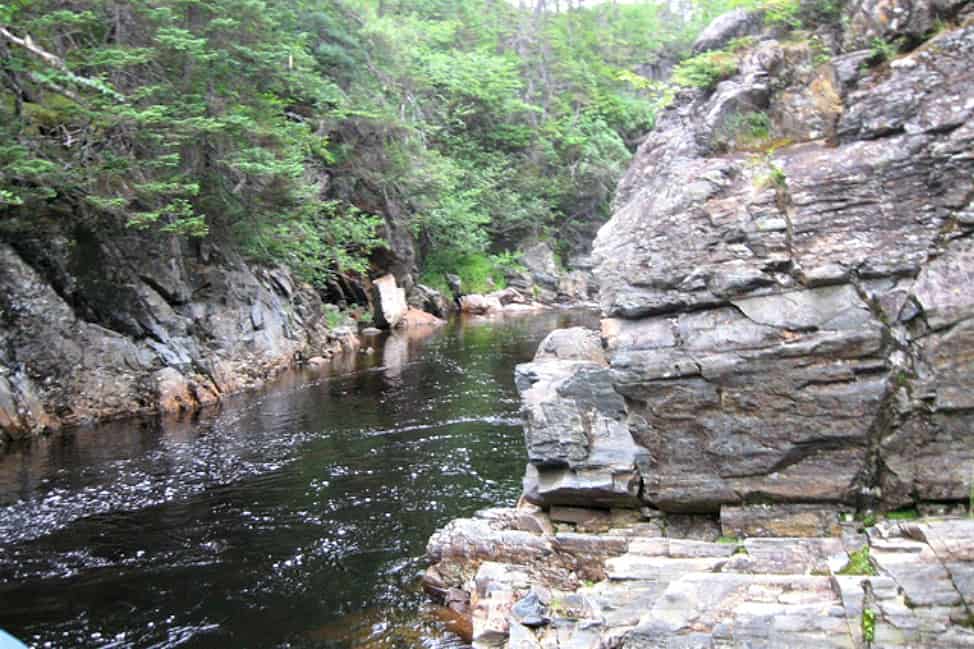 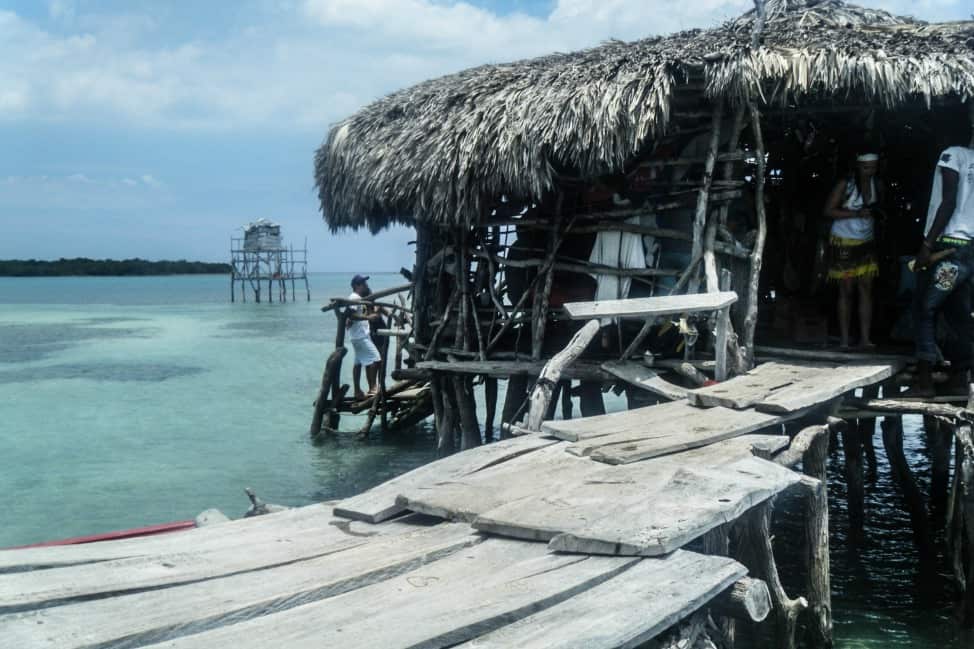