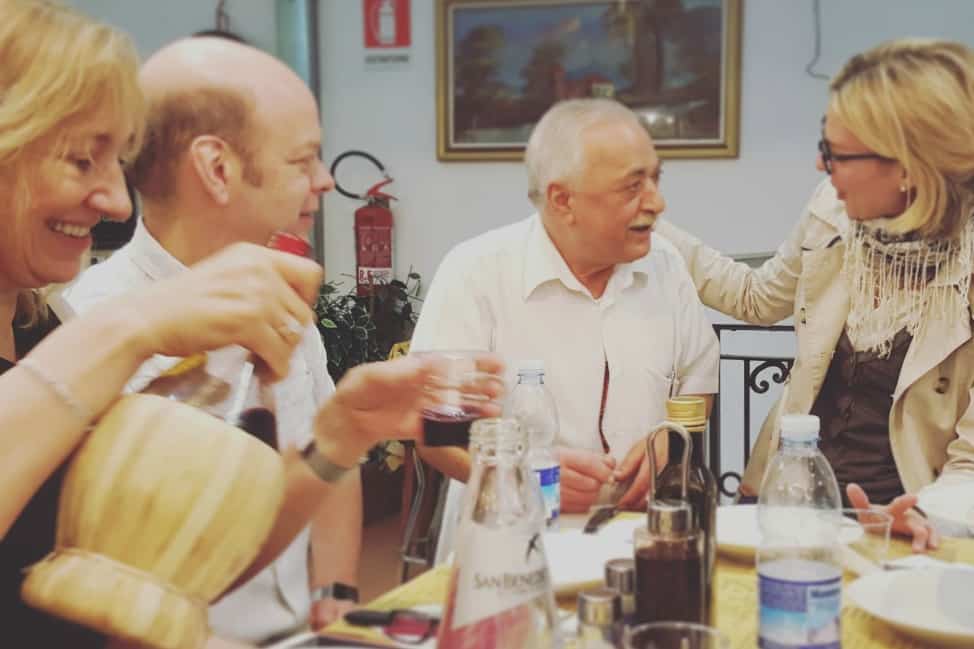 I did a couple of food tours in Italy. They were the highlights of my entire trip, and the only times I actually felt immersed in Italian culture.

My first morning in Florence, I woke up bright and early and headed to Piazza Santa Croce for a Walks of Italy food tour around the Sant’Ambrogio market. Far from the crowds, I met my tour leader Teresa at the base of the Dante statue surrounded by a busy flurry of people setting up the fairgrounds for a weekend race.

Teresa, my guide, was all smiles and warmth. My small group was pretty young and immediately likeable. I knew we’d all get along when Teresa suggested that our first stop be wine.

I like wine but I’m not much of a connoisseur. Generally I pick out whatever’s cheapest at the liquor store and hope for the best. (I’m a writer, I can’t afford to be picky.)

But wine is a way of life in Italy, and people take it seriously. So seriously that in Alla Sosta dei Papi you can refill your bottles at the giant wooden barrels as if you were tapping a keg. Just turn the magic handle and the wine floweth forth. Handing me a wine glass and telling me to take as much as I’d like is like putting me in the centre of a cheese buffet. I’m amazed they trusted me.

We started with a lighter red wine and Teresa walked us through the tasting protocol. Tilt the glass; look at the legs. Smell it. Take a sip and swish it around. Let it coat your tongue. Then, have at ‘er.

Teresa would ask us what we tasted after each sip.

Everyone else: “Hints of blackberry with lingering traces of plum and the faint aroma of oak.”

And since it’s Italy, you never drink wine without a snack. We ate crostini spread with dark olive paste (amazing) and the best olive oil I’ve ever tasted. And I worked on an olive farm in Greece.

Three glasses of wine left some of us feeling rather light-headed and woozy in the hot Florentine sun, so we requested a quick coffee stop.

Coffee in Italy is another delicate art. Personally, I’m the kind of gal who brews a large pot in the mornings and drinks it throughout the day, slowly sipping away. Italy’s all business about coffee. You step up to the cash, order an espresso, drink it back with a few deft gulps while standing at the counter, and then make your way. If you sit down, you often get charged a sitting fee.

I’m not a huge espresso fan, but in Italy I could actually inhale its strong scent all day long. It’s amazing fragrant. Even the most generic cafes tend to have overpowering espresso.

We sobered up quick.

The street food you don’t really wanna think about

Everywhere you go in Florence, you’ll spot street food stalls selling lampredotto and trippa (tripe). Think of it as like the hotdog stands littering North America.

This is referred to as “cucina povera,” or peasant food. Both are made from cow’s stomach, but the lampredotto is especially local to Florence. The stomach is cooked in water with tomato, onion, parsley, and celery. I couldn’t really “stomach” it (see what I did there?). But I actually didn’t mind the trippa so much – it’s made of the meat from the digestive organ between the esophagus and the stomach.

That’s all you really need to know about that.

Forget all the other markets in Florence, Sant’Ambrogio is as local as it gets. I’m not sure a single person there spoke English. It was marvelous.

Italians who take their food seriously don’t usually purchase all their goods at the local supermarket. They have specific vendors they visit – sometimes they’ve been visiting them for decades. You develop a rapport with the owners and life is grand. It’s usually not a problem to request samplings from the vendors, so take your time and peruse. Here we tasted Parmesan cheese aged 43 months, and prosciutto aged 20 months. We ate finocchiona (fennel salami) and cinghiale (wild boar), and then tried the region’s famous pecorino sheep’s cheese.

If you’d rather have a sit down meal, the market has that option too. We sat down at Rocco’s for some pappa al pomodoro (a bread and tomato soup), and a cold bread salad known as panzanella.

Rocco himself joined us. He’s bit of a local figure and he loves the ladies. He also keeps a generous stock of wine on hand.

What’s a proper food tour without gelato? Not a food tour at all, frankly. A few lessons in gelato: not everything labeled as gelato is actually gelato. Often it’s sugary generic ice-cream. But for the most part it’s easy to tell the difference.

With those little tidbits of knowledge, it’s easy to find real gelato. We went to Il Procopio, an award-winning gelato spot near the market. They’ve got all kinds of inventive flavours, including Il Procopio and La Follia di Procopio, which have both won awards in the past. They’re a mish-mash of nuts and fruits, orange peels and pistachios. Perfectly balanced and outrageously delicious. 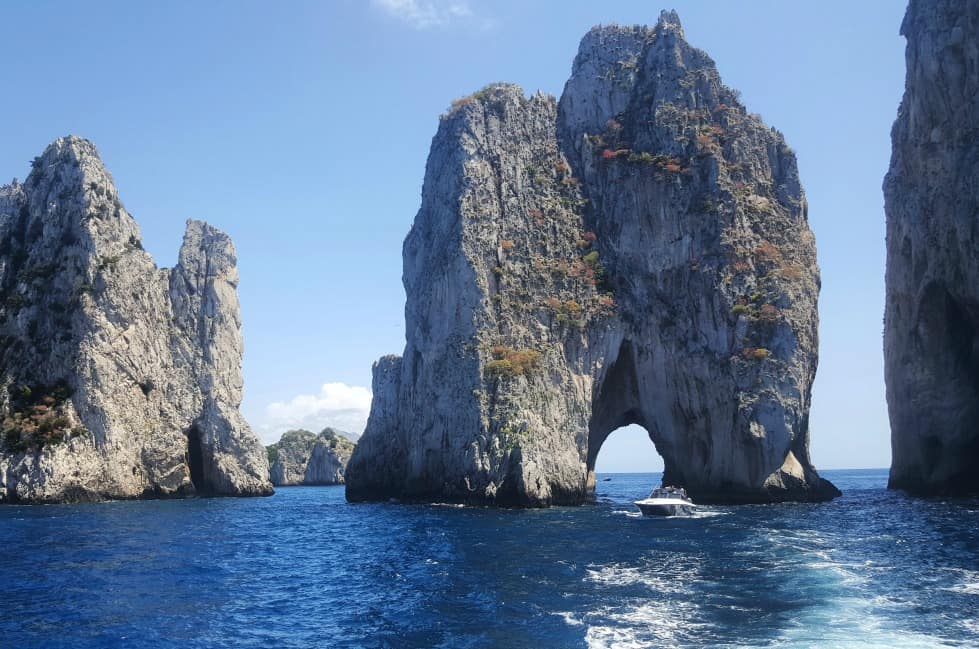 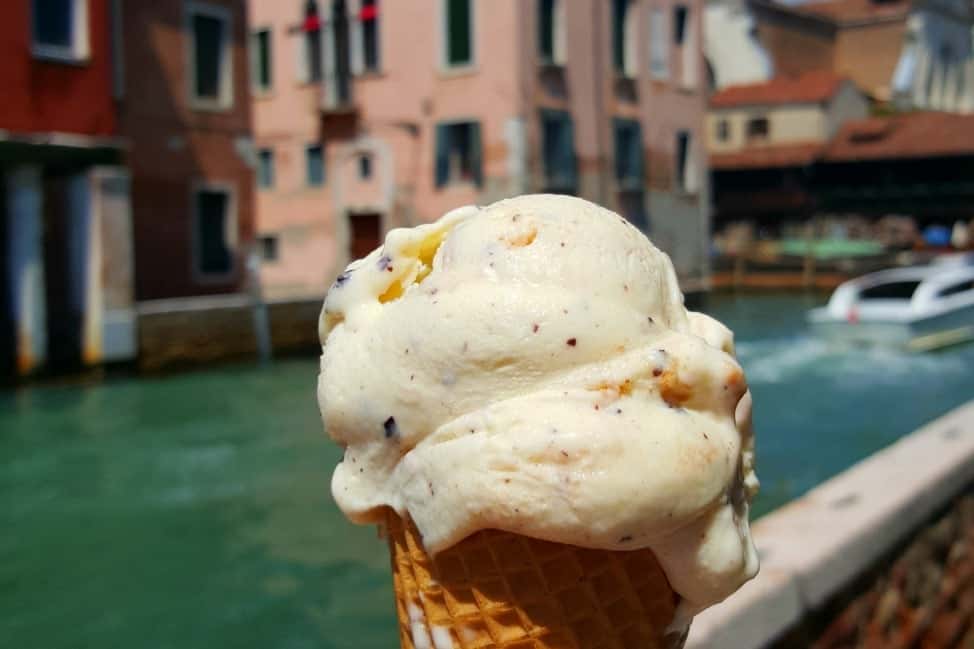 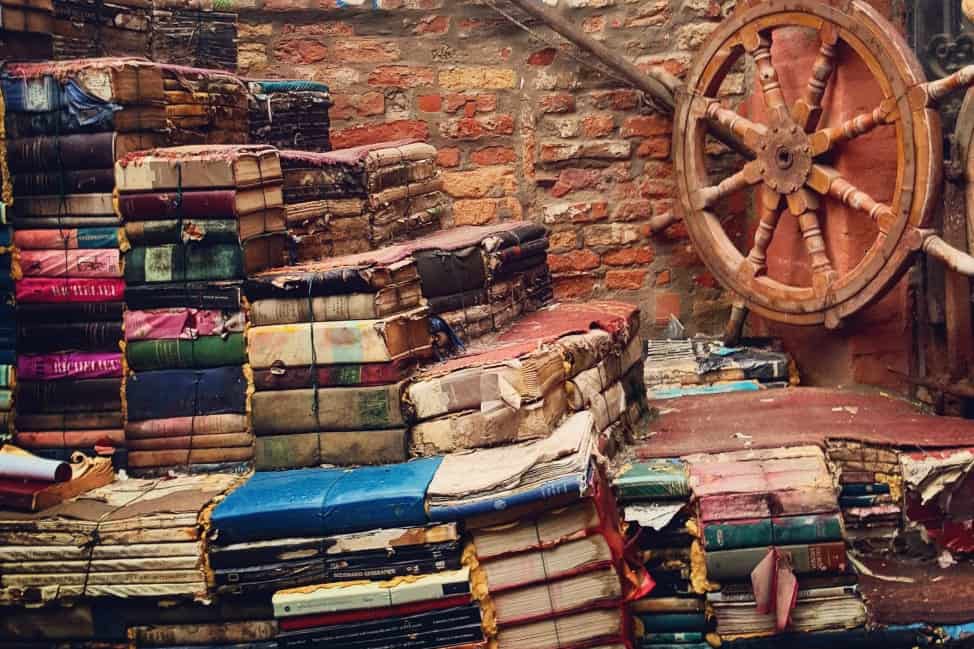