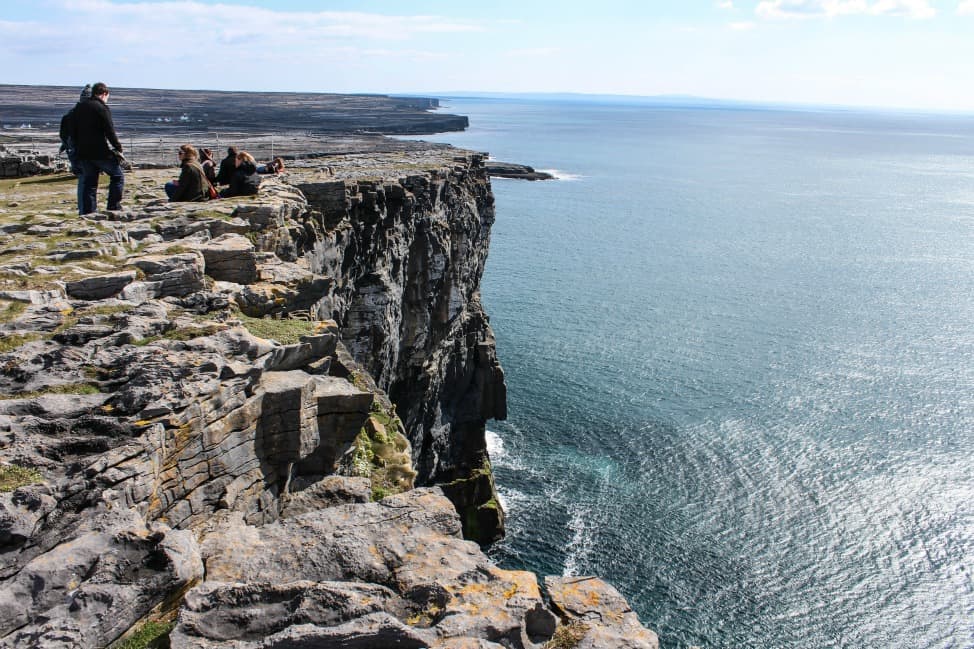 (Do people use the word “rad” anymore? Whatever. I’m into it.)

It’s been nearly TWO YEARS since I went to Ireland; how do I STILL have content to write?! Fortunately, I have enough material to keep this blog busy until I start my long-term travels. Otherwise, I could fill this space with kittens.

Anyway, other than Dublin (which I dislike in large quantities), Galway is the best place in Ireland to set up shop for a bit while poking around Ireland’s countryside. I did a few trips on my own, and then other trips with friends. You can fit a lot into one day, or spread these out over some time. Here are my suggestions for day trips from Galway.

Other than the Aran Isles, it’s really helpful to have a rental car for these destinations.

The O’Flaherty family built this castle in the 16th century, and it’s considered a “tower house.” It fell to different hands throughout the centuries, but is now owned by the Duchas, responsible for maintaining Ireland’s historical properties. Nowadays you can pay a small fee to explore the tower and the castle grounds. There isn’t a great deal left, but the castle itself is in surprising good shape.

If you like old shit like I do, Poulnabrone Dolmen is pretty rad. The megalithic tomb can be found on the Burren, in County Clare. It dates back to the Neolithic period and gives some solid information about how the country’s very first farmers lived. Evidence (including tools found in the tombs) have suggested they were short and violent. Go figure. The tombs are two large portal-stones serving as an entrance, a back-stone, and a roof-stone to cover the burial pit. Although the roof-stone can weigh up to 100 tonnes, nobody actually knows how the farmers moved them here. This tomb contained 22 people, including 16 adults and six children. Connemara made up my favourite landscape in Ireland. Scott and I first drove through here because we got lost. I’m glad we did. Later, my Couchsurfing host Richy took my friend Julia and I on our own little road trip. The goal here is simply sightseeing. There’s the Twelve Bens mountain range, the Roundstone Bog filled with lakes, and of course, the Atlantic coastline. We didn’t have a cell phone signal the whole time. This, my friends, is where you go to get unplugged. The entire countryside has nothing but walking trails, flowering fields, and meadows filled with sheep.

Scott and I once pulled over to snap some photos of the wooly and delicious critters, commenting on the farmer burning brush in the distance where there appeared to be a ridiculous amount of smoke. When we hopped back into the car, we met some fire trucks on the way out. I still laugh thinking about that poor farmer desperate to put out the flames while we stood there nonchalantly taking photos of sheep.

I didn’t get to see the inside of this Abbey, but I explored the grounds and I know a few people who have stayed here overnight (the rooms in the hotel aren’t overly expensive, surprisingly). Photo by Arnold Unterholzner because apparently I didn’t take any photos.
Kylemore Abbey is a Benedictine monastery founded in 1920. Also onsite is the Kylemore Castle. The Abbey itself was founded for Benedictine Nuns who fled Belgium during World War I, and they couldn’t have chosen a better setting. Seriously.

I wrote about this experience biking solo around the island, and it was easily one of my favourite days in the country. This definitely requires a full day trip, at least to Inishmore (the biggest island). I didn’t get to see the other smaller islands, but considering Inishmore has just over 300 residents, I’m sure the other islands are all exceptionally beautiful and peaceful in their own ways. The Aran Islands are mainly known for their preserved Irish language.

On Inishmore, rent a bike and pedal around. Dun Aengus should be your priority: it’s a Bronze Age and Iron Age fort with a 330-feet climb to the top. Here the karst cliffs drop into the Atlantic Ocean at a terrifying height, and the view goes on forever.