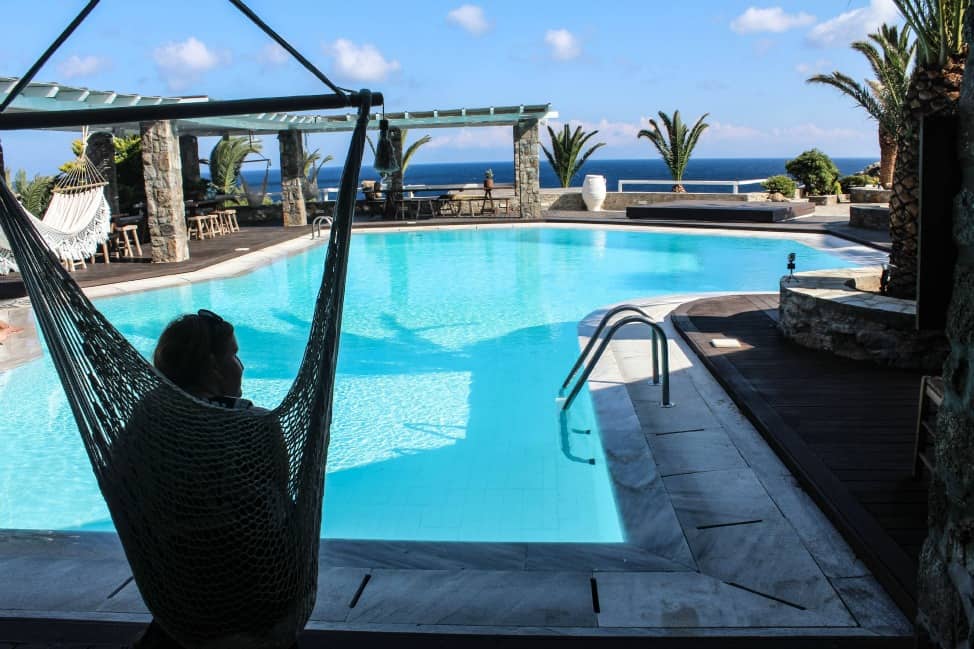 I just so happened to be breezing through Mykonos at the very same time that San Giorgio Hotel was hosting Blogger Week – a weeklong event hosting various bloggers from around the globe, with the intent of sharing the #SanGiorgioLove. Serbians, Americans, Austrians, Germans, you name it. Most of them work in fashion and design, and they included the likes of Elle features editors. And then there’s little ‘ol me with my 20-ton backpack wearing sweatpants and smelling like cheap wine.

I love the disparity of my travel writing life.

San Giorgio even generously gave Matt his own room because we were growing sick of each other.

Just kidding. I miss him a lot. Baller. Disregard the nail polish job.
San Giorgio is located about 15 minutes from Mykonos town, next to Paradise Beach and all its fun amenities (i.e. go-go dancers). The day I showed up, they were hosting a pool party of wonderful proportions. I had a quick shower, smeared some paint onto my face, and saddled up to the bar.

“Rosemary, or regular?” the bartender asked. What a world we live in.

The bartender presented me with the most wonderful Rosemary Mojito I have ever set eyes on. It was glorious. Matt, having a penchant for finer tastes than I, asked Thasos (the bartender) how he made it.

“It’s a rosemary syrup. I handpick the rosemary myself and then grind it into a syrupy mixture,” he said, showing us his bottle. He’s had three years of learning experience at a bartending school. And so you get some idea about how much care San Giorgio puts into its presentation and service.

(Side note: Try the Greek yoghurt with strawberries. It’s like a cream dessert, and I’ve been lusting for it ever since.)

I had a chat with Thomas, the owner. He’s from Germany and has had a good deal of experience running businesses in the service industry – starting out with a bunch of nightclubs, and now hospitality. He met his colleague, Mario, in Ibiza years ago and it was like fate.

“We wanted a unique hotel experience that wouldn’t be stuffy,” Thomas said. “Around here you can walk around in flip-flops and sweatpants, and no one will care.”

Good thing, because it’s my attire of choice.

The reason I choose hostels so much over hotels these days is because I prefer the social setting, especially when I’m travelling alone and want to meet friends and make out with Australians. (Also because I’m poor and can’t afford to indulge all that much.)

But San Giorgio provides the kind of social atmosphere that most hostels have: a big pool and bar area, a cushy lobby area, a private garden, and even a chapel. Although I suppose you can’t be social in a chapel. But still. It’s there. Photo by stereosis photography
I’m also a big fan of the finer details that these epic boutique hotels always covet. Thomas’s friend handpicked all of San Giorgio’s Bohemian designs. “We picked up some of these old tables in Athens and refurbished them,” he said. Photo by stereosis photography
I’m embarrassed to admit that my most favourite thing about the hotel was its smell. Everything smelled like a spa, and although spas and all their fleshy components made me uncomfortable, I could spend all day in the waiting area just inhaling the sweet scent of aesthetics and pampering. I’m equally embarrassed to admit that I opened up my room’s closet door on more than one occasion to catch a sweet whiff of that spa goodness. Really. It lulled me into a few much-needed sleeps. I was blissful in my king-sized bed, having averaged four hours of sleep a night for a week beforehand. (Ios will do that to you. Or you’ll do it to yourself. Either way, good for you.) In the process, I met some wonderfully talented people, made some great new friends (including the hotel staff), and lived like a queen for a few sweet days. I was a little relieved to see Mykonos beyond the outrageous party scene, like the iPhone cases sold in shops with “COCAINE” written on them (often paired with a nipple or two – seriously), or the “bros” wearing their neon wife beaters. Yes, it’s possible to keep it classy. Thank you, San Giorgio. 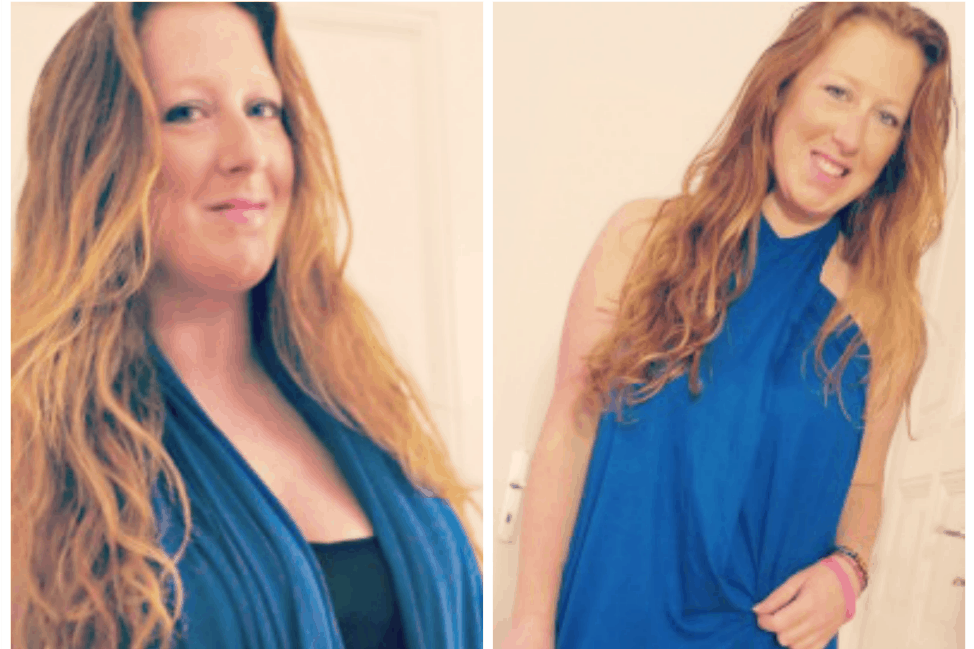