I hadn’t really intended on going to Turkey, but since I could literally see the country from my farm in Lesbos, Greece, it felt wrong to pass up the opportunity. So I booked a ferry from Mytilini to Ayvalik, where I met my friend Michael for a quick jaunt around the Aegean Coast.

As far as Turkey trips go, it wasn’t the best one. I didn’t do a great deal, and Izmir didn’t appeal to me at all, although the people were wonderful. I was running short on time, BUT I knew I had to go to Ephesus. My little Greek heart insisted.

I made Selcuk my base for a few days, and for the first time since being in Turkey, I felt at home. I booked a quirky room at Homeros Pension, where the breakfasts were hefty and the owner proposed to me several times. It’s the red hair, I know it.

From Homeros Pension, Ephesus is a mere 25 minutes away. So I set out one day with Michael and then we quickly parted ways. I don’t think he was prepared for my dorkdom.

Because I GEEKED OUT SO HARD. The marble road.
Ephesus was an ancient Greek city built in the 10th century BC by Attic and Ionian Greek settlers. It’s for certain the best Greek ruins in Turkey. At the height of its success, it came under control of the Romans and was home to up to 200,000 people in the Roman period – the third largest city in Roman Asia Minor. While much of the ruins that you see are Roman, its roots and influences are inherently Greek. And I don’t think it’s a stretch to say that they’re likely the finest ruins from Ancient Greece.

I haven’t seen them all, mind you. But I’ve seen my fair share. I explored all the ruins in Athens, and the Minoan towns on Santorini and Crete. I saw the portara on Naxos, and the Temple of Poseidon on Cape Sounion. Ephesus didn’t quite capture the spiritual atmosphere around the Oracle at Delphi, or the Temple of Apollo, but it came close.

Some cool facts about Ephesus:

It was made famous for the Temple of Artemis, one of the Seven Wonders of the Ancient World, although it’s been destroyed over and over again. All that remains now is a single pillar in an empty field, not on the current Ephesus site itself.

82% of the city is still unearthed.

It’s home to a gladiator’s cemetery, still being excavated.

The Gospel of John may have been written here. It was hard to find any sort of solitude at Ephesus, because even at low season, it was filled with tourists. I even had some Turkish students approach me to ask me questions to practice their English. They were delightful, and they couldn’t believe I had travelled so far, but I mean, the SHEER AUDACITY to interrupt me while contemplating life as I sat on a Roman column! I’m kidding. It was great to see how well the site workers took care of the place. I even watched a guard pour water and cat food into a hole for a stray cat.

But it’s all about the details.

My first stop: the theatre. The theatre used to host an impressive 25,000 people, and was used both for entertainment and political reasons. If you climb to the top, you’ll get an excellent sense of scale. The biggest draw at Ephesus is the Library of Celsus (feature image). It was built in 117 AD as a tomb for Gaius Julius Celsus Polemaeanus, the governor of Asia (a province at the time). More than 12,000 scrolls were kept in cupboards in the walls, which were built to keep the parchment preserved. Although much of it has been restored, the library is pretty darned breathtaking. I love the Greeks and their regard for knowledge, seriously. It was like a temple to education.

Some of my favourite things about the site were the terrace houses, where you get a real look at the Romans’ private lives. The wealthy lived in these, right at the centre of town. Houses had central courtyards surrounded by rooms, and most of these rooms had mosaic floors. Some were black and white geometric design, and others were insanely detailed mythical designs, like the Triton and the Nereid (the mermaid). Featuring The Lion Room.
Another point of interest from Roman/Hellenistic times: the Prytaneion, the city hall with its sacred eternal flame to protect the city, devoted to the goddess Hestia. According to legend, the flame could not be put out, and doing so would mean disaster. The fire of Hestia was also used to heat citizens’ homes. I couldn’t help but wonder what happened when the fire DID go out. Did everyone just collapse in hysteria? Which guard allowed such a thing to happen? Did he feel guilty about it forever? GOD I wish I weren’t so absorbed in a world that happened so long before me. The Prytaneion.
If that doesn’t amuse you, there are the latrines, where people came to socialize and talk politics while defecating. I shit you not.

When I went, I bought an audio guide to tour the site. I kinda wish I had hired a guide, though. I feel like it would have been a much better experience than listening to some whiny British lady talk history through my headphones. But anyway, if you do go, learn all that you can, and appreciate. 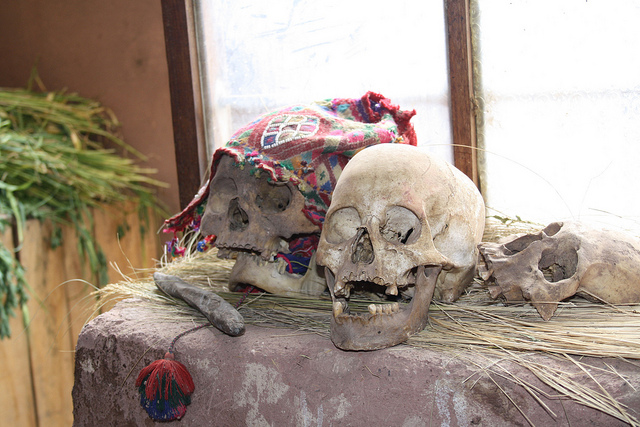 The struggles of learning German