I arrived in Halifax after a gruelling one-hour flight from YYT, having spent my time knitting furiously and downing $7 beer. It took the edge off, and Jo’s baby blanket fortunately didn’t suffer the consequences. I sat there amused to realize I was knitting the Republic of Newfoundland flag while wearing a similar bracelet. It reminded me of my return flight over 6 months ago, where I was reading The Colony of Unrequited Dreams and marking my spot with a Newfoundland and Labrador Tourism bookmark.

Except this time my guest bedroom has been converted into a baby’s nursery, and my new room is where Jo’s fiancé keeps his homemade beer and wine. Bold move, my friend. I just received a withering stare from her across the living room as I tipped back my beer and sighed, “My god, this is good.” Don’t tempt a pregnant lady. Well, not this moose.

But I can’t tell you how happy I am to be back in Halifax, my second home.

So I survived the flight and now I just have to survive several thousand kilometres of driving and train hopping. The awesomesausage news is that after TBEX in Vancouver, I’m partaking in a week-long Hoodapus tour through the Rockies courtesy of Moose Network! AND I’ll be joined by Corbin of iBackpackCanada, so you can be assured of tomfoolery and mayhem. Shuswap Lake, Lake Louise, Jasper, Banff, and Kelowna…all of western Canada I was devastated about not having enough time to see. Isn’t life grand?

*No moose were harmed in the making of this blog post. Except for this one, because we accidentally broke its antlers and then nearly got kicked out of town. Oops.

On Leading Double Lives and Owning What you Love
Newfoundland DOES Have Beaches! 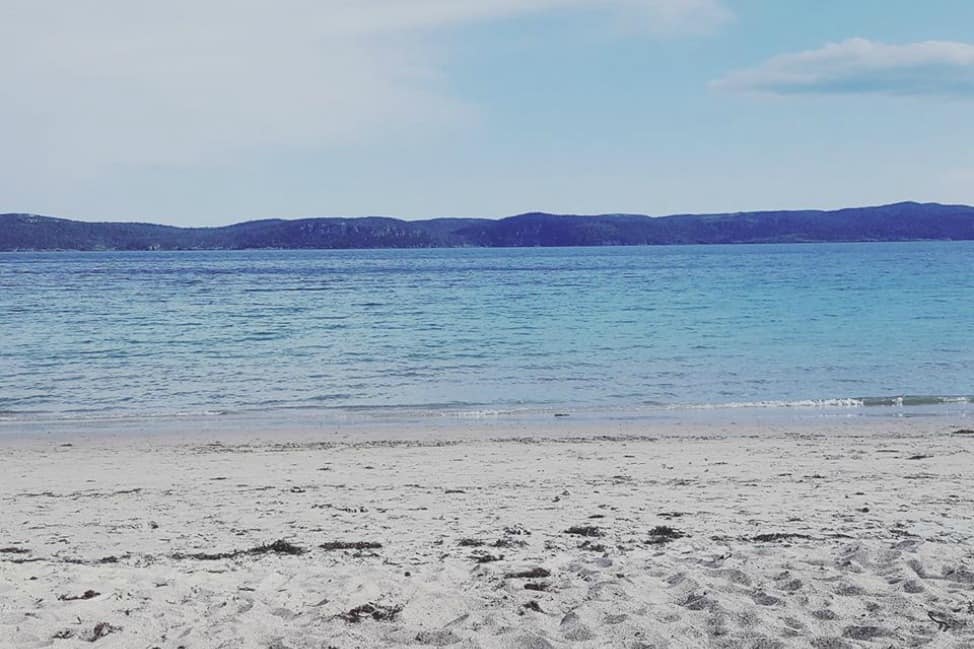 Newfoundland DOES Have Beaches!