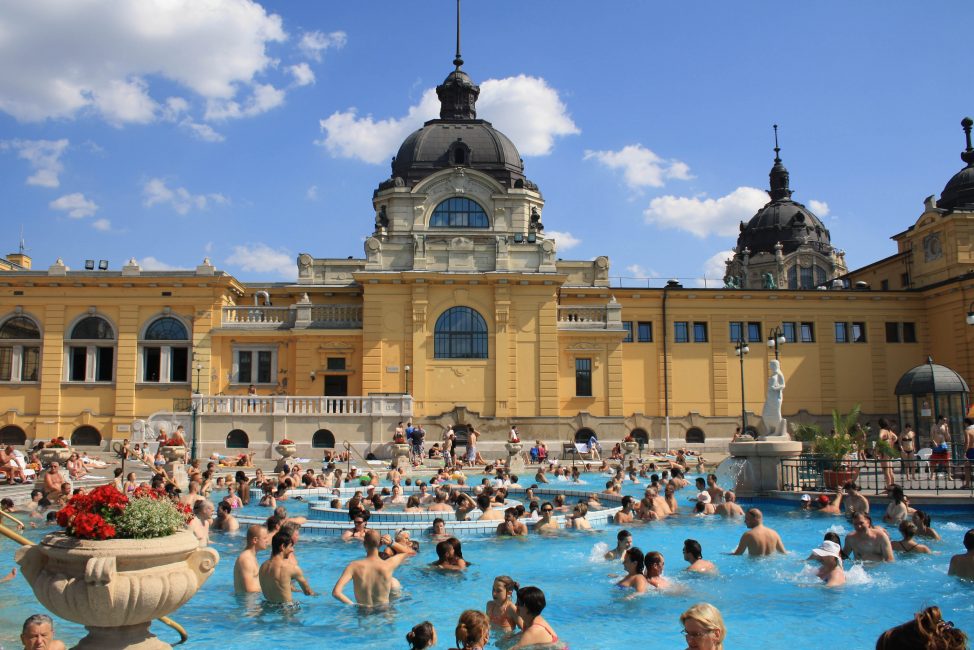 Bathing in Budapest with sexy Hungarians

While I was in Budapest, I found myself faced with one of those difficult decisions that all travel writers must face on the road: which baths do I visit, Széchenyi Spa or Gellért Baths? The former had fat old Hungarian men playing chess in their skivvies; the latter had awkward massage moments from masseuses who weren’t discouraged by nakedness. (Heard from a friend of a friend of mine.)

Naturally, I went to Széchenyi. The true story is that this was all determined by the fact I was too hungover to stay conscious and didn’t realize everyone had gotten off the bus at Gellért until we rolled up to Széchenyi on the Pest side, with only Natalie and I still on board.

I still have no idea how to pronounce its name and I generally just refer to it as “that ‘S’ place.”
It’s the largest spa in Europe, with three outdoor pools, three sauna rooms, and a bunch of indoor pools at different temperatures.

Széchenyi was opened in 1881 as a temporary bath, and was converted into a permanent bath in 1913. Now it’s got all kinds of modern infiltration systems and fancy shiz, so that you don’t have to worry about catching any weird fungal infections. Budapest is rightly referred to as the Spa City, and other than the traditional public baths, you’ll also find more modern baths around the city and even some off-the-radar, smaller places where little English is spoken (i.e. Király Baths, or Rudas).

If you’re as much of a spa noob as I am, let me tell you how the spa works: you show up, pay an entry fee, pay for a change room, wander around, and either sunbathe or float around hot or cold water pools with a bunch of Hungarians and a scattered tourist. Apparently “that ‘S’ place” is more of a local destination than Gellért, although we did witness three stag parties and some friendly Brits who gave us hugs upon leaving. Széchenyi is a bit rough around the edges. You get that delightful sulphuric rotten eggs smell inside the building, but then you step out into the bright yellow courtyard and it’s like one big ass pool party with everyone of all ages, from Pampers to Depends. Ladies and gents, no need to be shy about your bodies here.

There’s tons of room for everyone, and when you’re sick of sunshine and merriment, you get to stuff your face with hot dogs or ice-cream. (Here’s where you’ll also find the nearly-nude chess players.) There’s even a fun little whirlpool which everyone swims around in circles. This trip was hosted by Contiki, but all opinions are my own unless under spell of hypnosis.

Surprise! Budapest is awesome
10 years worth the wait: Seeing Fiona Apple in concert 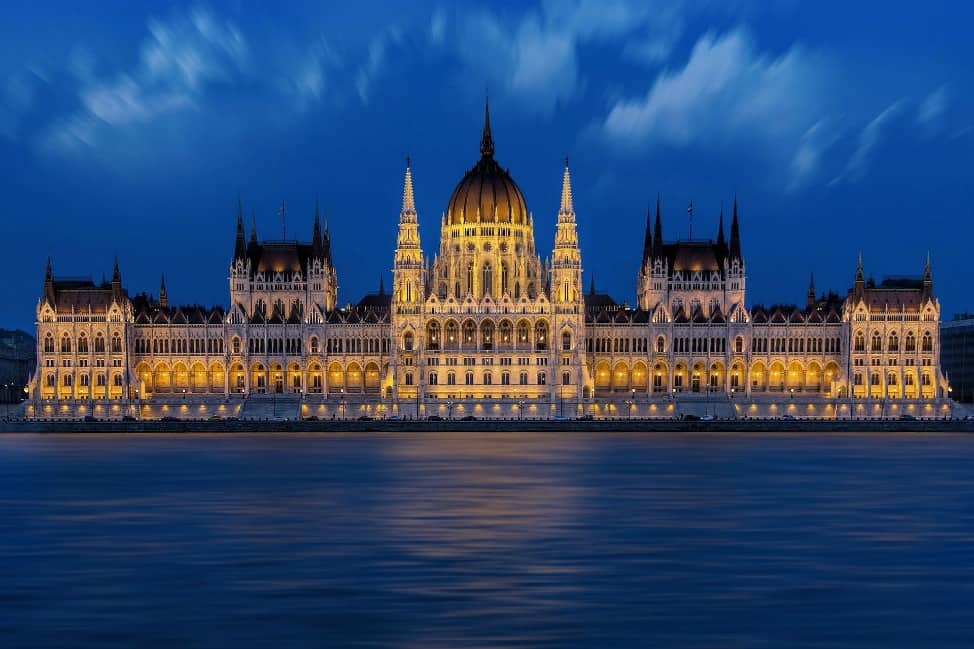 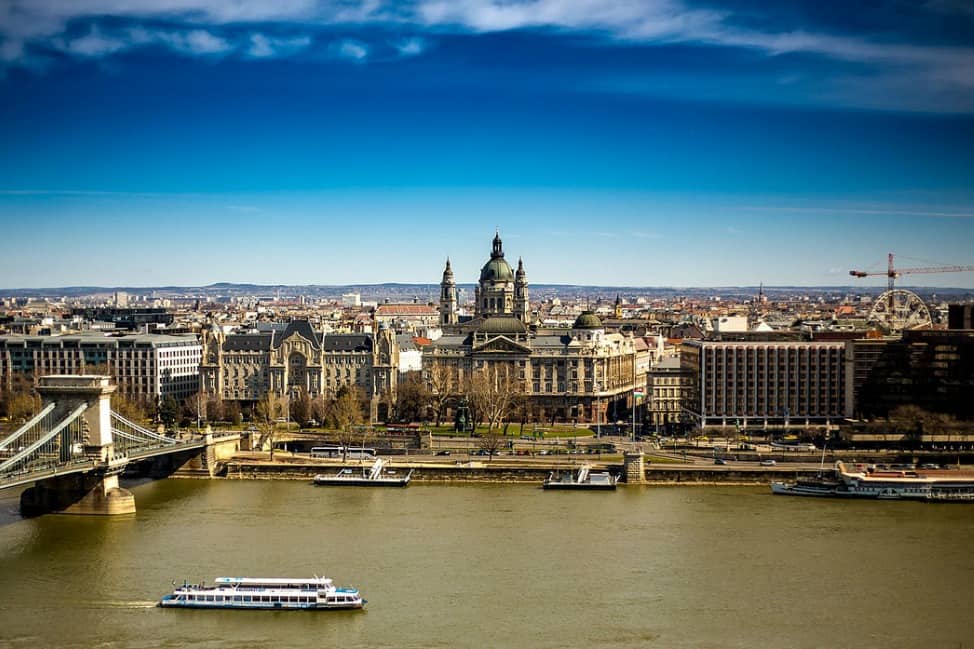 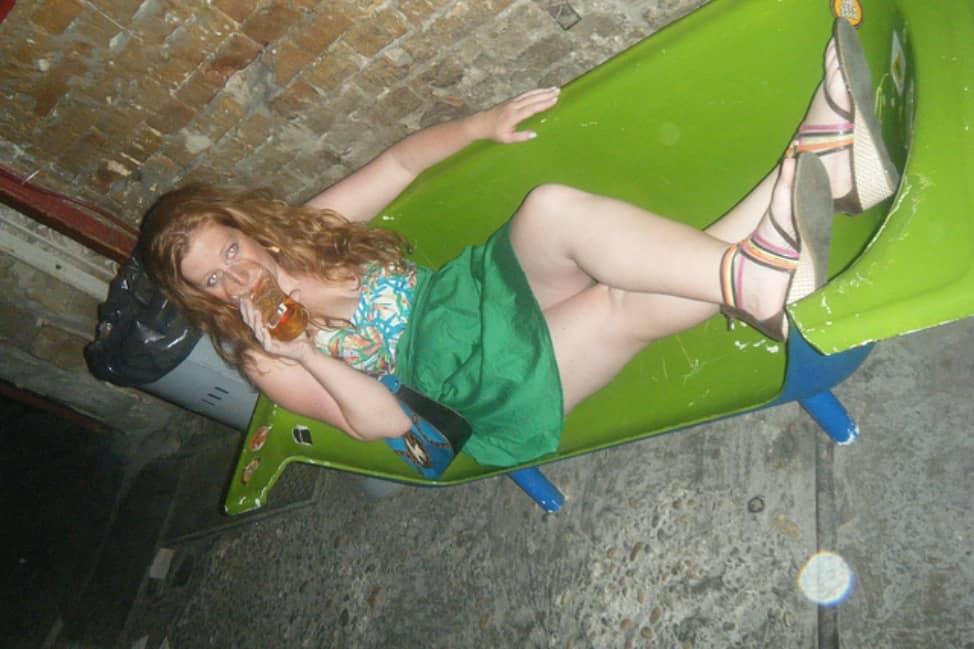