Smell is your strongest memory connector. A certain scent can trigger memory or emotions.

I once wrote a full essay about the smell of sunscreen and its connection to summer. But my strongest scent memory of all comes from waking up in my grandparents’ house in rural Newfoundland, and the smell of my Nanny Kendell’s freshly baked banana bread wafting up the stairs to my bedroom.

In the generations before me, life wasn’t easy in Newfoundland. Poverty and extreme climate meant lack of food variety — or lack of food in general. People lived off the land, but that included mostly root vegetables, fish, and meat. Meals were heavy because people were hungry.

Both my parents come from families of 12. The amount of baked bread being produced in each household per week would put a bakery to shame.

But me, growing up in a tiny family with no desire or need to cook…well, I didn’t learn a damned thing. When I went away for university, my go-to staple was a packet of Sidekicks for dinner, everyday. Nowadays, I can follow a recipe with decent results, but my grandchildren (should I ever have any) certainly won’t be on the receiving end of raisin tea buns and golden, glistening loaves of freshly baked bread. Would they even eat something so heavy with gluten? Probably not.

I’ve written a lot about Newfoundland’s food revolution in the past couple of years, but usually it revolves around traditional food with a gourmet twist.

So what about the real classics? Where can I go for a proper feed of homemade fish cakes, soft toutons, and raisin tea buns?

Lori McCarthy’s kitchen, as it turns out.

Well, the large kitchen she uses at Compton House. She’s the brain behind Cod Sounds, and her cooking classes require some muscle.

On many past travels, I’ve had ample opportunity to dig into cooking classes. Pasta making in Italy. Tabbouleh sessions in Jordan.

I usually sit them out. I prefer to eat and clean up rather than showcase my embarrassing lack of cooking skills.

But when it’s for article research, well — I kinda gotta dig in, don’t I?

Fortunately, there were only three other students in the class, and I wasn’t the only one who expressed cooking incapability. Our first task was to make some homemade bread.

“I have no idea what that means,” said I.

As it turns out, kneading and prepping that dough is a lot of work. Pummel, rotate, add flour, fold. Repeat. This went on forever until it became methodical and soothing, in a weird sadistic way.

When Lori came by and complimented my work, I glowed with pride.

Lori raises her own pigs. She’s a live-off-the-land kinda gal, and she also spends a good deal of time foraging for edible plants along various coves and beachfronts in rural Newfoundland. At the time of our visit, she was anguished over her chickens. Some animal had devoured all but one overnight.

But back to the pork.

Pork pot pies were never a staple in my family growing up, unless it was the kind you’d find in the freezer section at Sobey’s.

Lori actually offers butchery classes, but at this lesson she had brought her minced pork all seasoned and ready to go. The most challenging part of this lesson was assembling the pastry. The water had to be the perfect temperature; we had to finagle a pastry pie by using twine, baking paper, and a jar. I draped the pastry over the bottom of the jar like a little hat. With nimble fingers, I tied the twine around the dough to keep it in place. When the jar was removed, I had a neat little pocket to fill with meat.

We stuck a loaf of bread and the pot pies in the oven, and before long the smell of minced pork and pastry and homemade bread filled up the kitchen and made our stomachs growl.

“There’s no problem that can’t be solved over a raisin tea bun and a cup of tea,” said Lori.

This was a familiar quote from her grandmother.

Raisin tea buns are one of the rare traditional foods that I did eat in abundance while growing up. My Nanny Walsh, who lived next door, would make them with pork. I never particularly enjoyed pieces of gooey fat stuffed inside a bun. But when you’re trying to fatten up your skinny youngsters, I suppose it’s necessary.

The buns were easier to make than the bread, although we weren’t allowed to pummel our dough into a smooth consistency. Instead, we pinched off pieces of butter, added raisins, and began gently combining the ingredients. We pressed the mouth of a drinking glass into the dough to cut out the bun shapes.

When the buns were pulled from the oven some time later, we spread them with soft margarine and ate in the Compton House’s dining room. I almost regret saying they were the best I’ve ever had in my life.

Toutons are fried pieces of bread dough, served up as a breakfast food and usually drenched with molasses. Some people go for maple syrup, but any self-respecting Newfoundlander knows molasses is the only appropriate option.

Lori sliced off pieces of our dough and massaged them into thin, pancake-like shapes, and then slapped them on the stovetop to be fried. I was the only person who ate my touton with molasses. I couldn’t believe it.

I thought that I had successfully made toutons in the past — I even tried my best to recreate the meal in Berlin. But this touton was soft at the centre, and my knife sliced through it like a canoe through water.

As we ate our toutons, Lori made fish cakes. She had already brought all the necessary ingredients, including a plastic bag of salt fish. We, her pupils, were clearly exhausted by the two hours of toiling in the kitchen. So she assembled the little cakes herself, and threw them onto the hot stovetop alongside the toutons. (Not in the same pan, mind you. That’d be ludicrous.) We simply watched.

Lori had brought her own pickled zucchini and homemade bottles of mustard pickles to accompany the cakes. I mean, why are we fighting over those discontinued bottles of Zest Mustard Pickles when we have everything we need right here?

I was sent home with a brown paper bag filled with raisin tea buns, a pork pot pie, and some baked bread. The rest of my dough was tied off in a plastic bag — enough for at least four loaves. I was ecstatic, considering I’d been too poor (still am) to afford groceries and had been living off Stovetop stuffing and a few measly containers of yogurt (much like university, go figure). Back at my housesit, I shoved the plastic bag in the cupboard to keep it away from the cats, totally forgetting Lori’s instructions to place it in the refrigerator.

I went back to eating Stovetop stuffing.

Hiking the Skerwink Trail
What books do you consider re-readable? 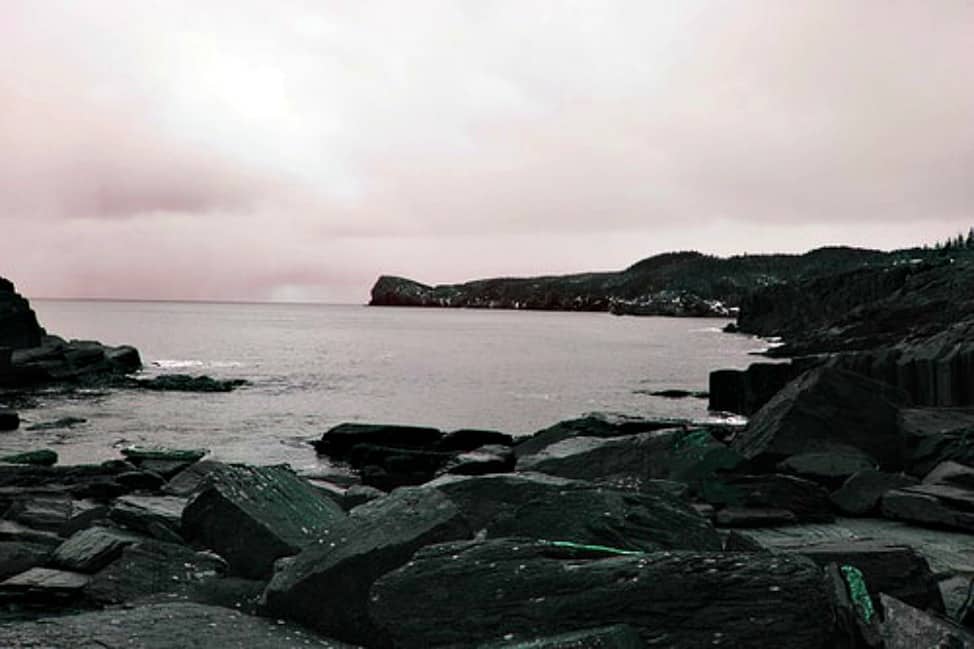 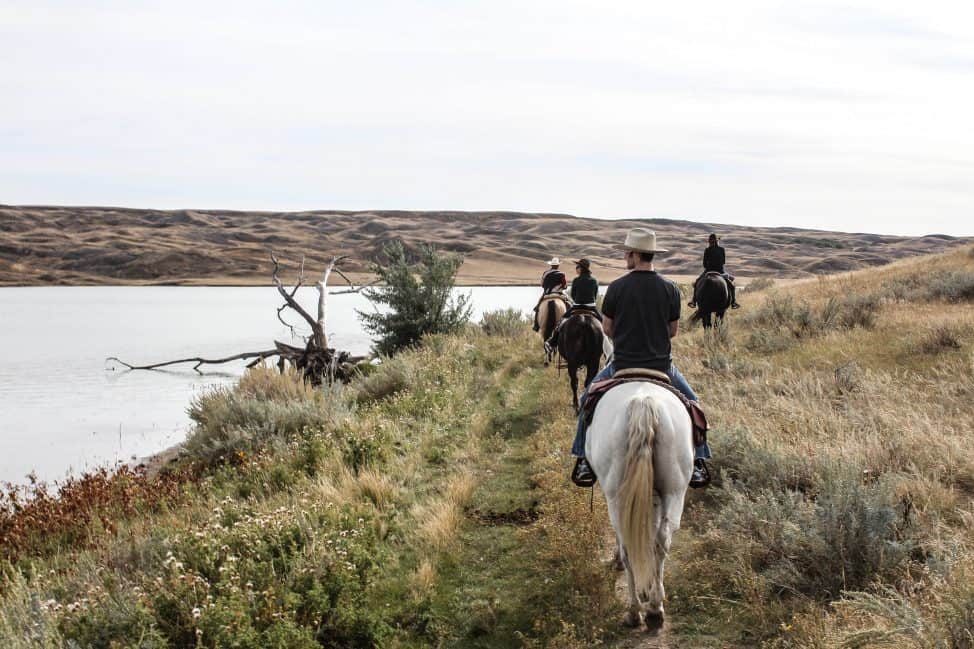 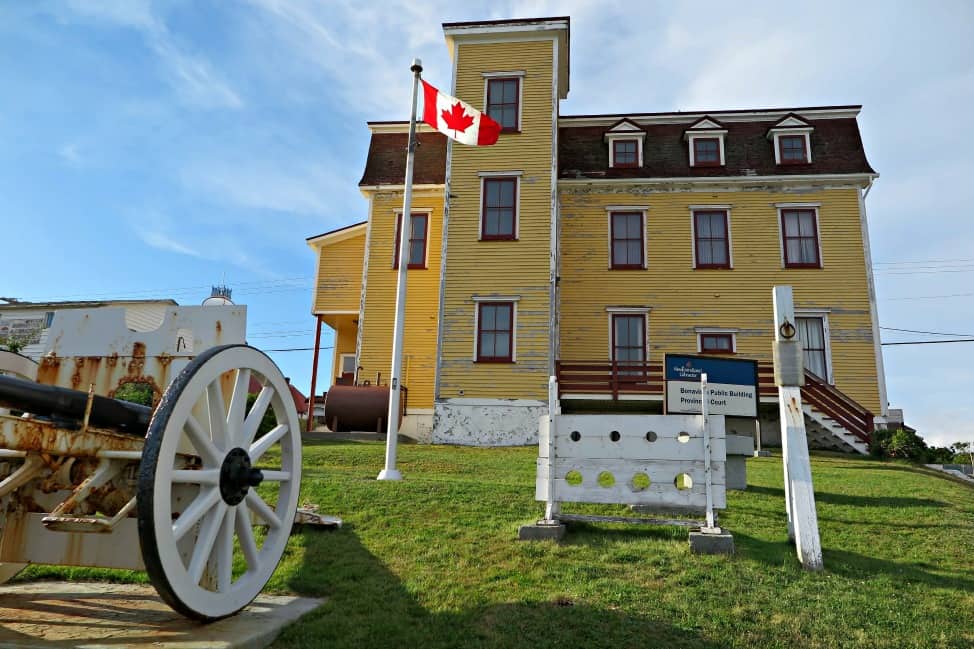