SO, I don’t know if you know this, but Stampede is crazy. Like, probably the most ridiculous 10 days on the face of the planet. I challenge you to name ONE OTHER event that gets as insane as this one. (Maybe Mardi Gras. But no one’s sent me there yet, so…)

I arrived in Calgary one day before the city declared a state of emergency due to the Elbow River flooding. Half the city was underwater, and the Stampede grounds were an ocean.

I have NO idea how Calgary managed to clean up so quickly (the thousands upon thousands of volunteers might’ve helped), but I have newfound respect for a place that rallies its citizens and gives Mother Nature one giant finger. The coolest aspect of the Calgary Stampede? The celebrations aren’t just limited to the park. The WHOLE city gets involved. Bars, oil companies, restaurants, organizations. Every employee, CEO, and visitor dons a cowboy hat, Wrangler jeans, a plaid button-up shirt, a massive belt buckle, and pointy-toed boots. It’s like Halloween for cowboys. (Well, the ladies mostly wear about 1/5 the clothing.) I admit I was overwhelmed. But I came out victorious, valiant, worldly. A better person, albeit dehydrated. Here’s what I learned.

1. If you want to join in the fun, you have to get started EARLY

Friday morning, the start of the Stampede, I was already hungover. But my friend Matt burst into my room and handed me a beer at 10 AM anyway. “Why are you still in bed?” he inquired. “IT’S STAMPEDE TIME, BITCHES!”

Or something to that effect.

By then, visitors had started arriving. We drank disgustingly cheap Co-Op beer before heading to Nashville North, a tent on the grounds, at 2 PM. There was already a line-up.

The same goes for my final day at Stampede. Yes, ten days later, people were still going strong. One of my best friends Ashley and I showed up at the Cowboys tent (just outside Stampede grounds) at 5 PM, and the line-up was predicted to take THREE HOURS. We looked at each other, voted, “YOLO!” and bought a $100 fast-track pass. Because that’s the right thing to do when you’re broke and can’t afford to pay your cellphone bill.

Be prepared to drop a shit ton of cash if you’re here for the whole thing. Beers inside the park are about $6.75 a can, and mixed drinks are worse. Selection is limited as well, typically devoted to Labatt products. Cowboys love their Bud.

I’m going to devote a whole post to this topic, as one evening my friends and I participated in a self-regulated deep-fried food crawl. The menu included deep-fried butter, deep-fried Doritos, deep-fried cheesecake, taco-in-a-bag, chocolate bacon on a stick, and frozen bananas. But goddammit, we missed the double-bacon corndogs. Calgary also has one of the most epic food truck scenes in Canada, and many are present on-site. There’s also a Food Truck Rally, where many of the trucks come to party.

Finally, and although I missed this one due to too many late mornings, every day at least one major corporation in the city offers a Stampede Breakfast. It’s the heavy kinda thing you eat after a full night of drinking: pancakes, sausage, bacon…the works. Even the Peleton Spin (cycling) gym in my apartment building hosted one. Did I mention it’s FREE? The hobos must have a field day (except there are no hobos in Calgary, because everyone is rich). Use the Free Stampede Pancakes site to find one.

4. Check out the chuck wagon races and the rodeo

The rodeo and races are pretty incredible to watch, and I was fortunate enough to have backstage passes to both events. I watched cowboys prepare their animals, and stood on the sidelines as racing horses churned up mud before me. These cowboys are the real deal. I’m not going to go into the “inhumane” conversation on this one, because it’s been beat to death. (Tammy Burns just did a great write-up over at Travel + Escape on the topic.) However, after spending a fair amount of time on various ranches and farms in the prairies, I can testify that cowboys and ranchers love their horses and their animals like they love their family. Perhaps more. I chatted with a chuck wagon racer named Rick Fraser backstage about his experience. The horses have physiotherapists, intense veterinarian check-ups several times daily, stress tests, and limitations to how often they can race. Most of these horses are former thoroughbreds rescued from the slaughterhouse. Fraser talked about how he recently had to put down one of his best horses due to old age, and his eyes brimmed with tears as he recounted the story. I totally respect your opposite opinions, and will high-five you on the compassion, but we’ll agree to disagree. BUT DAMMIT WE’RE NOT GOING TO TALK ABOUT THAT.

After one week of Stampede, I needed to get out of town for a bit. My friends and I headed to Banff, half of them never having seen the Rockies. Newsflash: despite all the flood damage, Alberta is STILL awesome to travel. We hiked Johnston Canyon, visited Lake Louise, and I brought in my 27th birthday at Banff Avenue Brewing. I also ate a PB&J sandwich at The Eddie. It just makes so much sense. Before that, we headed to the Badlands, the prairie-area of Alberta where dinosaurs once roamed. We visited ghost towns and canyons, farmers and ranchers. Until next year, Stampede. It’s not YEE-HA, it’s YAHOO.

Have you ever had a seaweed bath?
Post-flood Alberta: The prairies still rock and Banff is my happy place 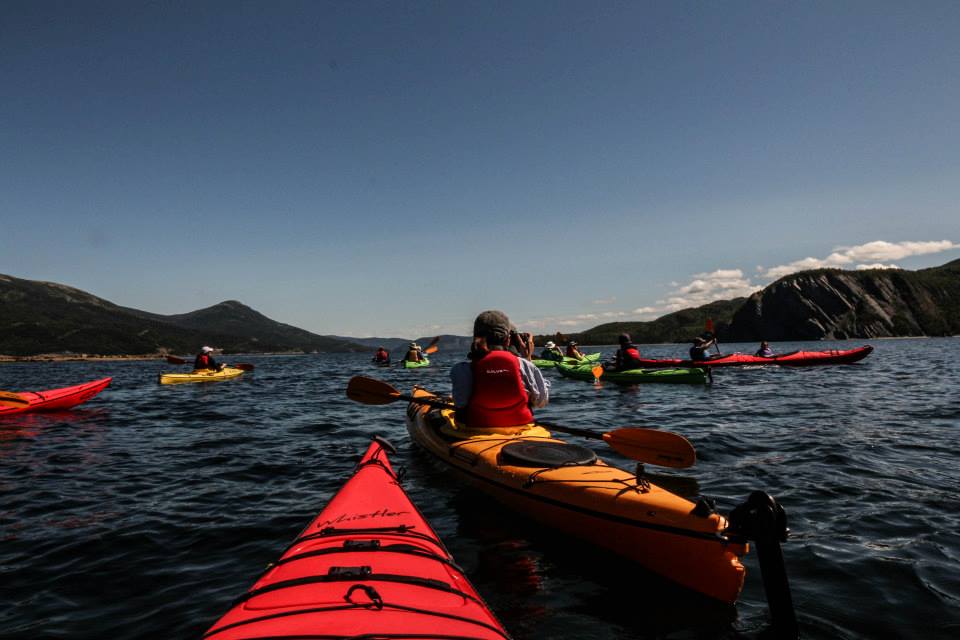