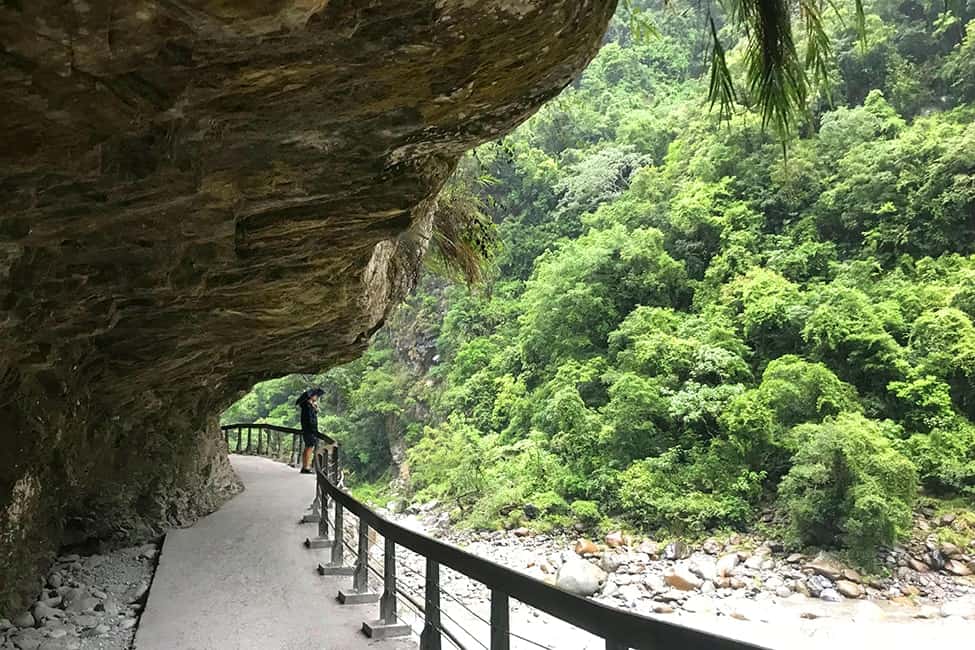 8 reasons why I loved Taiwan even more than Hong Kong

Most of my trip planning for Asia revolved around my Hong Kong itinerary. To be honest, I hardly did any preliminary reading about Taiwan. Bad journalist. Bad!

But Taiwan was a delightful surprise. I’m kind of glad it turned out like that. I really did not know what was in store – and it was a completely different experience from Hong Kong.  AND Typhoon Manghut kept us delayed for a few extra days, so I had even more time in the country than expected.

Here are some reasons why I fell in love with Taiwan.

1. Taipei is a big city, but it’s not congested

Hong Kong was an incredible experience, but I often felt hemmed in by crowds and skyscrapers. Taipei was the opposite – a sprawling metropolis with surprisingly a lot of space and not a whole lot of congestion.

Population wise, Taipei is a lot smaller than Hong Kong with 2.6 million people compared to 7.4 million. So it makes sense that it doesn’t feel as crowded, but the overall atmosphere was different too. It was just calmer. Somewhat slower. A little rougher around the edges.

Taipei isn’t even a very attractive city; it’s a lot of grey concrete. But some of its architecture, like Taipei 101, make up for it.

One of my favourite moments: When the journalists discovered that the hotel pool at our Sheraton was closed, the staff told us that we’d be sent to their sister hotel. They’d even arrange and pay for the taxi. So Michael (my new friend) and I hopped in a taxi and took off for Humble House.

I guess the Sheraton staff had informed the Humble House staff about our imminent arrival, because the front desk staff, the elevator staff, AND the pool staff all greeted us with: “Are you from the Sheraton?” It was quite a production. And then we walked out to the rooftop pool and found this:

We had the entire thing to ourselves, for hours.

Our very first meal in Taipei was my favourite of the whole trip. I’ve talked about it so often I’m pretty sure my friends think I’m a freak. A dumpling freak.

We ended up at Din Tai Fung in the basement of Taipei 101. This place is famous for its dim sum, and you’ll have to book well in advance to get a table. But – oh my god – the wait is worth it.

You can watch the chefs at work in the kitchen assembling the dumplings. There’s a dozen of them decked out in white coats and face masks bustling around the tables at breakneck speed.

I’ve talked about these things so much that I might actually be banned from dinner parties now. Popping one of those soup dumplings (Xiao Long Bao) into your mouth and having it burst ALL OVER YOUR TONGUE is one of the greatest pleasures I’ve had in my life.

I’m not sorry I get so excited about dumplings. I friend of mine in St. John’s recently posted an Instagram story about having dim sum in a local restaurant and my message to him went something like: “OMGFMEWH!!!!!! WHERE IS THIS??!!!!!!FDKJSF:S” Followed by hysterical emojis.

Nearly 70% of Taiwan’s landmass is mountainous. Beyond the cities is a whole world waiting to be explored by foot, bike, or kayak. Half of our trip took place outside of Taipei and in Taiwan’s rural heart. From tea plantations to gorges to terrifying winding cliffside roads, it felt so good to leave the city and explore the Hualien area.

Taroko Gorge is Taiwan’s most popular tourist destination. The bright blue Liwu River cuts right through the gorge, leaving behind deep valleys and marbled canyons. It’s lush here, and over half the island’s plant and animal species are found within the park.

The typhoon sent a lot of heavy rain our way, but our stalwart leader Michelle was adamant about us staying on schedule. It poured buckets the day we were meant to explore Taroko Gorge, but we were meant to hike the easy 4.4-kilometre Shakadang Trail trail that hugs the river.  So hike it we did.

Even with heavy rain, the gorge was unreal. The trail meanders along the bank with overhangs sometimes so low you have to duck your head. The river below was turbulent, and I wasn’t blind to the CAUTION: LANDSLIDE signs, but I was happy to be out there. After the drama of the week – my break-up, Mom being hospitalized – I didn’t realize how badly I needed some meditative walking time.

Nature. For whatever ails ya.

The Changchun Trail is another easy one (just 1.5 kilometres) and it’ll take you to the Eternal Spring Shrine. There were fewer people on this trail, and I had some rare alone time inside the shrine.

There are more serious hikes in the Gorge as well, like the Zhuilu Old Trail which requires a permit. It’s NOT for those with a fear of heights!

4. Getting my fortune at the Long Shan Temple

My first Taiwanese temple was the Long Shan Temple in Taipei. It was decidedly more elaborate and busier than the ones we visited in Hong Kong. As Michelle pointed out, always enter through the dragon side (the right door) and exit from the tiger side (left)!

The temple was founded in 1738 by Han immigrants. It wasn’t just a house of worship –  it also served as a municipal, guild, and self-defence centre. The building is devoted to the Bodhisattva of mercy (Guanyin), but there are also 100+ other gods and goddesses worshipped elsewhere in the temple. I was most in awe of the colourful folk art and bright red-and-gold design adorning every single inch of the place.

Michelle showed us how we could the divination blocks to help foretell our future. First, I posed a question in my mind, and then I tossed the two blocks onto the floor. Michelle helped me interpret the answer by pulling out a bamboo stick from a tall basket – then, I was given a number. On a chest of drawers in the corner, I matched my number to the one on the appropriate drawer, and withdrew my answer.

I had asked if the break-up was the right thing to have happened. My answer was, “you must change your way to gain a wide reputation.” I’m not sure if the deities are telling me to be a hooker, or to smarten up and focus on my career.

5. Hanging out at the Hakka village with the Amis tribe

Taiwan is home to 14 aboriginal tribes – including the Amis tribe, which is the largest group of about 200,000 people. But like aboriginal communities worldwide, they’ve struggled to keep their culture and traditions intact.

That’s why the Hakka village was set up (in the Hualian area). It’s a hands-on, interactive learning experience for visitors who are completely unfamiliar with the tribe.

Our day started with some arts and crafts. Our guide – with the aid of a translator – showed us how to decorate burlap bags in true Amis fashion. We roamed around the village picking out flowers, leaves, and other bits of flora to mash into our bags with a heavy rock. We sat for at least an hour, pounding away at our bag, until some sort of inspirational artwork took form.

I am not one for textiles, evidently.

Next we learned how to make fire using two pieces of bamboo. Leaning into one piece of bamboo driven into the ground at an angle, I used a shorter stalk to rub up and down the longer piece. But like, vigorously. I kept at it for two minutes until I could smell smoke, but at that point my arms gave out and I nearly punctured my stomach with the long stalk. Anyway. Nobody successfully started a fire – except for the guy showing us how to do it. He made it look effortless.

Later, we were served the most epic of dinners all on giant leaves, including soup cooked with hot stones pulled from a fire. Our guides showed us how they make dessert (sticky rice balls) using an enormous mortar and pestle, grinding the rice over and over until it makes a fine paste at the bottom of the mortar. After we were served, I noticed with amusement the young firestarter pulling bits of sticky rice off the bottom of the pestle – much like we would with cake batter at the end of a beater.

You can contact the village at cidal.com.tw. But you may have to arrange for your own translator.

The National Museum of History in Taipei has some of the most impressive arts and cultural artifacts in Taiwanese history. You’ll need to clear a full afternoon for your visit – the place is enormous. You’ll find oracle bones, porcelain, rope-pattern pottery, Han ceramics, and more. If you’re short on time, it helps to do a tour.

Originating in Beijing, the jade cabbage is a perfect replica of a bok choy with white stalks, green leaves, and a locust and a katydid. The detail in this piece of work is incredibly delicate and specific – it’s hard to believe it’s carved from jade.

It’s easily the most popular display in the museum, and apparently it draws sightseers in the same numbers as the Mona Lisa does. I had to really push through the crowd to see it up close for myself, and although the size of it is underwhelming, it really is a marvellous work of art.

I just love the genuine enthusiasm for this little jade cabbage. The museum’s gift shop is chock full of jade cabbage souvenirs, including fried-egg shapers and bottle openers. The restaurant has an edible replica (with shrimp being used as the insects).

Within Taipei’s city limits is a fantastic bath house where all the locals like to hang out. It cost us about $2 for entry, but they’re strict about your attire – you have to be wearing a proper swimsuit.

I sincerely do not like bath houses. I do not feel like roasting in a hot pool of water alongside some old men in Speedos. Just not my thing.

But this was truly a local experience, and the other journalists and I were very much the only outsiders there. The locals found us quite amusing as we stepped into the hottest pool and could only stick around for two minutes before moving on to the next one. Literally, everyone laughed.

You have to wash your feet off before you climb in. AND: did you know it’s illegal to not wear a swim cap in a pool in Taiwan? True story. It’s sexy.

Bonus: Visit the nearby Thermal Valley  and the Plum Garden Museum (dedicated to Yu You-ren, one of the fathers of Chinese calligraphy).

At the Taipei night market I earned an appreciation for all things stinky tofu and oyster omelettes. I relished the experience more than anything else.

We could hardly work our way through the dense throngs of people around here, but Michelle took us to some of her favourite food stops. We had bowls of soup, and (my favourite) mango shaved ice. We eventually made our way underground into the market there, where we devoured plates of seafood and other goodies.

Later, when Michelle went home, we came back to the underground market for more food. As we were sitting at a table chewing on prawns, one of my friends elbowed me and told me to look at the wall. It was alive with cockroaches. I think I earned my Asia street cred.

The year that wasn’t mine
Everything I read in 2018: The Best and Worst 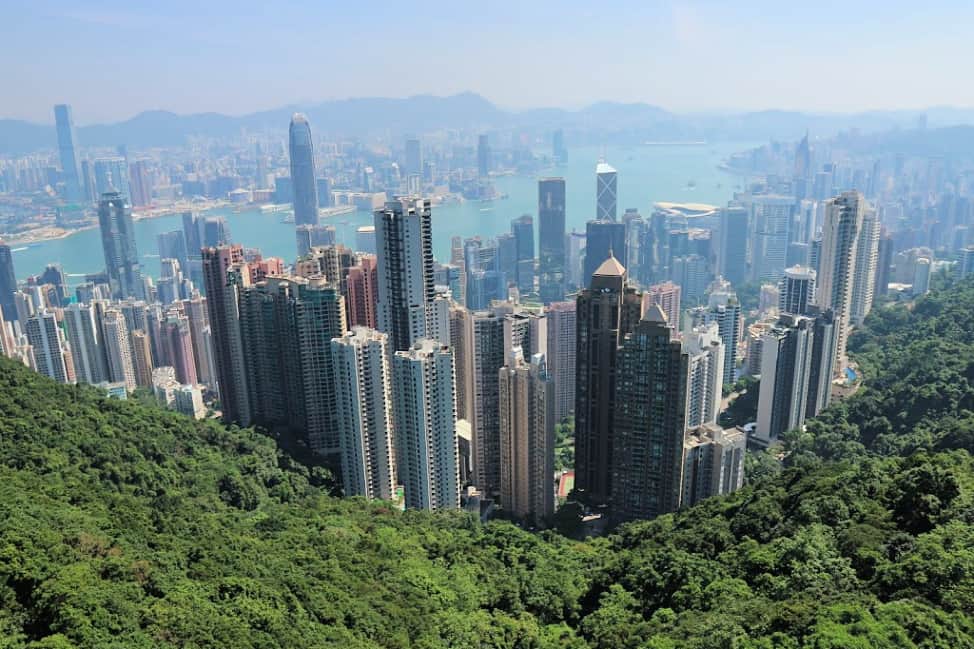 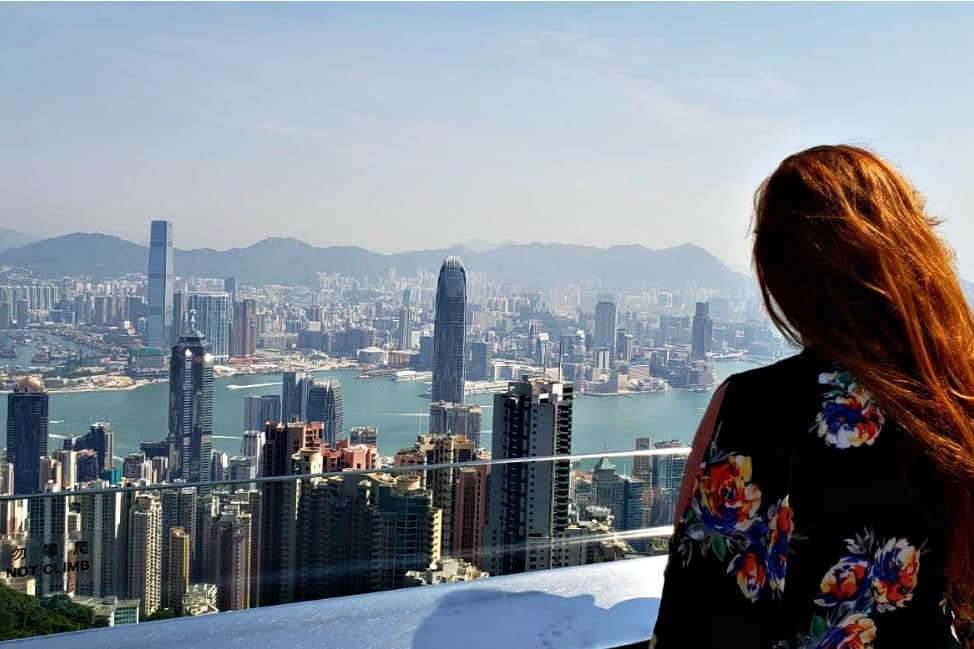 11 Amazing experiences I had in Hong Kong and Taiwan